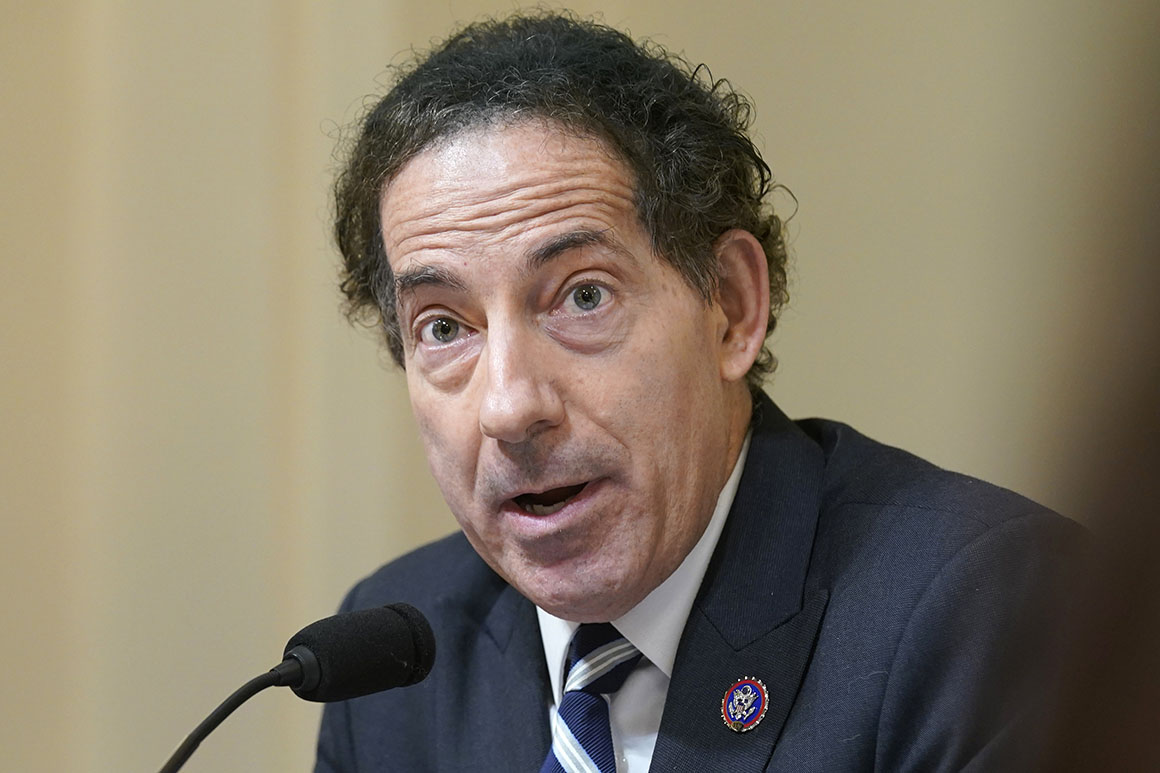 “We have the full panoply of sanctions available for people who refuse to comply with a congressional subpoena,” said Rep. Jamie Raskin (D-Md.), one of the Jan. 6 Committee’s nine members. “We want the truth to come out, not just about the foot soldiers but about the generals too.”

“We’re very aware that time is of the essence,” added Rep. Zoe Lofgren (D-Calif.), a member of the panel and a veteran of three presidential impeachments.

The Jan. 6 panel signaled its impatience last week when it skipped the usual haggling over voluntary invitations to testify, instead slapping former White House chief of staff Mark Meadows, longtime Trump aide Dan Scavino, former Trump adviser Steve Bannon and national security aide Kash Patel with subpoenas. Only one of the witnesses would comment in public — Patel, who complained about the process.

Based on interviews with seven lawmakers on the Jan. 6 Committee, here are the options the committee is poised to pursue, should these witnesses and others decide to fight back:

Rep. Adam Schiff (D-Calif.) previewed the possibility of holding resistant witnesses in contempt last week, emphasizing that while Congress’ citations often went ignored during the Trump presidency, the Biden Justice Department is less likely to stand in the way. It seems to be the first step the Jan. 6 committee will take if any Trump allies defy subpoenas.

Asked about the possibility of contempt proceedings, Rep. Elaine Luria (D-Va.) told reporters the committee had “discussed all the actions, and we will wait to see how people respond and then decide what the appropriate action is after that.”

Congress has been reluctant to offer immunity to witnesses in politically sensitive investigations, fearing that extending even limited protection to potential wrongdoers could derail potential prosecutions. But the Jan. 6 investigation could be an exception.

Multiple members of the panel said that, if necessary to cajole testimony from a reluctant witness, immunity offers were in their arsenal. And they emphasized that their decisions are carefully coordinated with the Justice Department to ensure they don’t disrupt the DOJ’s parallel Jan. 6 investigation.

“There has been ongoing conversation with the Department of Justice as we move forward,” Thompson said.

Congressional investigators could drill down even further on this tactic and offer a specific immunity known as “use” immunity, according to Lofgren. Use immunity permits witnesses to testify about their conduct without risking prosecution for anything they say in the deposition.

Though prosecutors could theoretically still bring charges based on evidence collected separately, the Justice Department has encountered major problems in the past in prosecuting witnesses who testified under such immunity. As such, “use immunity” provides significant protection for witnesses to discuss potentially criminal actions that they or their associates might have committed.

One odd wrinkle could aid the committee’s information gathering. Lofgren noted that anyone pardoned by Trump for conduct connected to the committee’s investigation would be unable to invoke a Fifth Amendment right to decline testimony. It’s unclear which witnesses might fit this description, but Trump issued post-election pardons to a handful of witnesses the Jan. 6 committee has expressed interest in obtaining information about: Bannon, Roger Stone, Michael Flynn, Bernard Kerik and George Papadopoulos.

Members of the Jan. 6 committee say they have one cudgel that wouldn’t require them to go to court at all: fear of the unknown. An untold number of witnesses have come forward to provide voluntary testimony — and their cooperation could spook some ex-Trump hands to work with investigators, rather than let others speak for them.

“At a certain point, these people might begin to wonder what kind of information we already have,” Raskin said. “Nobody should be telling himself that they’re going to sweep the facts under the rug.”

“We have a number of individuals who have reached out to us who are coming in without subpoenas coming in to talk to us,” said Committee Vice Chair Liz Cheney (R-Wyo.). She added that the committee had already met with some witnesses “in some cases.”

The committee has even gleaned useful information from a public tip line, including “valuable leads and additional people,” Luria said.

Perhaps the most important weapon in the Jan. 6 Committee’s arsenal is the current president. Only Biden — the chief executive — can invoke executive privilege to prevent the disclosure of a predecessor’s secrets. And the White House has signaled that Biden is strongly considering waiving the privilege when it comes to material sought by the Jan. 6 panel.

That might also apply to the testimony of former White House aides, some of whom would conceivably have been considered part of Trump’s inner circle.

Perhaps the least likely option in the committee’s toolbox is inherent contempt: Congress’ unilateral authority to fine or even jail recalcitrant witnesses.

Though there’s little dispute Congress has this authority, it has languished in disuse for a century. And in recent congressional probes — despite howls from some Democratic factions to dust it off — House Counsel Doug Letter has made clear this option simply would not be feasible, both practically and politically.

Schiff has noted that attempting to wield inherent contempt might still wind up before federal courts, bogging down the process for months and undermining the decision to deploy it in the first place.

But that hasn’t stopped lawmakers from musing about the possibility. House Majority Leader Steny Hoyer, asked Tuesday about the prospect of inherent contempt, said the process “is on the table and will remain on the table.”

Raskin confirmed the committee hasn’t ruled it out.

“There is a growing appetite for using Congress’ own contempt powers,” he said.

Josh Gerstein contributed to this report.