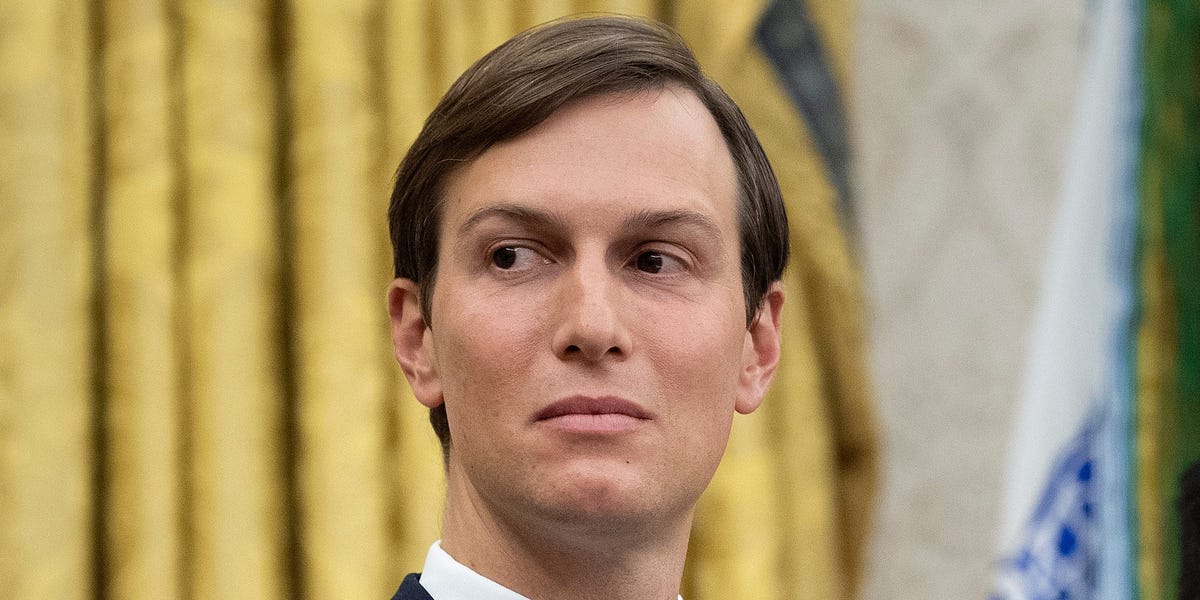 Peter Navarro, the former White House trade advisor, suggested that Jared Kushner faked a claim that he had cancer to help sell copies of his forthcoming memoir.

Trump’s son-in-law wrote in his book, “Breaking History: A White House Memoir,” that he was diagnosed and treated for thyroid cancer while he was working in the White House as a senior advisor, The New York Times reported.

According to the book, Kushner was diagnosed in October 2019 and sought to hide the illness from Trump, though the then-president eventually found out.

Navarro was asked in a Thursday night interview with Newsmax, shared by Mediaite, why Kushner would have hidden his diagnosis from Trump.

Navarro said in response: “That thyroid thing, that came out of nowhere. I saw the guy every day. There’s no sign that he was in any pain or danger or whatever. I think it’s just sympathy to try to sell his book now.”

Navarro has repeatedly criticized Kushner in the past, an example of one of the many feuds among those in Trump’s orbit.

According to the Mayo Clinic and Britain’s National Health Service, thyroid cancers can cause swelling and pain in the neck, a sore throat, and difficulty swallowing, but often don’t show obvious signs or symptoms early in the disease. Kushner said his cancer was caught early, The Times reported.

Navarro went on to call Kushner a “one-man wrecking crew” whose “only qualification was that he was the boss’s son-in-law.”

Representatives for Trump and Broadside Books, the publisher of Kushner’s memoir, did not immediately respond to Insider’s request for comment.

Navarro, then a little-known economist, reportedly had Kushner to thank for his White House job, with Kushner discovering Navarro’s book on Amazon in 2017 and cold-calling him to invite him to work in the Trump White House. The book’s themes chimed with Trump’s criticism of China and protectionist instincts.

During the coronavirus pandemic in 2020, the two helped lead a Trump adminstration task force to procure vital medical equipment, despite both having little experience.

Navarro was critical of Kushner’s efforts in his 2021 book, “In Trump Time: A Journal of America’s Plague Year,” specifically criticizing “Project Airbridge,” a short-lived program designed by Kushner to fly personal protective equipment from Asian manufacturers to US hospital suppliers.

Navarro wrote that Kushner’s project undermined US manufacturers, claiming that economic moves like Kushner’s “helped drive up the trade deficit even as it careened this country further into its foreign import dependency ditch.”

Other revelations from Kushner’s memoir include the allegations that John Kelly, who worked as Trump’s chief of staff from 2017 to 2019, secretly listened to all of the then-president’s phone calls, and once shoved Ivanka Trump, Kushner’s wife and Donald Trump’s daughter. Kelly emphatically denied the shoving claim.

Earlier this week the Justice Department sued Navarro to turn over communications he sent and received while working in the White House, accusing him of “wrongfully retaining” records that should have been turned over to the National Archives after Trump left office.