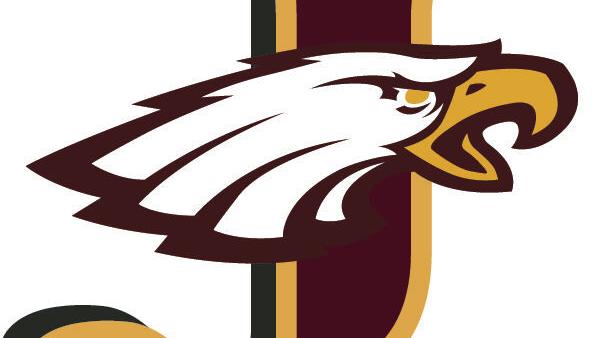 JEFFERSON — The Jefferson school board delayed action Monday on a measure that would have set definitive metrics at which point masks would be required indoors in the local schools.

The district’s existing COVID-19 mitigation plan allows for “situational” mask requirements but does not lay out a definite point at which masks would be required in a specific class, school, grade level or district wide.

The board’s vote to delay this decision came after two hours of public comment at Monday night’s board meeting in which speakers on both sides of the issue mostly reiterated points made at previous meetings.

In total, about 23 people addressed the school board Monday. Many had spoken at previous meetings.

A handful spoke in favor of masks while the rest tipped strongly toward keeping masks optional in Jefferson schools. Overall, about 75 members of the public attended Monday’s meeting.

Introducing the potential addendum to the existing Jefferson COVID mitigation plan, district superintendent Charles Urness noted that schools with mask mandates have been shown to have much lower COVID-19 infection rates than those without such mandates.

He cited the example of Oconomowoc, where masks are not required, and which last week had 150 students in isolation after testing positive for COVID-19.

And while child deaths are rare, they do occur, Urness said, with Wisconsin recording the deaths of two children who had COVID-19 in the past couple of weeks.

The idea behind establishing specific metrics would be to allow the district to take mitigative measures before COVID-19 levels got to the point that a classroom, school or the district as a whole had to switch to virtual instruction.

“We have found that the best learning is in-person learning,” Urness said. “I don’t want Jefferson to have to move to virtual.”

With Wisconsin Governor Tony Evers’ prior mask mandates struck down by the state Legislature as governmental overreach, the decision as to whether to require masks falls to local decision-makers at the county and school district level.

The School District of Jefferson has 2,069 students, with the overall population of people living within the district listed as 13,564.

When making health determinations, Urness said district officials prioritize the local data, eyeing the number of cases, positivity rates and trends within the schools and the immediate community, then secondarily look at figures for the rest of the county.

Urness said that in “good old July,” the district was seeing around one positive case over seven days. By the end of August, that number had risen to 38.

School started Sept. 1, with a mask mandate — approved in August — in place. By mid-September, Urness said, COVID-19 numbers within the district had dropped. The district recorded 22 cases in the seven-day period ending Sept. 10.

After hearing from large numbers of parents — the overwhelming majority of whom wanted masks to be optional, the school board voted Sept. 13 to change its COVID-19 protocols, discontinuing the mask mandate, and loosening quarantine and contact tracing requirements.

“Student confirmed positives have been relatively low,” Urness said. “Is that because people are wearing masks, because they’re being careful, or because not a lot of people are getting tested? It’s probably a combination of all three.”

The district’s existing COVID-19 protocols — those approved Sept. 13 — do include some baseline mitigation measures, and they also allow for situational measures, stating that masks could be required in a classroom or school if COVID-19 numbers get too high.

However, the existing plan does not include a specific metric at which those additional measures would kick in.

The action under consideration by the school board Monday night, which members chose to delay voting on, would have established specific numbers as opposed to general terms, to add guidance to the policy already in place in the district.

The proposed metrics were as follows:

If COVID-19 levels are moderate, masks would be recommended but optional.

If COVID-19 levels are substantial, defined as less than 0.5 percent to 0.99 percent of students and staff with confirmed positives, masks would be required in indoor settings at the elementary level only.

And if COVID-19 levels are high, with more than 1 percent testing positive within a given week, the proposed metrics would have called for mask requirements K-12 regardless of students’ vaccination status.

At the 3 percent level, the county health department already sends letters to districts urging them to take immediate action to stop the spread. A couple of districts already have received these letters this school year, including Waterloo and Fort Atkinson.

Fort Atkinson established a mask mandate Sept. 16, and since then has seen its COVID-19 numbers go down, Urness said.

“We are doing well right now,” Urness said. “If we stay where we are, we don’t need a mandate. If numbers go higher, the idea is to employ these mitigation strategies before we get to the point where we have to go virtual.”

If a mask mandate were implemented at a particular level (elementary, middle or high school) it would be in effect for one week and would be reviewed when new figures came in at the end of the week.

Board member Matthew Peltier said he liked the direction the proposed supplemental guidelines were taking, though he had some questions, wondering if the district could put these measures in place for specific schools if necessary.

Board member Dick Lovett said he, too, preferred to add the metrics into the district guidance, saying, “I see this as a step in the right direction. It’s an opportunity for our youngsters, our families, to live the life they want. Then, if we get high transmission, that’s where we have to take action.”

A few board members said they felt the 1 percent threshold was pretty low, and suggested these metrics be adjusted.

Peltier introduced a motion to table a vote on adding these metrics so that an adjustment could be considered.

Voting in favor of tabling were board members Tanya Ball, William Condon, Glenn Fleming and Peltier. Board members Dick Lovett, Ebel and board President Terri Wenkman voted against tabling the measure.