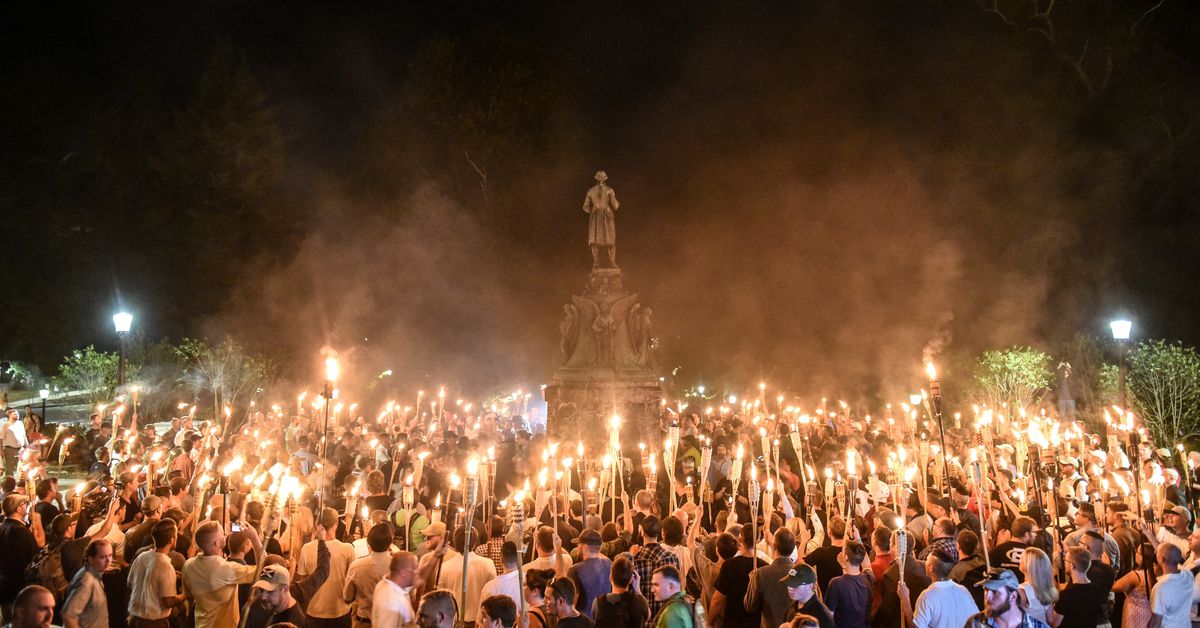 Nov 23 (Reuters) – A federal jury in Charlottesville, Virginia, on Tuesday found the organizers of the 2017 “Unite the Right” white nationalist rally liable for injuries sustained by counter-protesters and awarded approximately $26 million in damages.

The nine plaintiffs in the case said they suffered physical or emotional trauma at the rally, including four who were struck when a self-described neo-Nazi, James Fields, drove his car into a crowd of counter-protesters, killing 32-year-old Heather Heyer.

After a four-week trial, the jury found in favor of the victims on four of six counts but was unable to come to a unanimous verdict on the other two, according to court filings.

The rally followed months of protests over the city’s plan to remove a statue of Confederate General Robert E. Lee. Hundreds of white nationalists traveled to Charlottesville in August 2017, with some marching on the University of Virginia campus carrying torches and chanting “Jews will not replace us!”

Then-President Donald Trump was criticized for initially saying there were “fine people on both sides” after the rally devolved into violent clashes.

President Joe Biden has frequently cited the torch-lit march and Trump’s response as the event that precipitated his decision to mount another run for the White House, after two previous unsuccessful campaigns.

“We are thrilled that the jury has delivered a verdict in favor of our plaintiffs, finally giving them the justice they deserve after the horrific weekend of violence and intimidation in August 2017,” the plaintiffs’ co-lead lawyers, Roberta Kaplan and Karen Dunn, said in a statement.

The two dozen defendants included Jason Kessler, the main organizer; Richard Spencer, who originated the term “alt-right,” a loose network of groups characterized by a rejection of mainstream politics that includes white supremacists and neo-Nazis; and several white nationalist groups.

Joshua Smith, one of the defense lawyers, told reporters he viewed the jury’s inability to reach a consensus on two federal conspiracy counts as a “victory” given the disparity in resources between the plaintiffs’ and defendants’ legal teams.

The victims sued for assault and battery, intentional infliction of emotional distress and violations of both Virginia and U.S. civil rights laws.

The defendants argued that they were exercising their constitutional rights and had secured a legal permit for the rally, blaming the deadly violence on Fields, the driver who killed Heyer, and others.

Fields was sentenced to life in prison after being convicted of murder and hate crimes.

In a statement released by the organization, the plaintiffs said, “Our single greatest hope is that today’s verdict will encourage others to feel safer raising our collective voices in the future to speak up for human dignity and against white supremacy.”