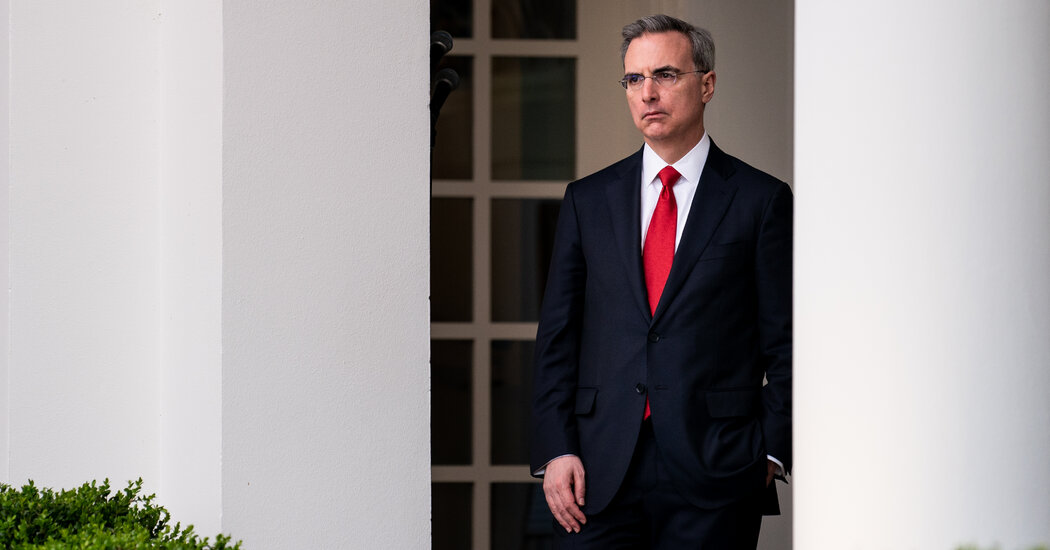 Pat A. Cipollone, the White House counsel under former President Donald J. Trump who tried to stop some of his more extreme efforts to overturn the 2020 election, has been subpoenaed by a federal grand jury investigating activities in the lead-up to the Capitol riot on Jan. 6, 2021, a person familiar with the subpoena said.

It was unclear which grand jury had called Mr. Cipollone to testify as a witness. Two are known to be hearing evidence and testimony — one looking at the scheme by some of Mr. Trump’s lawyers and advisers to assemble slates of electors who would falsely claim that Mr. Trump was the actual winner of the election, and another focused on the events of Jan. 6.

But Mr. Cipollone is the highest-ranking White House official working for Mr. Trump during his final days in office who is known to have been called to testify by federal investigators.

He was in the West Wing as Mr. Trump’s supporters violently stormed the Capitol and the president refused repeatedly to call them off. Mr. Cipollone also attended several meetings in the run-up to the riot in which Mr. Trump and his allies discussed how they could overturn the election and keep him in office.

Mr. Cipollone repeatedly pushed back on those efforts.

The subpoena was reported earlier by ABC News. An aide to Mr. Cipollone did not immediately respond to requests for comment. A spokesman for the Justice Department declined to comment.

Mr. Cipollone’s appearance has been requested at a time when federal prosecutors are sharpening their focus on the conduct of Mr. Trump, and not simply the people who were advising him.

In recent weeks, investigators have asked witnesses questions about Mr. Trump and his actions, including of people who worked in the White House. Two former senior advisers to Vice President Mike Pence — his chief of staff, Marc Short, and his chief counsel, Greg Jacob — recently testified before one of the grand juries, according to people familiar with their appearances.

Given the nature of Mr. Cipollone’s job, it was unclear how much information he would provide. He was subpoenaed by the House committee investigating the Jan. 6 riot and the events that helped precipitate it, and sat for a transcribed, recorded interview.

But certain terms were discussed ahead of time, and Mr. Cipollone, citing attorney-client and executive privilege, declined to discuss specific conversations with Mr. Trump.

Mr. Cipollone was a witness to some of the most significant moments in Mr. Trump’s push to overturn the election results, including discussions about seizing voting machines, meddling in the Justice Department and sending false letters to state officials about election fraud.

“That’s a terrible idea for the country,” he said of suggestions that the Trump administration seize voting machines, adding, “That’s not how we do things in the United States.”

Mr. Cipollone was also in direct contact with Mr. Trump on Jan. 6 as rioters stormed the Capitol and told the House committee he believed more should have been done to call off the mob.

“I think I was pretty clear there needed to be an immediate and forceful response, statement, public statement, that people need to leave the Capitol now,” Mr. Cipollone testified.

This story expires at 2:27am on Thursday November 3rd, 2022 and will be deleted.