The Democratic National Committee (DNC) slashed their price for a photo with Vice President Kamala Harris at a women’s forum amid the veep’s cratering approval rating.

Harris was slated to appear at the DNC’s Women’s Leadership Forum this year as a headliner with a reported $15,000 price tag for a photo with the vice president.

The event ended up not selling enough tickets and was postponed along with the five-figure price tag for donors to have their picture taken with a sitting public servant. 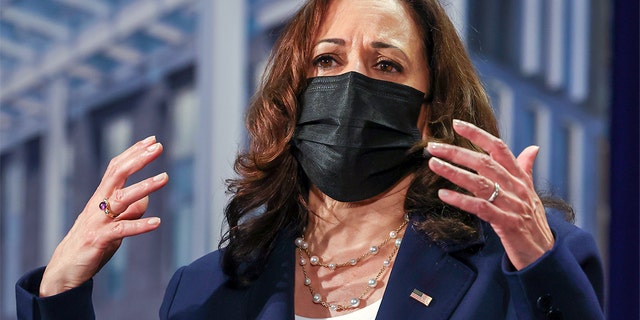 However, those who want a picture with Harris and have $5,000 to burn, amid soaring inflation and rising gas prices, have another shot at getting their picture taken with Harris after the DNC reportedly slashed the price ahead of Harris’ June fundraiser in her home state of California, according to Puck News.

The clearance price on a photo with Harris comes as she faces an abysmal 39 percent approval rating, three points lower than her boss’ approval rating.

Harris has faced political fires since her rocky start in the West Wing — fires that have seen her alienated from the rest of the White House as President Joe Biden tries to convince voters to support Democrats over Republicans ahead of a GOP-favored primary.

Harris’ tumultuous start to her term has been racked with controversies and relative inaction on issues she has been placed in charge of, such as with the southern border that is still in crisis.

Additionally, Harris’ habit of laughing when addressing critical issues, such as the border, appears to have alienated her with voters who take these issues seriously.

Still, media pundits have been quick to jump to Harris’ defense, with MSNBC’s Joy Reid claiming Harris has been treated unfairly by the “white” and “male” media.

The DNC did not immediately respond to Fox News Digital’s email asking to confirm the slash in picture prices.

Houston Keene is a politics reporter for Fox News Digital.  Story tips can be sent to Houston.Keene@Fox.com and on Twitter: @HoustonKeene