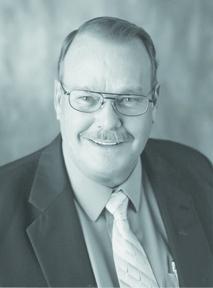 The socialist lefties are still holding on to the big lie that Critical Race Theory (CRT) isn’t being taught in Virginia schools, and that’s not the reason political unknown Republican Glenn Youngkin won the governor’s seat in Virginia’s gubernatorial election.

How these mentally-challenged lemmings can look in a mirror is unbelievable, to say it nicely.

I guess they never saw the mother at the Loudoun County School Board meeting stand up to the mic and publicly explain why she removed her 6-year-old daughter from the school system and enrolled her in a private school.

Let me paraphrase her very closely:

“She came home one day and said, ‘Mommy, am I evil? In history, they said white people are born evil.’”

Of course Americans never saw that video, the communist-controlled elite media never reports the “truth,” they bury it or flat out lie about it. Just like they still are.

Report after report has shown numerous examples of CRT or Diversity, Equity and Inclusion (DEI) or racism training or any other scam label they paint it with in order to disguise the indoctrination they’re trying to shove down the throats of unsuspecting babies and toddlers in Virginia schools right now. And all over the nation.

But all election night, MSNBC talking heads and people like the phony professor and prognosticator Larry Sabato – “They don’t even teach CRT in Virginia – it’s a racist dog whistle created by Youngkin and Trump” – kept trumpeting the Big Lie.

An absolute abomination and millions of Americans know the truth. I can’t wait for 2022.

Realizing how much outright lying about the subject is going on with the socialist progressives, I started worrying about Kansas schools, whether they be grade schools or high schools.

I’ve been told by a very reliable source (I hope) in Liberal’s USD 480 there are no CRT or CRT-related courses in the classrooms there.

I receive current press releases via email from the Kansas Association of School Boards, which I recommend anyone with school-aged children (or nosy types like me) to sign up for. Just go to www.kasb.org and sign up for their newsletter. It’s free! “Dyno-mite!”

Some items in the KASB releases dated Oct. 28 and 29 shows I’m not the only curious skeptic.

Kansas State Representative Kristey Williams, R-Augusta, was challenging members of a the Special Committee on Kansas Mental Health and Modernization Committee Oct. 28, via Zoom, as well as other state legislators present.

“The question that I would like to frame to the committee today is this: Are feelings of shame, depression and anxiety infiltrating our schools in unanticipated ways?” Williams asked, according to the video link in the KASB release.

“Williams, who is chairwoman of the Kansas State House K-12 Education Budget Committee, added, ‘Why is that important? That is important because in the testimony that I provided you, there is a clear link between depression which can lead to suicidal ideation and suicides and shame. In fact, the link is so strong there have been 108 studies involving over 22,000 subjects examining the impact of shame,’” Williams noted.

“Williams shared commentary from Dr. Gary Thompson, a clinical and forensic psychologist, that Critical Race Theory was based on classifying people as oppressor and oppressed — white and black,” according to the KASB release.

Now the KASB claimed, in this very press release, that: “State education officials have said Critical Race Theory is not part of the Kansas history standards.”

But, the following paragraph concerns me tremendously: “CRT holds that the nation’s past of slavery, violence and discrimination against Black people continues to exist in some policies and laws today.”

“… continues to exist in some policies and laws today?”

Show me these policies and laws.

Where do they exist?

There would be a law suit so quick it’d make your head spin if we had a law that supports “slavery, violence and discrimination against Black people.”

This should scare everyone with children that the KASB believes this – in print – while whispering out the side of their mouths that CRT doesn’t exist in Kansas.

Folks, go the YouTube link (www.youtube.com/watch?v=m1rQWWUPtCc) to watch this meeting.

This legislator has her stuff together (she is involved from about 5 minutes into the meeting until about 36 minutes).

After she makes her initial spiel backed up with data and factual reports about shaming kids and causing depression and even suicide, she gets push back from a couple of legislators.

“State Rep. Rui Xu , D-Westwood (suburb of Kansas City), asked how children can be taught to forgive without learning about what should be forgiven,” that’s how the KASB reported it.

Actually he’s more confrontational than that simple statement. He totally believes whites should be shamed, and teaching kids that kind of racism is apt.

Then, another member of the “special” committee, “State Sen. Tom Hawk, D-Manhattan, and a retired educator and school counselor, argued against Williams’ assertions, saying “CRT has become distorted,” the report noted, he also added it has been “politicized.”

This so-called genius, and he tells everyone he is by going over his resumé on camera, continued to claim CRT is distorted, and he “knows” with his experience that suicide really is affected by the home, and he admits maybe some of the social media is problematic but – “… there is too much CRT distortion to infer it might end up causing suicide.”

What baloney. He doesn’t think shaming children starting at 6 (or younger?) could have any impact on child suicide?

And he believes CRT being taught is OK as long as it’s called “diversity” and taught “in a gentle way.” He claimed this “diversity” training is “very important.”

Something fishy is going on in Kansas schools, and the smell is obvious. And it’s apparently coming out of the KASB Board Room and Topeka socialists (whisper communists here to be more accurate).