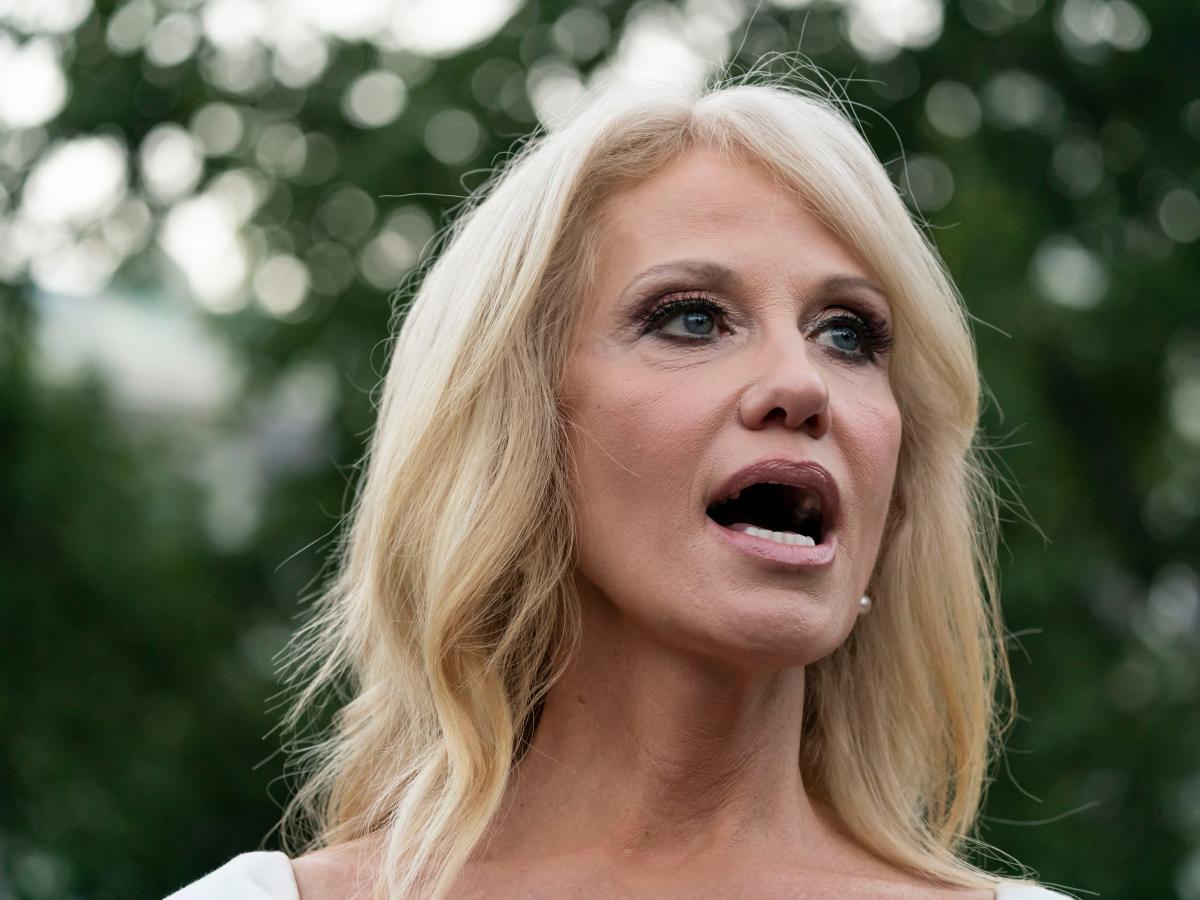 Kellyanne Conway said there has been “a lot of hurt” while discussing her marriage to George Conway, who has become an outspoken critic of former President Donald Trump.

In an appearance on CNN with host Michael Smerconish, Kellyanne discussed her marriage to conservative attorney George while promoting her new memoir, “Here’s the Deal.”

She said when George first tweeted against Trump, she thought her husband had been hacked.

“Sean Spicer came to me and said, ‘Did you know about this?’ And it was a George Conway tweet five days after George had taken his name out of consideration for a very big job he had accepted with President Trump to head up the civil division of the Department of Justice,” Kellyanne said. “And I said to Sean, ‘But George doesn’t tweet.'”

While that may have been the case then, Kellyanne noted on Saturday, her husband soon became an outspoken Trump critic. She wrote in her memoir that George was “cheating by tweeting,” and that the “frequency and ferocity of his tweets accelerated” while she worked in DC and he worked in New York, Insider previously reported.

Even so, Kellyanne said she could not have been successful as Trump’s campaign manager without the fervent support of her husband, who she described as “all in, like I was, for Trump-Pence.”

“He can change his mind about Donald Trump. This is a free country. George owes no allegiance to a political party or a presidential candidate. But his vows to me, I feel, were broken because we were all in,” Kellyanne said.

Smerconish asked if she had ever confronted George about his tweets against her boss.

“I did, and that’s in the book, and all I got was a steady diet of ‘Trump, Trump, Trump,'” Kellyanne said, noting that George was frequently labeled as “Kellyanne Conway’s husband” in the media. “So we should be honest about how everybody came to know him and that he became some kind of resistance folk hero but not at a small cost.”

She added: “I feel that I should have known ahead of time if this thing called the Lincoln Project was going to exist, if there are going to be ads, if he’s dumping an oped the next day, if his tweets are going to be about my boss…I feel like I was owed an explanation.”

George was one of several Republicans who helped found the Lincoln Project, a PAC with the goal of keeping Trump from being reelected. He has kept quiet about the public disagreement with his wife and her former boss. A 2018 Politico profile quoted George declining to comment.

“If I wanted to say anything publicly,” George said in a direct message reported by Politico, “I would just say it.”

In her interview with CNN, Kellyanne said they moved their family to Washington, DC, “as a couple.”

“He changed his mind about Donald Trump somewhere along the way,” Kellyanne said. “I didn’t change my mind, and by the way, I also didn’t respond in kind when they were attacking each other. I said very little if anything, and now I am.”

She added that she and George “built a fabulous life together that had nothing to do with Donald Trump.”