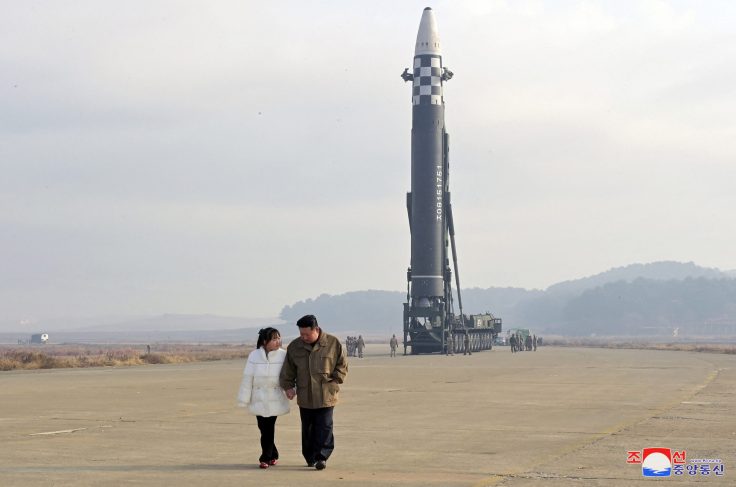 When North Korea test-launched a missile on Friday, the autocratic regime’s demonstration of a weapon that could potentially reach the mainland United States wasn’t the only thing that won the attention of international observers. Dictator Kim Jong Un for the first time revealed his daughter, bringing the young girl along with him for an inspection of the missile that was broadcast on state media.

In the first-ever confirmation that Kim has children, photos and videos from Friday show the leader holding hands with his daughter while observing the ballistic missile prior to its launch. The unexpected reveal prompted some observers to speculate that Kim might be preparing his daughter to eventually succeed him as dictator. Others dismissed that theory, saying North Korea is a patriarchal society that would not accept a female leader.

“It is not ready to welcome a leader of the other gender,” Chun Su-jin, a South Korean who has written about powerful women in North Korea, told Reuters. “[Kim] is just staging a show that he is a loving father, not just a brutal dictator who shoots missiles.”

North Korea expert Michael Madden, however, said circumstances could change by the time the 38-year-old Kim dies and is replaced.

“That gives ample time for North Korea’s political culture to change and create the conditions for a female successor,” Madden told Reuters.

North Korea called Friday’s launch a demonstration of a “new kind” of ballistic missile. Japan said the missile likely landed in its territory and had the potential range to strike the United States.