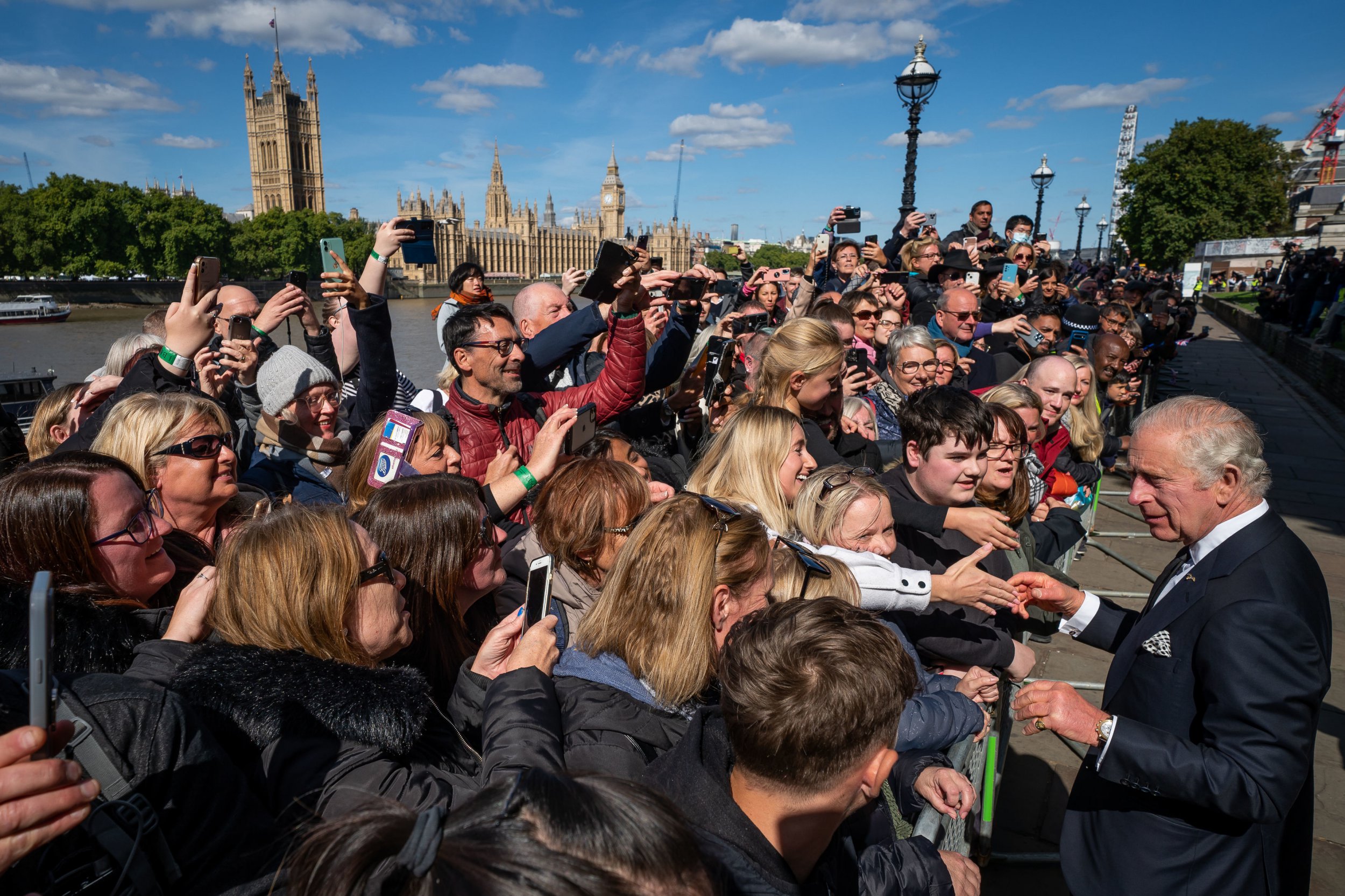 With the Queen laid to rest, King Charles will now begin work to shore up the monarchy.

He will lead his family in a seven-day period of Royal Mourning, but beyond that Charles is unlikely to take off any more time to grieve the loss of his mother.

All the evidence suggests he will get to work straight away to ensure continuity. After the Queen’s death, Charles was steadfast in his constitutional duties, such as completing a tour of Wales, Scotland and Northern Ireland.

He also sought to further win over the public by unexpectedly speaking to mourners outside Buckingham Palace the day after the Queen’s death, and at the weekend wishing well people who queued for hours to see the Queen’s coffin lying in state.

Amid concerns about a frosty and hesitant reaction to his reign from the public, his popularity has improved since the Queen’s death. Around 63 per cent of people think Charles will do a good job as King, up from 32 per cent in May, according to YouGov.

But he can’t afford to be complacent in the coming months to win over those who remain sceptical of a new monarch after the Queen’s 70-year-long reign.

His coronation, if it follows the pattern set by his mother, will not be until 2023. There is speculation it could be 2 June, which would have been the 70th anniversary of Elizabeth II’s coronation, though he may well want to avoid further comparisons to his mother and pick an unrelated date.

In the meantime, King Charles will begin the work of shaping his slimmed down monarchy to show value for taxpayers’ money and to try to avoid having to fend off more controversies.

Though there are suggestions there have been attempts to mend rifts between the family and the Duke and Duchess of Sussex – and, equally, hints that the handling of the king’s second son’s treatment during the mourning period had been mishandled – Harry and Meghan are likely to remain largely out of the picture as they continue their life in the US.

What is clearer is that Charles is extremely unlikely to welcome his controversial brother, the Duke of York, back into the fold.

Instead, he will increasingly rely on popular and well-respected members of the family, such as the Prince and Princess of Wales and his sister Anne, the Princess Royal, who has inherited their mother’s devotion to duty and service in the name of the monarchy.

“I think Charles will work with those closest to him, such as William, Kate and his Queen Consort, Camilla,” said Pauline Maclaran, co-author of Royal Fever: The British Monarchy in Consumer Culture and a professor of marketing and consumer research at Royal Holloway, University of London.

“But he will be also likely emphasising a streamlined monarchy, especially to counter accusations of taxpayers having to fund too many ‘hangers on’ in a time of financial hardship for most ordinary people.”

Charles takes to the throne at a time when the monarchy is facing key issues, such as the future of the Commonwealth. More countries are likely to seek republicanism which Charles will need to accept and support to avoid deepening tensions.

Another issue is concern over his intervention in matters of politics as Prince of Wales.

“Biting his lip is going to be key if he isn’t going to find himself dealing with a constitutional crisis,” said royal historian Dr Ed Owens.