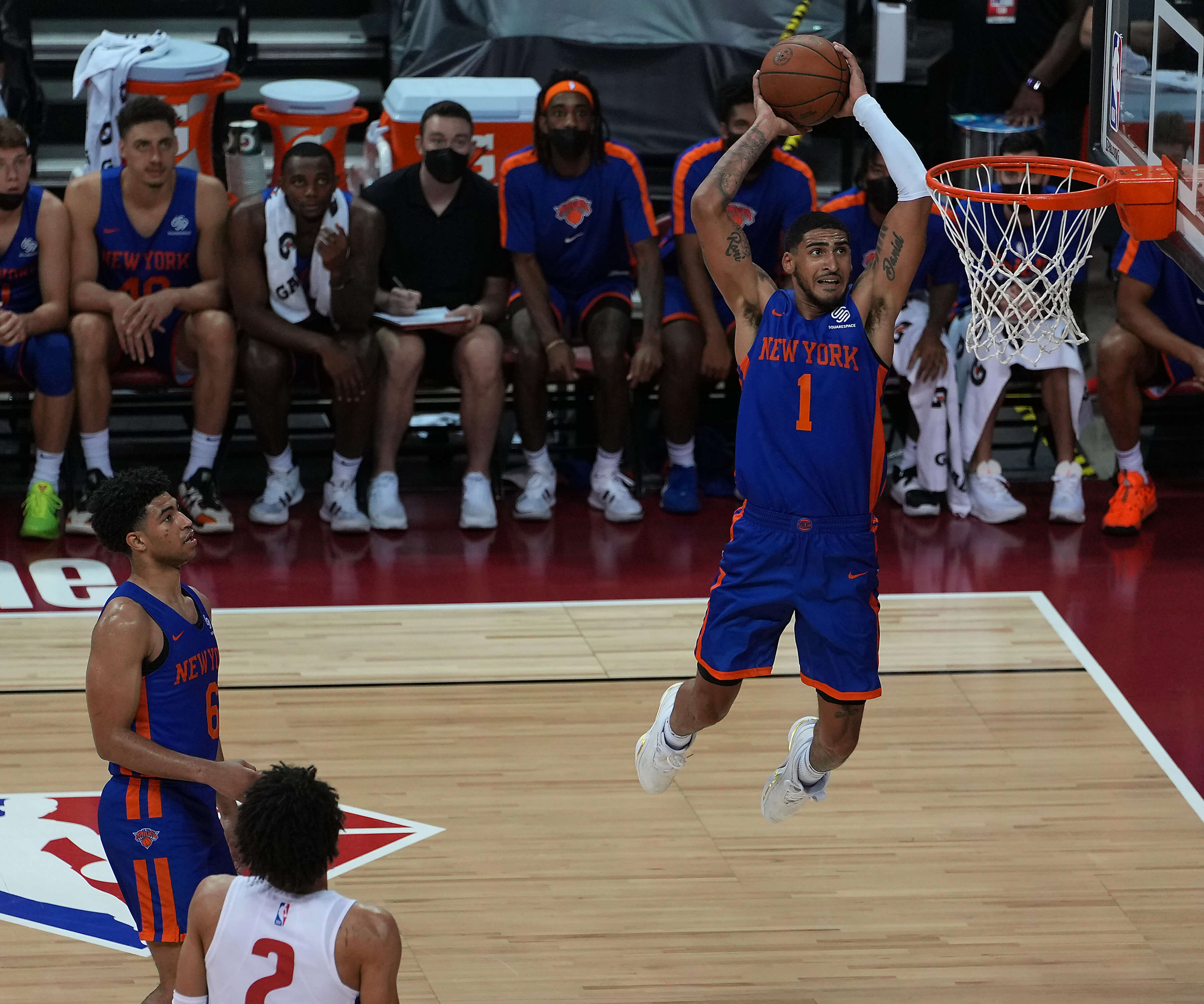 The New York Knicks are experiencing a different version of Obi Toppin during this year’s Summer League competition. At 23-years-old, the Brooklyn native struggled to get going during the 2020-21 season, averaging 4.1 points, 2.2 rebounds, and shot 50% from the field over 11 minutes per game.

Having played in just 62 contests but starting in zero, Toppin was lessened by the emergence of Julius Randle, who played in every game and earned himself an All-Star appearance.

Toppin has been lighting up the Summer League, posting an amazing performance against the Detroit Pistons on Friday night.

Over 37 minutes, Toppin connected on 13 field goals on 20 attempts, earning a 65% field-goal percentage. From three, he connected on 2-of-5 shots, logging a 40% success rate. He also contributed nine rebounds, three steals, and two blocks. He didn’t turn the ball over once, finishing with 31 points. Despite the loss, Toppin had himself a stellar contest, leading the team in scoring, steals, and rebounds.

After a campaign that saw Toppin’s impact fizzle, he’s bouncing back with a strong summer performance, indicating growth at this off-season. The Knicks are hoping they can get him more involved this upcoming year, but with Randle maintaining his health, it will be difficult for him to get on the floor.

Ideally, New York can score enough points to rest some of the more prominent players, allowing options like Obi to pick up minutes and continue developing.

Over four games, Toppin is averaging 23.5 points, 9.3 rebounds, 1.3 steals, and shooting 47.4% from the field. This most recent outing undoubtedly boosted his stats significantly, but he is trending in the right direction, which is exactly what the Knicks needed to see after his quiet rookie season.

Toppin raved about the addition of PG Kemba Walker recently, stating he would be a huge help offensively this upcoming season.

“We have so many different weapons,’’ Toppin said. “We have him who can score, Derrick [Rose] who can score, Jules [Julius Randle], RJ [Barrett], Quick [Immanuel Quickley]. So many different people who can put the ball in the hoop. At the same time, our main focus is defense. Whatever we do on the defensive side will determine our offense.’’

This is the deepest the Knicks have been in quite some time, offering plenty of talent off the bench to help mitigate fatigue and spur success. If Toppin can roll over his Summer League performance into the regular season, management will be ecstatic about his growth.