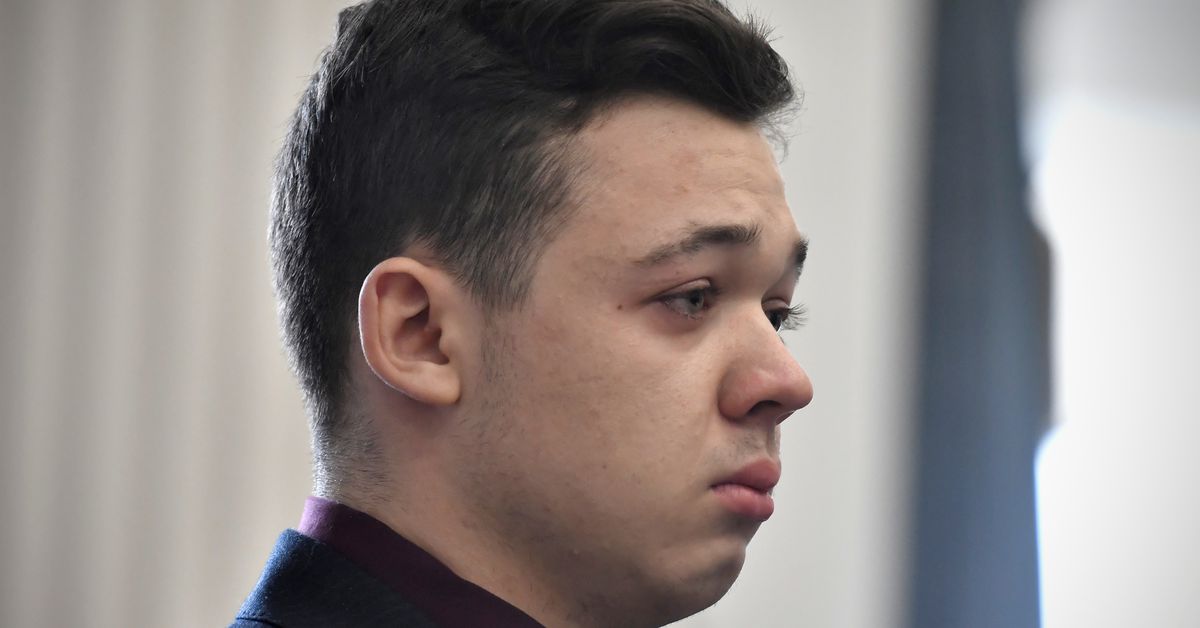 KENOSHA, Wis., Nov 19 (Reuters) – A jury acquitted teenager Kyle Rittenhouse on Friday of murder in the fatal shooting of two men during racial justice protests in a decision that ignited fierce debate about gun rights and the boundaries of self defense in the United States.

The jury found Rittenhouse, 18, not guilty on all charges: two counts of homicide, one count of attempted homicide for wounding a third man, and two counts of recklessly endangering safety in protests marred by arson, rioting and looting on Aug. 25, 2020 in Kenosha, Wisconsin.

Rittenhouse broke down sobbing after the verdict and collapsed to the floor before being helped back into his chair, his hands shaking. His mother also wept.

Amid a heavy law enforcement presence, several dozen protesters lined the steps outside the courthouse after the verdict was read, some carrying placards in support of Rittenhouse and others expressing disappointment.

“We are all so very happy that Kyle can live his life as a free and innocent man, but in this whole situation there are no winners, there are two people who lost their lives and that’s not lost on us at all,” David Hancock, a spokesperson for the Rittenhouse family, told Reuters.

Rittenhouse shot and killed Joseph Rosenbaum, 36, and Anthony Huber, 26, and fired a bullet that tore a chunk off the arm of Gaige Grosskreutz, 28. Rittenhouse claimed self defense.

U.S. President Joe Biden, who during last year’s election campaign tweeted a video that appeared to link Rittenhouse to white supremacists, said on Friday he supported the jury’s decision and urged Americans to react with calm.

“While the verdict in Kenosha will leave many Americans feeling angry and concerned, myself included, we must acknowledge that the jury has spoken,” Biden said.

Elsewhere reactions showed the country’s deep partisan divisions. The verdict was greeted with outrage by many on the political left and celebrated by gun rights supporters.

“It is unconscionable our justice system would allow an armed vigilante … to go free,” the Congressional Black Caucus said in a statement.

The thorny issue of race also hung over the case, although Rittenhouse and the men he shot were all white. Some Black activists said on Friday the U.S. police and courts would have treated the teenager more harshly if he had been Black.

But conservatives saw the verdict as a validation of the U.S. Constitution’s Second Amendment, which grants Americans the right to bear arms.

U.S. congressman Madison Cawthorn, a Republican representative from North Carolina, said on Instagram: “Kyle Rittenhouse is not guilty my friends. You have a right to defend yourselves. Be armed, be dangerous and be moral.”

In reaching their verdicts after more than three days of deliberations, the jury contended with dueling narratives from the defense and prosecution that offered vastly different portrayals of the teenager’s actions on the night of the shootings.

The defense argued that Rittenhouse had been repeatedly attacked and had shot the men in fear for his life. They said he was a civic-minded teenager who had been in Kenosha to protect private property after several nights of unrest in the city south of Milwaukee.

The violence followed the police shooting of a Black man named Jacob Blake, who was left paralyzed from the waist down.

Kyle Rittenhouse reacts to the verdict during his trial at the Kenosha County Courthouse in Kenosha, Wisconsin, U.S., November 19, 2021. Sean Krajacic/Pool via REUTERS

The prosecution portrayed Rittenhouse as a reckless vigilante who provoked the violent encounters and showed no remorse for the men he shot with his AR-15-style rifle.

Most lawyers “who looked at the evidence had a feeling the state would not be able to clear the threshold of disproving self-defense beyond a reasonable doubt,” he said.

Live-streamed and dissected by cable TV pundits daily, the trial unfolded during a time of social and political polarization in the United States. Gun rights are cherished by many Americans and are enshrined in the U.S. Constitution even as the nation experiences a high rate of gun violence and the easy availability of firearms.

Rittenhouse, who testified that he had no choice but to open fire to protect himself, is viewed as heroic by some pro-gun conservatives who consider the shootings justified. Many on the left view Rittenhouse as a vigilante and an embodiment of an out-of-control American gun culture.

Protests against racism and police brutality turned violent in many U.S. cities after the police killing of Black man George Floyd in Minneapolis three months before the Kenosha shootings.

The Rittenhouse verdict ended the highest-profile U.S. civilian self-defense case since a man named George Zimmerman was acquitted in the fatal shooting of Trayvon Martin, an unarmed Black teenager, in Florida in 2013.

With so much of that night in Kenosha caught on cellphone and surveillance video, few basic facts were in dispute. The trial instead focused on whether Rittenhouse acted reasonably to prevent “imminent death or great bodily harm,” the requirement for using deadly force under Wisconsin law.

The prosecution, led by Kenosha County Assistant District Attorney Thomas Binger, sought to paint Rittenhouse as the aggressor and noted he was the only one to kill anyone that night.

Rittenhouse’s gun was loaded with 30 rounds of full metal jacket bullets, which are designed to penetrate their target. The jury saw a series of graphic videos, including the moments after Rittenhouse fired four rounds into Rosenbaum, who lay motionless, bleeding and groaning. Other video showed Grosskreutz screaming, with blood gushing from his arm.

Rittenhouse testified in his own defense last Wednesday in the trial’s most dramatic moment – a risky decision by his lawyers given his youth and the prospect of tough prosecution cross-examination. Rittenhouse broke down sobbing at one point but emphasized that he fired upon the men only after being attacked.

“I did what I had to do to stop the person who was attacking me,” he said.

His defense counsel, Mark Richards, said on Friday the defense team decided to have him testify after they tested two versions of their case before mock juries, one with him testifying and one without.

“It was substantially better when we put him on,” Richards told reporters after the verdict. “In Wisconsin, if you don’t put a client on the stand, you’re going to lose. Period.”

Rittenhouse testified that he shot Huber after he had struck him with a skateboard and pulled on his weapon. He said he fired on Grosskreutz after the man pointed the pistol he was carrying at the teenager – an assertion Grosskreutz acknowledged under questioning from the defense. Rittenhouse testified that he shot Rosenbaum after the man chased him and grabbed his gun.

Huber’s parents, Karen Bloom and John Huber, said in a statement they were “heartbroken” by the verdict.

“It sends the unacceptable message that armed civilians can show up in any town, incite violence, and then use the danger they have created to justify shooting people in the street.”