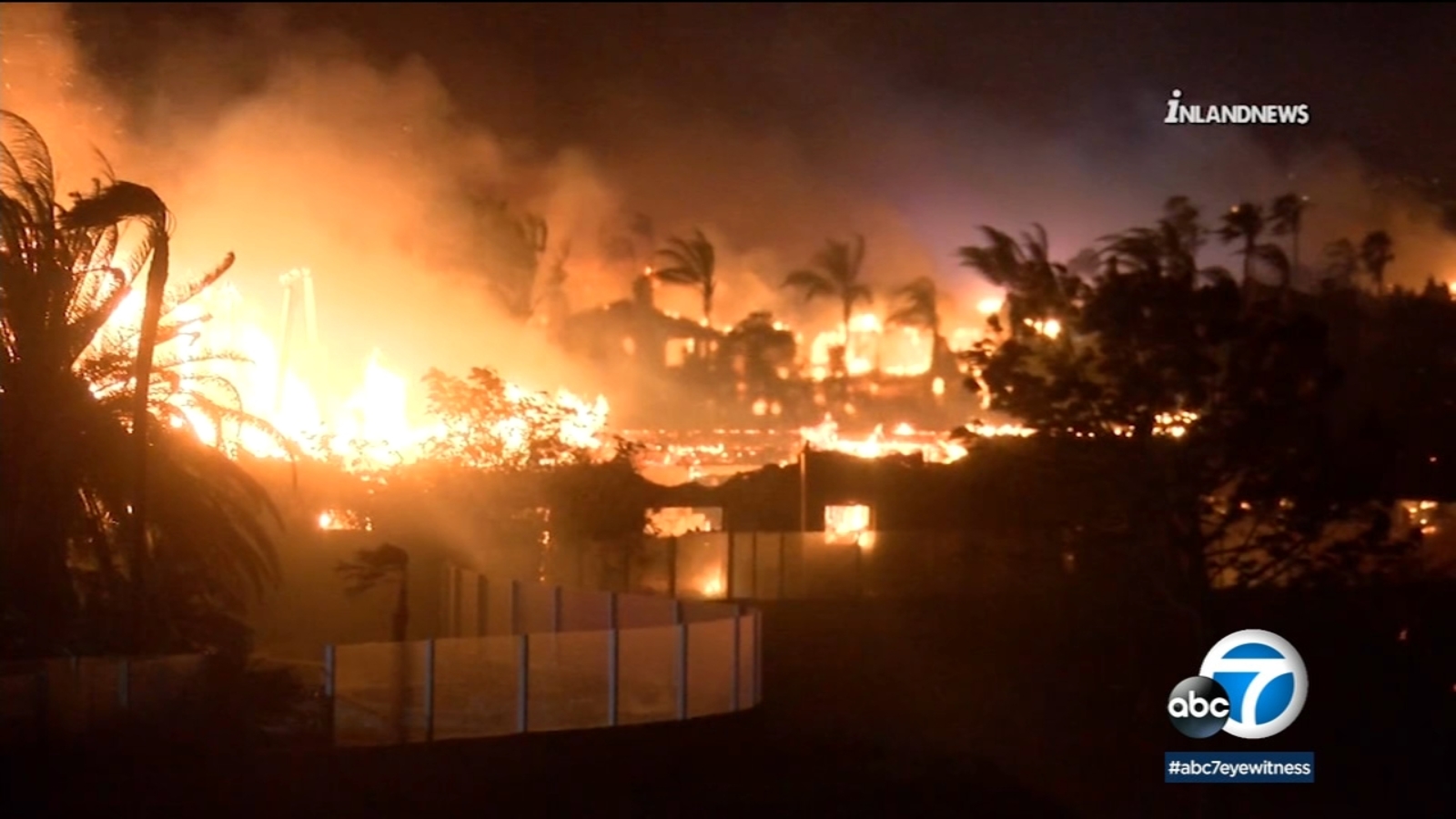 LAGUNA NIGUEL, Calif. (KABC) — At least 20 homes were destroyed and 11 were damaged by a brush fire in Laguna Niguel that spread rapidly amid strong winds, and crews continued to fight the flames on Thursday.

The blaze, called the Coastal Fire, broke out Wednesday afternoon between Laguna Niguel and Laguna Beach near a water treatment plant, according to the Orange County Fire Authority, and quickly erupted in size.

At a Thursday afternoon press conference, fire officials said the fire had burned approximately 200 acres and containment was at 15%. Evacuations issued remained in place overnight.

While the cause of the fire remains under investigation, Southern California Edison said it sent a letter to the California Public Utilities Commission to inform them of “circuit activity” around the time the fire was reported. It’s not clear if that means there was a power line down, but one resident from south Laguna Beach told Eyewitness News the power went out moments before she started hearing sirens apparently responding to the fire.

“We did have wind, which is a normal wind condition for this area,” McGovern said. “Since it started at the bottom of the drainage, it started running up-canyon and upslope. Throwing some wind on that, and the terrain — the steepness of it, was a bad recipe.”

The Federal Emergency Management Agency is providing a grant to California that will secure additional resources and financial assistance for battling the fire, according to the governor’s office.

Currently the fire is at 200 acres and there are approximately 550 firefighters assigned to the incident. Damage assessment teams are on site surveying homes. Our investigations section has been on scene since shortly after the fire broke out. ——> pic.twitter.com/HiekdvMWVv

As firefighters worked to put out major hotspots Wednesday, Orange County Fire Authority Fire Chief Brian Fennessy said the strong winds were blowing embers into the attics, making it harder for them to get through.

“You’ve got to remember that this fire was wind-driven,” said Fennessy during a Wednesday evening news conference. “We have embers cast very deep down into those canyons, many of them up into those palm trees. We had embers in our attic spaces, through vents. The focus is to get into these homes and to really take a look into those attics, to get down in the vegetation, to really make sure we’re not leaving any hot embers in place.”

McGovern said one firefighter was injured Wednesday and was taken to the hospital. A second firefighters was reported injured Thursday, but both have treated and released.

An evacuation center has also been created for those seeking help.

Residents in the area can visit the Crown Valley Community Center at 29751 Crown Valley Parkway for assistance. The Orange County Emergency Operations Center has also created a public information hotline to respond to questions from residents. You can reach them at 714-628-7085.