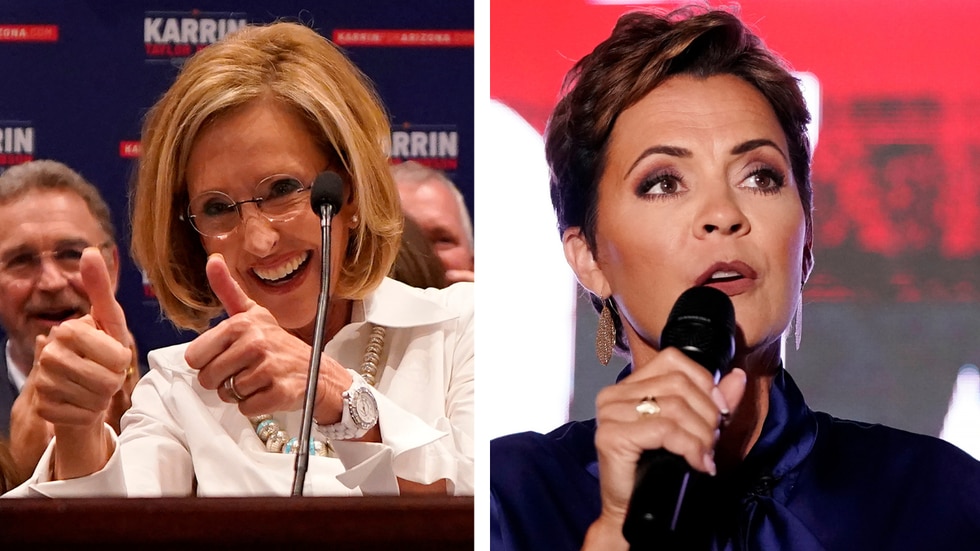 Prior to her confirmed lead, Lake told crowds at an election rally that she is “winning this 100%” and that there is “no path to victory for my opponent. We won this race.” Some of her supporters were seen praying in a circle around 10 p.m.

Early in July, Lake announced on Twitter that former Maricopa County Sheriff Joe Arpaio endorsed her with three weeks left in the race. “Sheriff Joe knows the damage out-of-control crime and immigration can do to this state. I won’t back down in my fight to secure our border and defend Arizona. They called Joe, “America’s Toughest Sheriff.” I will be its toughest governor,” Lake tweeted.

Around that same time, Robson was endorsed by Governor Doug Ducey. He announced his endorsement via Twitter video saying, “There are no surprises with Karrin. She’s a lifelong conservative Republican who got her start working for President Ronald Reagan.” He also undergirded Robson’s policies that she is “Pro-Life, Pro-Gun, and Pro-Wall.”

Votes are still being counted and no official winner has yet been declared.

To track the latest updates on the ballot count and up-to-date election results, click here!

Arizona’s Family is still following this story and will continue to bring you up-to-date information about Tuesday’s primaries.