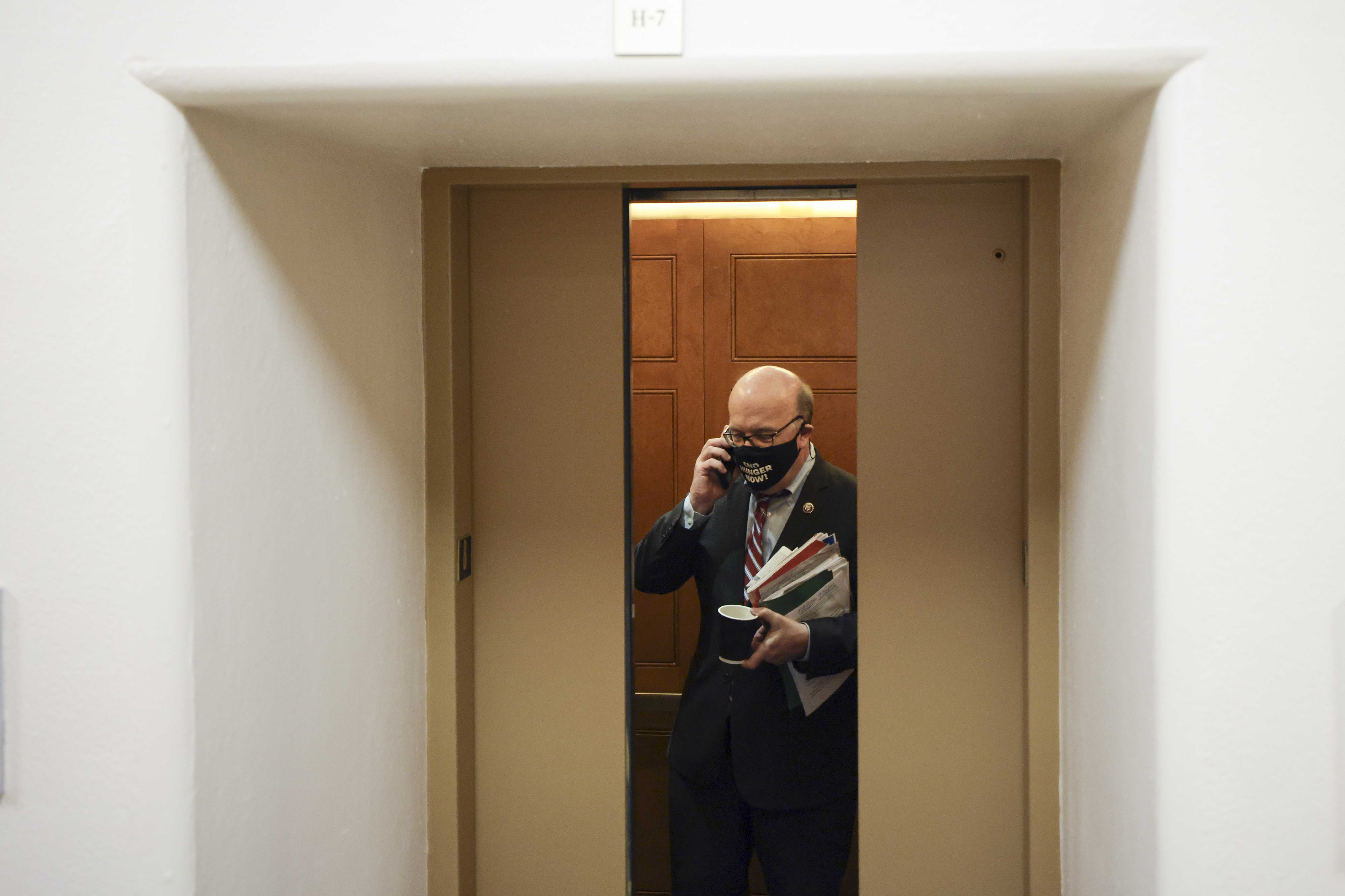 “Congress must reassert its role in national security decisions, especially those that impact our servicemembers,” Meijer added. “The National Security Reforms and Accountability Act will put Congress back in the driver’s seat so we can deliver on our duty to the American people as it is laid out by the Constitution.”

The pair is joined by Democrats Barbara Lee of California, Peter DeFazio of Oregon, Joaquin Castro of Texas, Ted Lieu of California and Republican Nancy Mace of South Carolina.

The bill was viewed by POLITICO ahead of its release Thursday.

It’s unclear if the measure will come up for debate and a vote, but the bipartisan group is indicative of mounting support on Capitol Hill to reclaim congressional prerogatives on waging war and reel in the commander in chief’s authorities that have grown substantially in the two decades since the 9/11 terrorist attacks. McGovern, meanwhile, chairs the Rules Committee, which vets legislation before it heads to the House floor.

The legislation mirrors a similar bipartisan war powers bill that was introduced in the Senate in July by Sens. Chris Murphy (D-Conn.), Bernie Sanders (I-Vt.) and Mike Lee (R-Utah).

McGovern and Meijer’s bill aims to require congressional input at the outset of major military hostilities, arms deals or national emergency declarations — all instances in which Congress now effectively needs a veto-proof majority to override the president.

The legislation would overhaul the nearly five-decade-old War Powers Act, which presidents of both parties have long skirted, cutting off funding for military operations that aren’t authorized by Congress. It would narrow the window for military action the executive branch can take before requiring congressional approval from 60 to 20 days.

The effort also comes as Democrats and Republicans on both sides of the Capitol look to repeal outdated war authorizations, such as the 2002 authorization for the Iraq War, and rewrite the 2001 law that governs much of the U.S. overseas counterterrorism operations.

The House already voted in June to repeal the 2002 Iraq authorization, which advocates warn is ripe for abuse if left on the books. Most Republicans, however, opposed repealing the law without a replacement framework. A similar bipartisan repeal is advancing in the Senate.

Lawmakers in the House and Senate are also weighing how to best rewrite the 2001 Authorization for the Use of Military Force passed in the wake of 9/11 that undergirds operations in Afghanistan as well as the campaign against ISIS in the Middle East and efforts to combat terrorist groups in Africa.

President Joe Biden has endorsed legislative efforts that would repeal or narrow some war powers. But the White House hasn’t yet said what specific proposals Biden will or won’t approve.

Texas Gov. Abbott says those who defy order barring mask mandates will ‘be taken to court’
Time's Up president apologizes for backing Cuomo but declines to resign, claiming 'we were used as c...
US Capitol Police Get New Chief