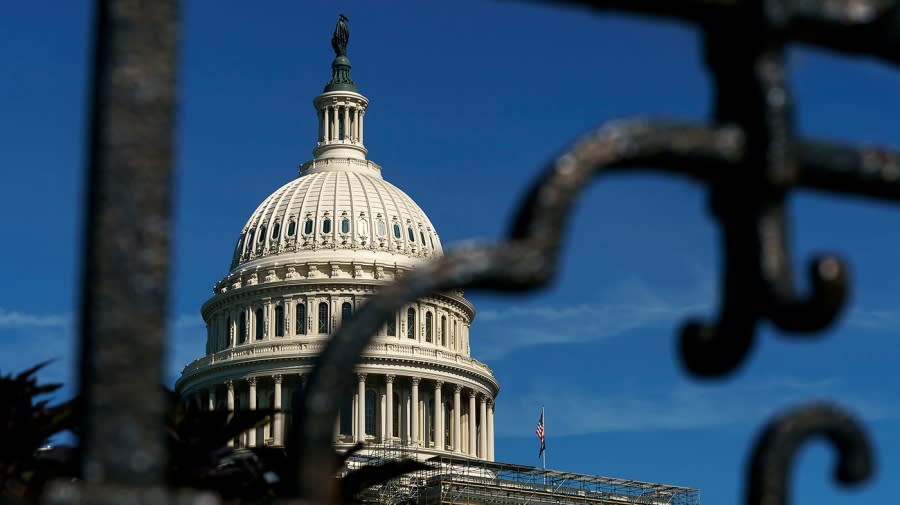 House lawmakers warned on Wednesday that misinformation about election results may threaten the staffing levels of election workers who can commit to doing the work fairly in 2024.

Rep. Mary Gay Scanlon (D-Pa.) cited recent polls that found 20 percent of election workers said they planned to leave their jobs ahead of the 2024 election, the next time the country will vote to elect a president.

She cited violent threats to such workers who were counting votes in 2020, some of whom became targets by former President Trump, who falsely claimed they had committed varying degrees of fraud leading to his defeat in several key states.

“Election officials and workers have seen an unprecedented spike in threats and violence as the former president and his allies have pushed lies about mail in ballots, voting machines, and the results of the 2020 presidential election,” Scanlon said during a House Administration Committee hearing on disinformation.

During the 2020 election in Pennsylvania, individuals armed with guns and ammunition arrived at the Pennsylvania Convention Center in an effort to intimidate vote counters, according to Lisa Deeley, chairwoman of the Philadelphia City Commission, who testified at the hearing.

Deeley told the committee that she and her colleagues had to employ security guards following the threats.

“We had to move our mail ballot processing center to the Pennsylvania Convention Center where we had security, both private security, the city’s police protection, as well as the sheriff’s office came and supplemented that,” Deeley said at the hearing. “We had metal detectors. It was a scene that we’d never seen before in an election in Philadelphia.”

She warned fair elections would suffer if misinformation is spread about legitimate election results.

Republicans on the panel maintained that political speech about 2020 should not be policed by the government, arguing that it was more a matter of people not agreeing with the message rather than the fact that it led to violence in certain places on and after Election Day and particularly on Jan. 6, 2021.

Shaye Freeman Moss, a former Georgia election worker who testified before the House select committee investigating the Capitol attack during a public hearing Tuesday said the harassment campaign directed at her by Trump and his allies “turned my life upside down” and that she now fears leaving her house.

Rudy Giuliani, who served as an attorney for Trump in his bid to overturn the 2020 election results, claimed in an appearance before Georgia lawmakers that Moss and her mother, Ruby Freeman, were seen on camera passing a suspicious USB drive while counting election results in Fulton County, Ga.

He insisted the two should have been questioned and had their homes searched for evidence. Both women said they suffered violent threats, including at their homes, as a result of the false claim.

Scanlon insisted it was imperative to protect election workers who are on the front line of delivering legitimate election results across states.

“To ensure the continued success of American elections, it’s incumbent upon every patriotic American, including our Republican colleagues, to stand up and confront lies about the very foundation of our Democratic Republic: our elections,” Scanlon said.

For the latest news, weather, sports, and streaming video, head to The Hill.