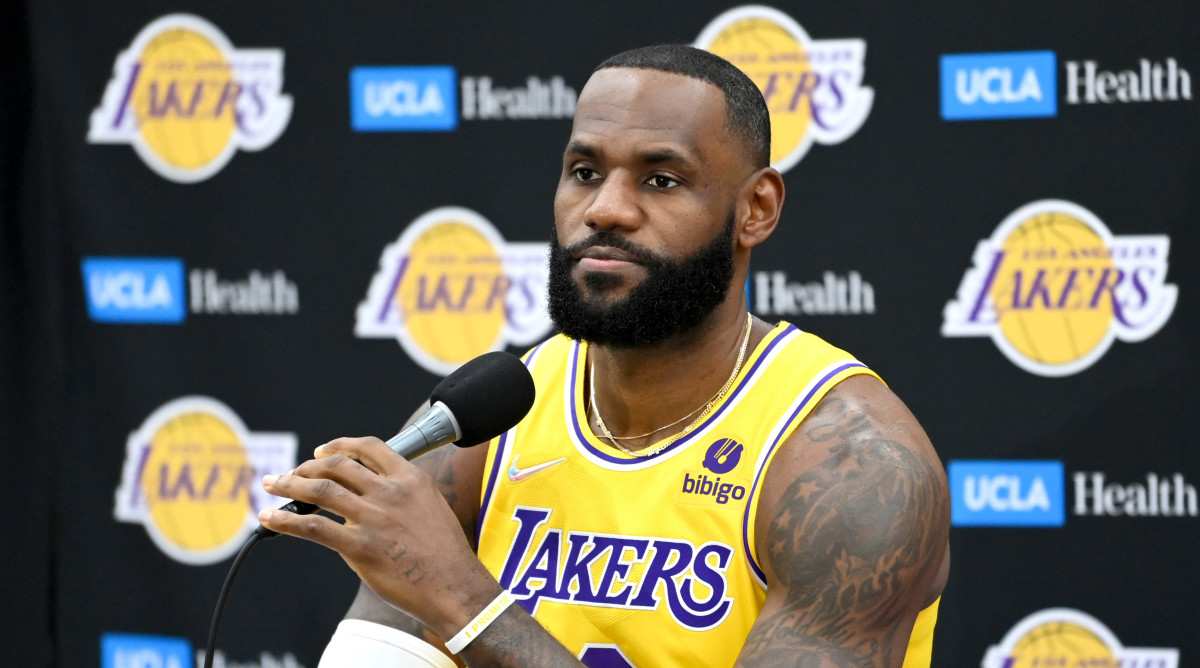 Lakers star LeBron James weighed in on the video of Kyle Rittenhouse taking the stand during his murder trial Wednesday afternoon. James took to Twitter to comment on Rittenhouse’s first public comments on what happened in downtown Kenosha, Wis., on Aug. 25, 2020.

James said that Rittenhouse must have eaten some Lemonheads—a popular sour candy—before taking the stand. He also noted that he didn’t see any tears coming out of Rittenhouse’s eyes.

Rittenhouse is on trial for killing two people and injuring a third during protests following the shooting of a Black man, Jacob Blake, by a white police officer last summer.

Rittenhouse took the stand to explain what led to his shooting the first victim, Joseph Rosenbaum. He traveled from his home in Antioch, Ill., stating he wanted to help protect property from people protesting after the fatal shooting.

The judge eventually sent the trial to recess.

Rittenhouse, upon returning from recess, said that Rosenbaum had his hand on the barrel of Rittenhouse’s gun. He said he shot Rosenbaum four times after being “lunged” at and that he was just defending himself. He reiterated that he brought the gun for his own protection.

The prosecution team argued that Rittenhouse was the one who created danger in the area by carrying a weapon and joining the heightened and tense situation among demonstrators.

Rittenhouse’s trial continued Thursday morning. Judge Bruce Schroeder has expressed that it would be “ideal” if it could conclude by Friday.

For more news on the Los Angeles Lakers, head over to All Lakers.