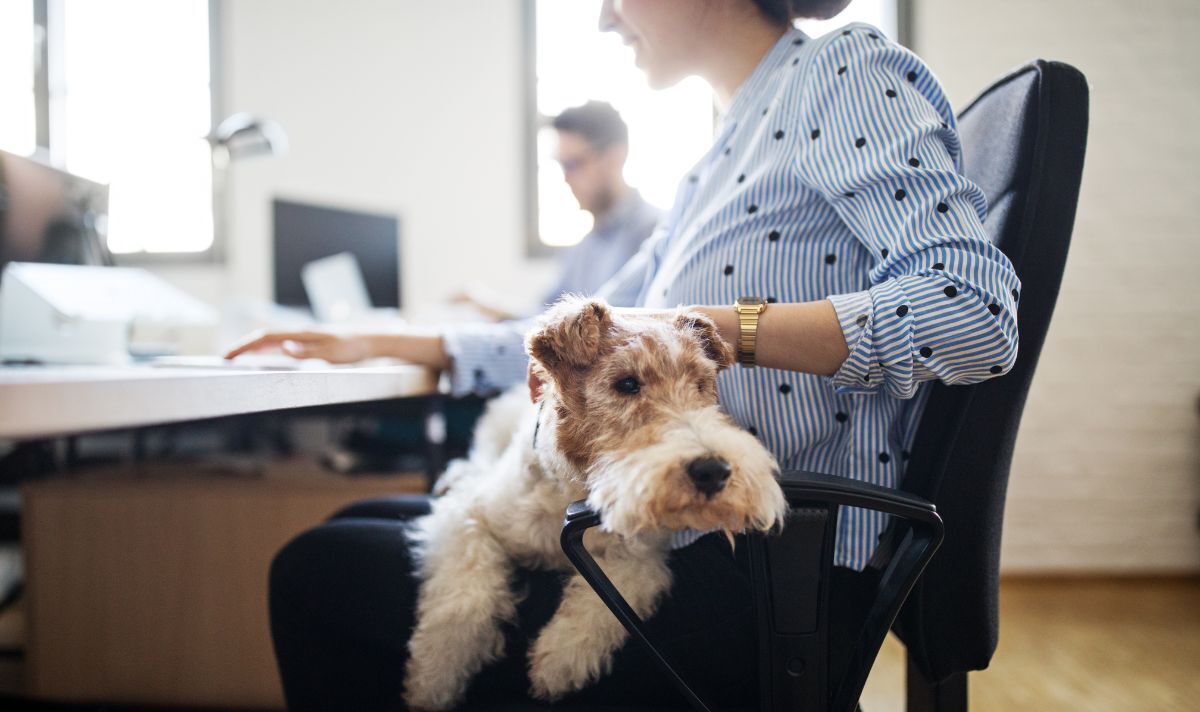 Slaughter and May has introduced a “Bring your Dog to Work Day” this Friday, June 24, at the firm’s London HQ to help destress lawyers. If successful, the magic circle firm plans to expand the pilot to the last Friday of every month over the summer as part of a wellbeing drive.

The firm emailed staff this month to say it will trial the policy as firms on the Square Mile look to expand employees perks to attract new talent.

Announcing the move, Deborah Finkler, who became the firm’s first female managing partner, told The Telegraph: “I have long been an advocate of having our dogs in the office and so am delighted that we are trialling Slaughter and May’s first-ever ‘bring your dog to work’ day.

“The benefits of all animals and especially dogs to mental health, morale and alleviating stress are widely recognised, and I also hope that the trial makes for a fun and sociable day.”

The firm added: “We understand that not everyone is comfortable, or able to be around dogs and have put in place a series of guidelines around the day.”

Employees were told that their dogs will not be allowed in the staff canteen, coffee breakout areas or meeting rooms during the trial.

They must also ask colleagues they share offices with whether they are happy to have pets present to account for those who are uncomfortable or unable to be around dogs.

Slaughter and May joined a number of other key City law firms that have opened their doors to pets in a bid to improve employee wellbeing and attract new talent.

A survey of law firms by MHA, a national association of accounting and business advisory companies, found that the talent pool is shrinking and firms could face a bidding war for fee-earners.

The report found that firms are trying to improve staff wellbeing to increase engagement and retention, with competition expected to escalate this year.

A number of the biggest US companies such as Amazon and Google have dog-friendly policies in place, with Amazon claiming it has been dog-friendly since its inception and has at least 8,000 dogs “working” at the company.

Google also allows staff to bring their dogs to work and rolled out a “Doogler group” in 2020 – an online forum for employees and their dogs.

Not only does the company offer a giant treats jar and doggy doors into meeting rooms, but employees are also allowed to take “pawternity leave” to let employees bond with their new pet, Business Insider reported.

However, such policies remain fairly rare at more traditional firms.

Deloitte, PwC and HSBC all have blanket no-dogs policies in their offices.

Slaughter and May boosted salaries for its junior lawyers to £115,000 a year in April amid news that City lawyers are working longer hours than before while many industries are looking to more flexible working post-pandemic.

A survey by Legal Cheek last year found that City lawyers were working increasingly longer hours, with associates at Kirkland & Ellis working until 11.30 pm on average.

The banking industry is also being pushed to announce new measures to woo employees as increasing numbers of young people look to be shunning City jobs.

Graduate bankers are demanding starting salaries of more than £60,000 to compensate for infamously poor work-life balance, according to a recent report from professional services recruiter Dartmouth.

Meanwhile, more than 3,000 workers at 60 UK companies will trial a four-day working week in the six months from June, indicating the push for more flexibility following the pandemic.