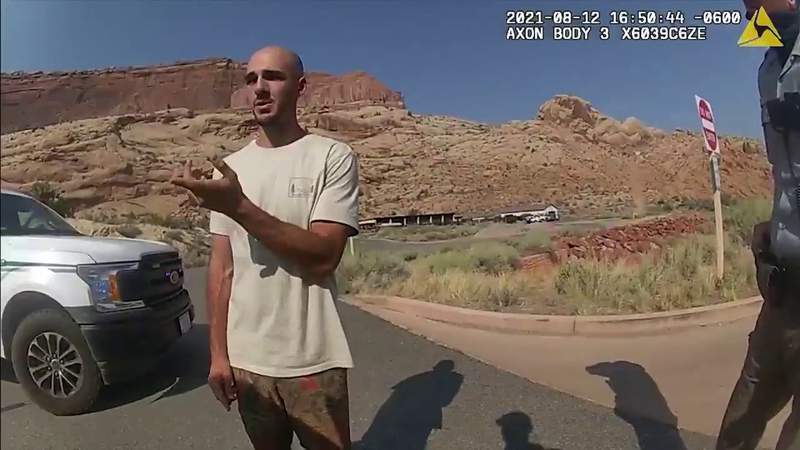 APPALACHIAN TRAIL, North Carolina – A man hiking along the Appalachian Trail in North Carolina claims to have spoken with fugitive Brian Laundrie Saturday morning, according to a report from The New York Post.

Dennis Davis, 53 and a Florida engineer, told The Post that a man waved him down on Waterville Road, which runs along the hiking trail.

He said a man pulled up to his car and asked for directions to California using only back roads.

“I rolled my window down and I started talking with the gentleman. I could tell right away that something wasn’t right with him,” Davis told Fox News in an interview.

Davis said he told the man to take Interstate 40, which would get him to California. However, the man refused and said he wanted to take the back roads.

He also told Fox News that he first suspected the man may have been on drugs but later believed he was “mentally shot.” He also said the man was talking about a fight he had with his girlfriend.

“He said ‘Man, I’m lost.’ I said ‘What are you trying to find?’ and he said ‘Me and my girlfriend got in a fight but she called me, told me she loves me, and I have to get to California to see her,’” Davis recalled.

He said he did not recognize the man as Brian Laundrie until he pulled over and looked up pictures on his phone.

Davis called the FBI several times, along with Tennessee and North Carolina police to report the sighting and the man’s truck, believed to be a white Ford F-150, according to reports.

According to the Haywood County Sheriff’s Office in North Carolina, they received the call from Davis around 2:40 a.m., and several deputies were dispatched to the area. Deputies said they came across a few similar cars but after running the plates, they were likely hikers.

“Law enforcement is probably getting millions of leads on this guy, but I am not some goofball out there doing drugs in the middle of the night. I am a highly-educated professional,” Davis told The Post.

Davis said as of Sunday morning, he has yet to receive a call back from the police or the FBI.

The girlfriend of Brian Laundrie, Gabby Petito, was found dead in the Grand Teton National Park on Sept. 11. The Teton County Coroner has ruled her death a homicide.

Brian Laundrie is wanted by the FBI for fraud charges related to an unauthorized transaction made during the same time Gabby Petito, according to the Associated Press.

He remains a person of interest in the death of Petito.