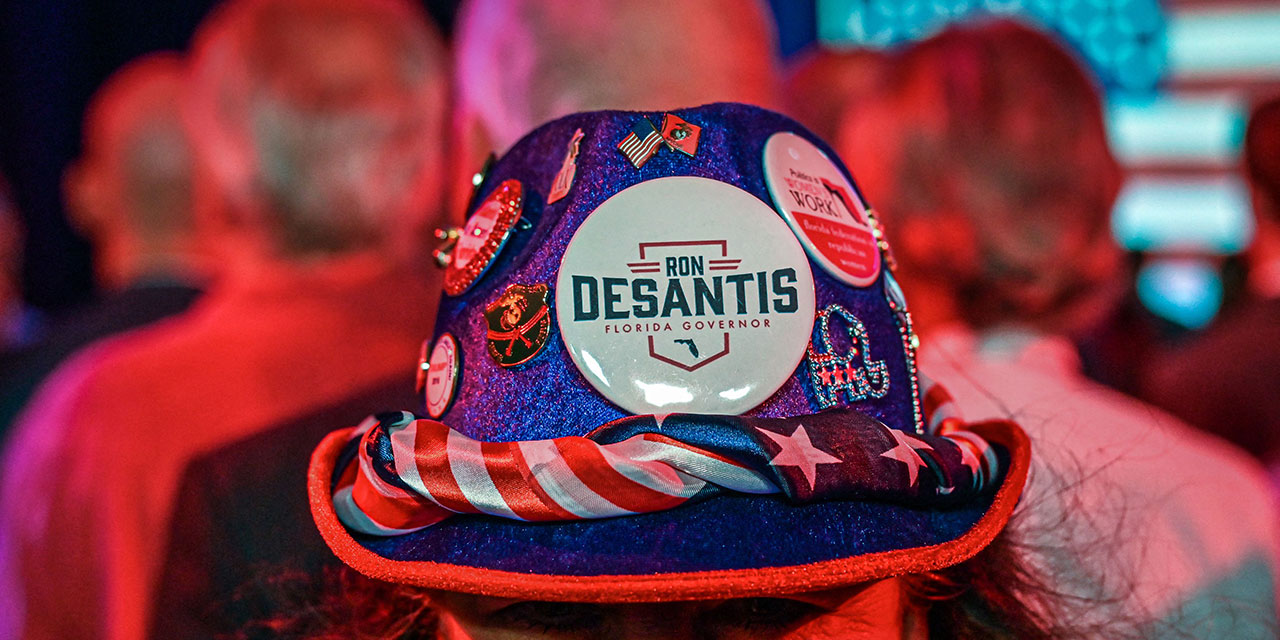 The consensus is that, amid generally disappointing results for conservatives, Florida governor Ron DeSantis won the midterms. He defeated his Democratic opponent, Charlie Crist, by a 19-point margin and turned the state, which was once considered a battleground, deep red. He won everywhere, notching impressive victories with Hispanic and urban voters in formerly Democratic strongholds like Miami-Dade County.

How did DeSantis outperform the rest of the GOP? The answer, I believe, is that he has created a new model for “culture war as public policy,” which combines popular media combat with competent, effective governance.

But DeSantis is not merely blustering. He has advanced a substantive agenda to rein in left-wing ideologies in Florida’s institutions, passing significant higher education reforms, new curriculum guidance for K–12 schools, a ban on gender theory in grades K–3, and the Stop W.O.K.E. Act, which restricts critical race theory-style racial scapegoating in large institutions, including corporations. Most notably, DeSantis picked a fight with the Walt Disney Company, which had previously been untouchable in Florida politics—and won.

I’ve had the privilege of working with DeSantis and his team on some of these initiatives and have observed some of the deeper reasons for his success. First, he is a master at picking and choosing his fights. Though the media excoriated him for the K–3 gender theory ban, the Stop W.O.K.E. Act, and his fight with Disney, in all three cases, he knew that he would emerge with two-to-one public support on these issues. He skillfully engaged in the media scrum and, to the surprise of his opponents, surfaced from those conflicts more popular than before. He doesn’t engage in controversy for the sake of controversy; his strategy is calculated, and he has the self-discipline to proceed only when he can accomplish his goals.

Second, DeSantis has a keen mind for public policy. When I traveled with him to introduce the Stop W.O.K.E. Act, he arrived on the tarmac at 6 a.m. with a Red Bull and a stack of policy briefs. During the flight, he discussed a wide range of policy ideas for reforming K–12, higher education, and corporate governance, delving into the details and complexities of each. One of his staffers told me that, during the Covid pandemic, he would pore over medical journals and call staffers in the middle of night, asking to connect with doctors who had conducted the research. Many conservative leaders stoke the culture war to generate media attention and fundraising dollars; DeSantis stokes it to advance important policy objectives and to protect his constituents from the excesses of woke ideologies.

Third, DeSantis backstops his culture-war agenda with capable governance. His administration has continued Florida’s rise as an economic powerhouse, counted votes in the midterms within hours of the polls closing, and led recent disaster-recovery efforts with skill and efficiency. After Hurricane Ian, the government deployed thousands of linemen, quickly restored power, and rebuilt a vital bridge in three days. DeSantis understands that maintaining essential services is the foundation of good government, and he has built a team to manage the complexities of administration. His communications team has been particularly impressive, swarming left-wing journalists on social media to correct the record and combat misleading narratives. DeSantis wisely delegates this work, which allows him to focus on what matters: governing.

In short, DeSantis has shown conservatives how to fight—and win. He has demonstrated courage and ability, two essential, if rare, qualities in modern politics. According to post-midterms polling data, Republican primary voters increasingly see his model of governance as the way forward.

Christopher F. Rufo is a senior fellow at the Manhattan Institute and a contributing editor of City Journal.

City Journal is a publication of the Manhattan Institute for Policy Research (MI), a leading free-market think tank. Are you interested in supporting the magazine? As a 501(c)(3) nonprofit, donations in support of MI and City Journal are fully tax-deductible as provided by law (EIN #13-2912529). DONATE