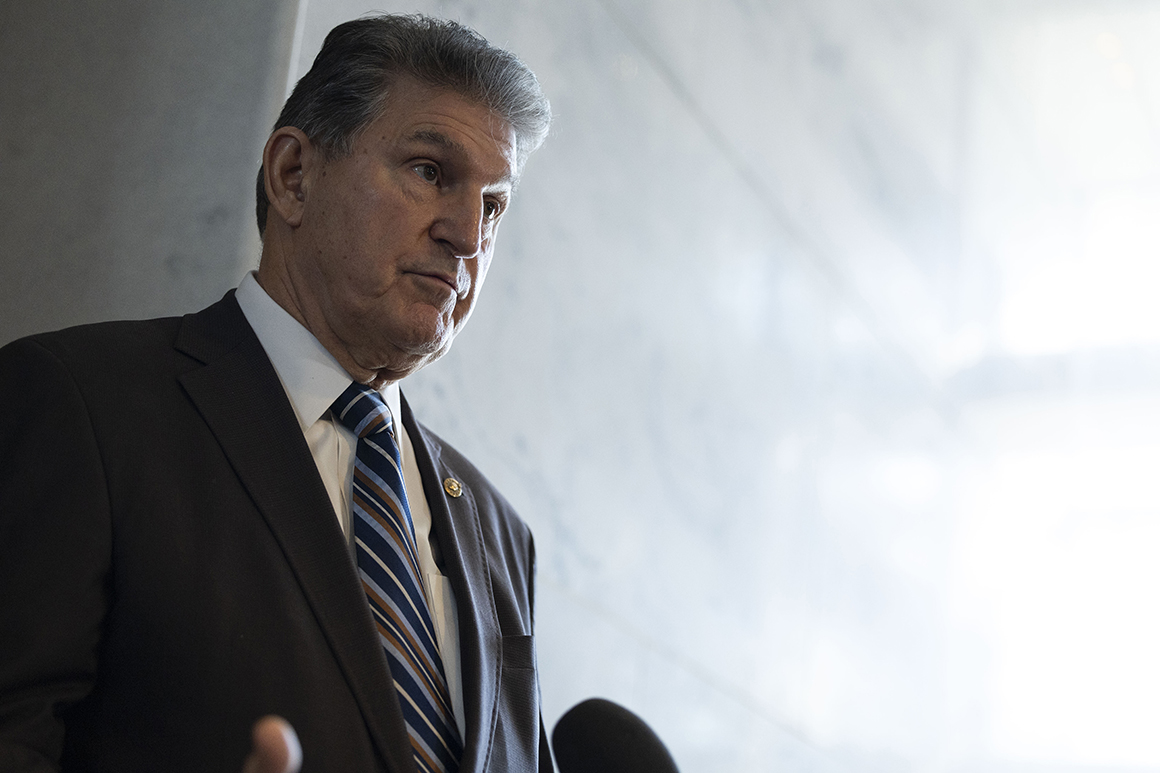 Manchin’s comments amount to just the latest bad sign for the House-passed legislation, which is now interminably stalled in the Senate due to Manchin’s opposition. There have been no specific conversations about reviving the legislation since Manchin spoke with Biden in late December after coming out against the bill on Fox News.

Democrats had hoped the year-end expiration of the expanded child tax credit might cajole Manchin into a deal. But his concerns are far broader and would require a significant rewrite of the legislation, extending to the bill’s short-term programs and longer-term financing.

That explains why the Senate is pivoting almost entirely to elections reform and debate over Senate rules changes, where Manchin stands as yet another blockade along with moderate Sen. Kyrsten Sinema (D-Ariz.). Manchin said he’s talking with Democrats about reforms to the Senate rules that might allow voting legislation to pass, but said as of now he’s “not agreeing to anything.”

Nonetheless, Senate Majority Leader Chuck Schumer said Manchin will have to vote on Biden’s signature spending bill at some point. The legislation has yet to come to the Senate floor after Schumer had hoped to pass it before Christmas.

“I intend to hold a vote in the Senate on BBB and we’ll keep voting until we get a bill passed. The stakes are high for us to find common ground,” Schumer said Tuesday.

Still, after Manchin’s comments Tuesday, the domestic spending bill seems in even worse shape than many in the party are willing to admit. And Democrats may have to seriously trim their ambitions to get Manchin’s vote, essential to pass the filibuster-proof spending bill in a 50-50 Senate.

Manchin called some of the bill “well-intended” but argued other parts are a “far reach.” In the past, he has raised questions about the price of the expanded child tax credit as well as the legislation’s paid leave provisions. On Tuesday, Manchin suggested that focusing the bill on climate might be easier than lumping in a hodgepodge of provisions that amount to much of his party’s domestic wish list from the past few years.

“The climate thing is one that we probably could come to an agreement much easier than anything else,” Manchin said.

A Biden administration official said they would not “comment about any individual member, but we continue to be engaged with a wide range of senators about advancing the President’s Build Back Better” plan.