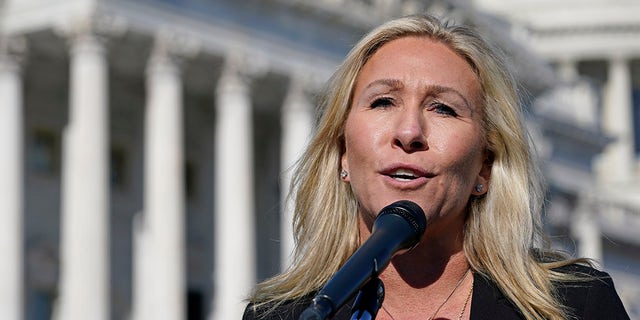 Greene had tweeted on Saturday about “extremely high amounts of Covid vaccine deaths.” Twitter did not specify in its statement if that tweet led to the permanent suspension.

Greene has previously been suspended from Twitter, including in August after tweeting “vaccines are failing & do not reduce the spread of the virus & neither do masks.”

Greene responded to the ban on the platform GETTR, saying “Twitter is an enemy to America.”

“When Maxine Waters can go to the streets and threaten violence on Twitter, Kamala and Ilhan can bail out rioters on Twitter, and Chief spokesman for terrorist IRGC can tweet mourning Soleimani but I get suspended for tweeting VAERS statistics, Twitter is an enemy to America and can’t handle the truth,” Greene wrote.

“That’s fine, I’ll show America we don’t need them and it’s time to defeat our enemies.”