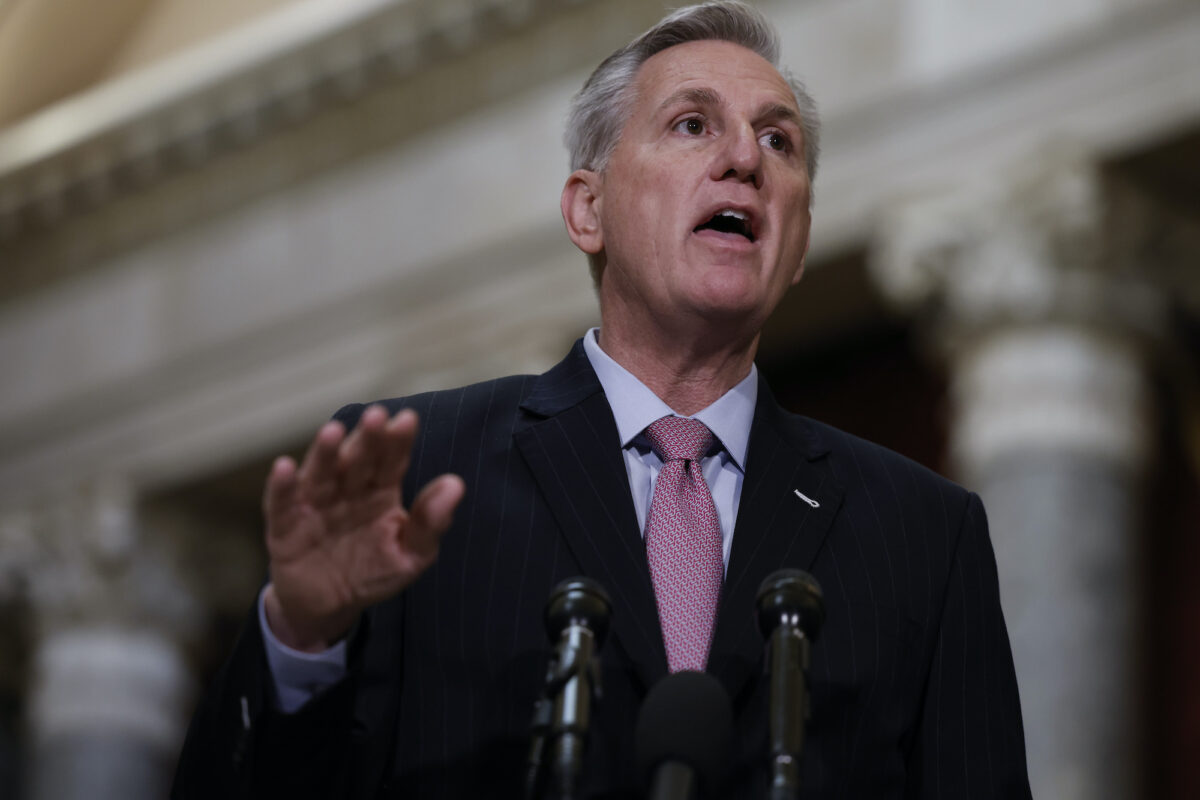 Speaker of the House Kevin McCarthy (R-Calif.) on Thursday declared an end to the controversial practice of proxy voting that allowed lawmakers to cast their votes remotely during the COVID-19 pandemic.

“No more proxy voting,” McCarthy declared. “Effective immediately, Members of Congress have to show up to work if they want their vote to count.”

The controversial proxy voting system in the U.S. House of Representatives was extended one final time through the Christmas period until the end of the 117th Congress on Jan. 3 by former House Speaker Nancy Pelosi (D-Calif.), who cited an ongoing “public health emergency.” Pelosi originally pushed the absentee voting measure through Congress in May 2020 and has consistently extended it.

The measure passed by a vote along party lines in January 2021, allowing lawmakers to work from home amid the pandemic while purportedly satisfying the Constitution’s requirement that lawmakers be present at Capitol Hill to vote on and approve legislation. This was achieved by allowing other legislators to vote on their behalf.

Proxy voting was expected to be in effect for a limited time under the provisions outlined in H.Res. 965, sponsored by Rep. Jim McGovern (D-Mass.) because not much was known about COVID-19 in 2020.

Republicans and the chamber’s sole independent member, Rep. Justin Amash (I-Mich.), voted unanimously against the rule. Only three Democrats, on the other hand, voted against it.

Since its approval, Republicans have generally been against the proxy voting measure.

The Ripon Society conducted a study and found that the proxy voting practice was mainly and extensively used by Democrats in 2021. According to the study, most Republican House members have avoided using it.

Out of the 440 members in the House, 339 of them utilized the proxy voting system at least once.

McCarthy previously attempted to have the proxy voting rules overturned by the judiciary. However, an appeals court ruled in favor of Pelosi, which prompted Republicans to take their case to the Supreme Court.

McCarthy and other Republicans argued in their petition that the practice of proxy voting was illegal, citing a clause in Article I, Section 6 of the Constitution, which states that lawmakers “shall not be questioned in any other place.” Pelosi, on the other hand, argued that the Constitution gave the House the authority to make its own rules.

In the end, the Supreme Court denied the Republican request, upholding the previous ruling by the appeals court that courts do not have the jurisdiction to rule on internal House rules.

Joseph Lord contributed to this report.

This report has been updated to include the date proxy voting officially ended.