Senate Minority Leader Mitch McConnell made a surprise visit to Ukraine where he met with President Volodymyr Zelenskyy in Kyiv.

Zelenskyy’s administration announced the visit on social media and posted pictures of the meetings.

“The president ended a meeting with influential American Republican senators. And the main thing is true friends of Ukraine,” Andrij Sybiha, a member of Zelenskyy’s administration, posted on Facebook Saturday. 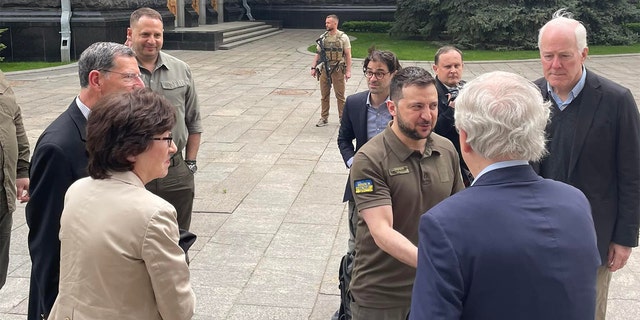 The post touted solid bipartisan support from “American friends” in Ukraine’s ongoing fight to defeat the Russian invasion that will soon be approaching three months.

McConnell was accompanied by fellow GOP senators John Barrasso of Wyoming, Susan Collins of Maine and John Cornyn of Texas. Their offices did not immediately respond to Fox News’ requests for comments. 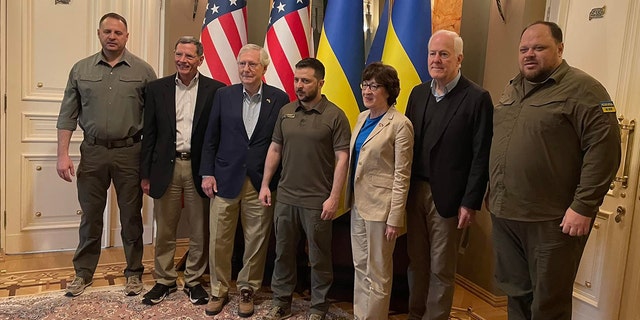 The visit comes as the Senate is weighing $40 billion in additional aid to Ukraine to help the country defeat Russia. Both McConnell and Senate Majority Leader Chuck Schumer, D-N.Y., wanted the package passed immediately, but Sen. Rand Paul, R-Ky., held up the vote over concerns the money needs oversight.

“My oath of office is to the U.S. Constitution, not to any foreign nation,” Paul tweeted Thursday after he single-handed delayed a unanimous consent request to fast-track the bipartisan aid passage. 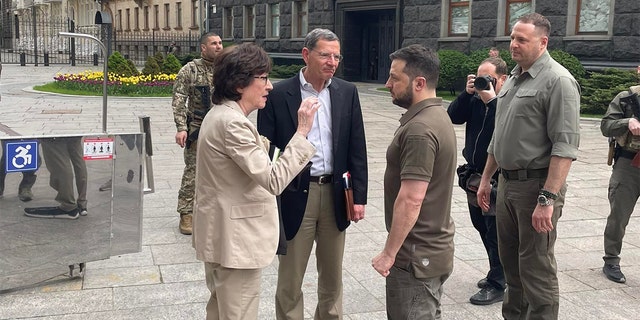 Ukrainian President Volodymy Zelenskyy speaks with Republican Sens. Susan Collins of Maine and John Barrasso of Wyoming, Saturday, May 14, 2022. (Andrij Sybiha/Office of the President of Ukraine)

House Speaker Nancy Pelosi, D-Calif., last week visited Zelenskyy in Ukraine. The House on Tuesday passed the $40 billion Ukraine legislation with a strong bipartisan vote of 368-57 and sent the bill to the Senate.

Despite the initial delay in the Senate, Zelenskyy’s administration expressed optimism the $40 billion package will be decided next week.

“Everything will be Ukraine!” Sybiha posted.