Former Reagan Justice Department official Mark Levin, host of “Life, Liberty & Levin“, sounded off Monday against the tide of “radical” and false claims against Illinois teenager Kyle Rittenhouse, who was acquitted in the shooting deaths of two protesters during the Jacob Blake riots in a trial that wrapped up last week.

He called on Americans to take note of the corporations that control the mainstream outlets, pointing out that Philadelphia-based cable giant Comcast owns NBC News and MSNBC, and that telecom company AT&T controls CNN parent WarnerMedia (formerly Time Warner).

WarnerMedia is currently in the process of a merger with Discovery Communications.

“These huge corporations, these corporatists, they think they are buying silence by siding with these Marxists, kooks [and] radicals. The media in this country, they are destroying this country. The Rittenhouse case involved three White men –  all felons; that’s the commonality – one White teenager, a White judge, White defense counsel … and somehow it was racist.”

Levin went on to say that many in the liberal media and politics are in fact defending the decedents and the man who survived the shooting.

“Who is it that it seeks to have felons as part of their base?” Levin said, suggesting it is the Democratic Party that relies on the convict population’s vote. “Bernie Sanders… said people still serving time should vote whether they are on death row or are rapists or whatever. This is part of the Democrat Party base … The Democrat Party campaigned for that vote.

“And the Democrat Party and their surrogates in the media confuse vigilantism with Good Samaritanism,” he said, describing the media’s depiction of Rittenhouse. “What they didn’t report is the slaughter taking place in our cities. Largely Black-on-Black crime… We have a real problem with the kind of mayhem and slaughter taking place in our cities.” 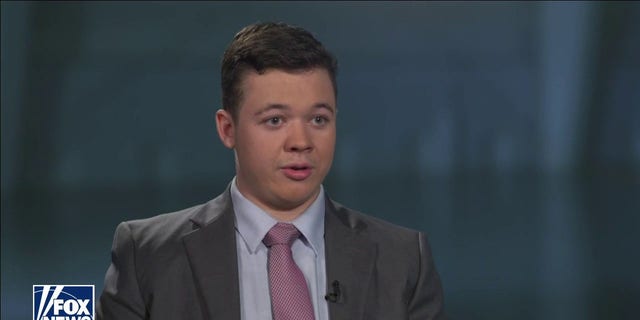 Levin noted how many of the large cities in America, while Democrat-dominated, are still in the throes of a violence epidemic, whether they be his hometown of Philadelphia or Chicago, New York and San Francisco.

He singled out Chicago and read from a local CBS affiliate’s reporting on the dozens of people killed in recent times in shootings in that city. Levin read the affiliate’s descriptions of several of the most recent incidents that led to the deaths of innocent bystanders and civilians.

“I want to know on MSNBC and the CNN why they claim to be so concerned — and yet don’t cover any of this. If I had not read this, it would not be on any national television program. Not one,” he claimed.

“Why aren’t people concerned about felons roaming around,” he said, once again criticizing Reid for her fiery coverage of recent events.

“It’s not about a white-dominant society. It’s not about corrupt judges or police or jurors. It’s about a culture in decline. The culture in decline is led by the racist media in this country – which appears by these giant corporations, whether its Comcast or AT&T; whether it’s Bezos over at the Washington Post – they are undermining this nation and don’t care for law enforcement.”

When asked by host Sean Hannity whether Rittenhouse has a potential legal case against Biden for defamation or something of the sort, Levin advised that the 1994 Paula Jones case bears precedent in that respect.

Jones, a former Arkansas state employee, alleged that President Clinton exposed himself and propositioned her for oral sex in a Little Rock hotel room in 1991. Clinton later settled with Jones a reported $850,000 in 1998, in exchange for her counsel dropping a legal appeal.

Levin noted Clinton was not president at the time of the alleged incident, telling Hannity that the same is true for October 2020 when Biden included Rittenhouse’s image in a campaign ad mentioning “White supremacists.” 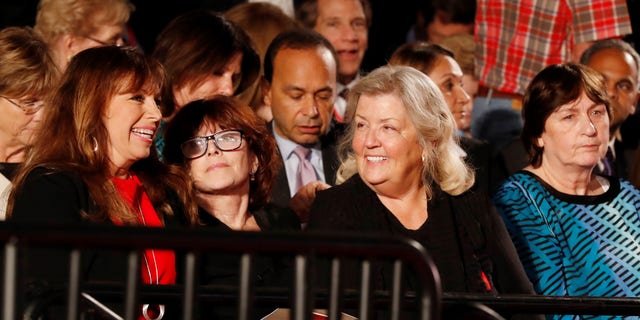 “Based on the Paula Jones case … he absolutely does – there’s no presidential immunity because he wasn’t president [but] a private citizen, and the Supreme Court ruled on that [detail].”

“If someone makes a definitive statement that you are a ‘White supremacist’ and they have no evidence… despite all of the levels the courts have put in place, that’s a strong case,” said Levin.

Levin further suggested Rittenhouse may have a similar complaint to lodge against MSNBC’s Cross for similar allegations.