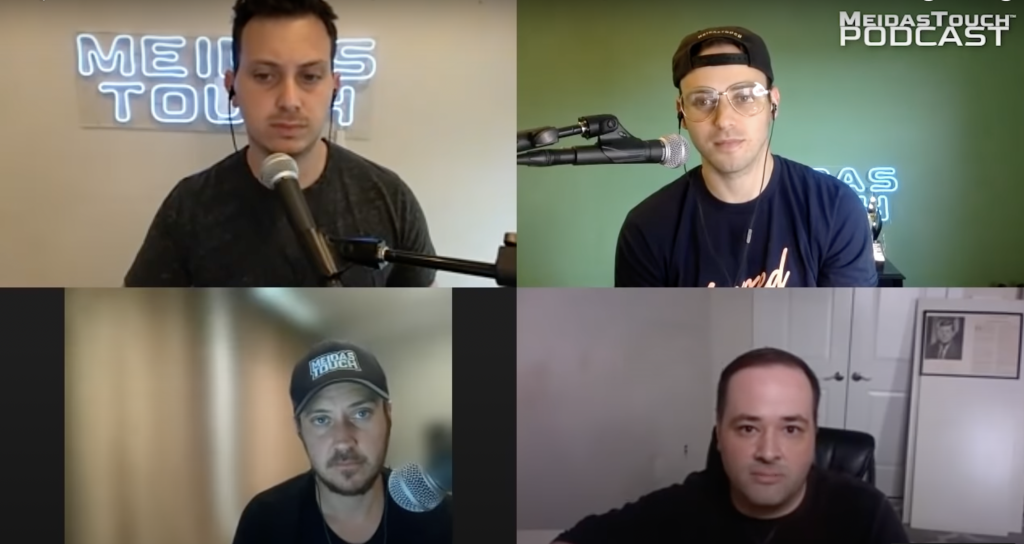 The balance of power in Washington is still up for grabs after a contentious midterm election, but one group can celebrate regardless of which party comes out on top: the anti-Trump political action committees whose leaders pocketed the money they ostensibly raised to attack the former president.

These groups raised millions from progressive donors, pledging that their funds would help elect Democrats across the country. The Democratic Coalition, which senator-elect John Fetterman’s (D., Pa.) campaign slammed as a “scam PAC,” spent just $2,840 of the $375,000 it’s raised on campaign advertisements, but doled out $65,000 to executive director Scott Dworkin’s consulting firm. Dworkin was one of several Democratic grifters who came together at an Oct. 21 White House social media summit.

This was the latest election cycle where anti-Trump PACs profited without making a real impact. The Lincoln Project, whose cofounder once touted the organization as a vehicle for its leaders to attain “generational wealth,” raked in $90 million during the 2020 election cycle, over half of which went to its founders’ consulting firms, according to Fox Business. Rep. Alexandria Ocasio-Cortez (D., N.Y.) in 2020 dismissed the group as a “scam.” Wary of its reputation, Ohio Democratic Senate candidate Tim Ryan’s campaign begged the Lincoln Project to stay away from the race in May.

Dworkin, whose Democratic Coalition doled out $128,000 to its top employees and consultants, was in good company at the White House’s October summit. Also in attendance was the executive editor of Occupy Democrats, whose Election Fund raised $1.3 million in the midterm cycle and paid $250,000 to a consulting firm owned by cofounder Omar Rivero, all while spending just $120,590 on political advertisements, according to Federal Election Commission records.

In a since-deleted tweet, Rivero defended the quarter-million-dollar payout, saying “If you understood the time and effort that goes into making viral memes—and the impact that they have—you might respect our work more.”

Rivero told Newsweek in September that there was nothing wrong with the Occupy Democrats Election Fund paying employees for their work. He touted that his group delivered “over 12.3 million meme impressions, over 1.2 million engagements, and over 100,000 shares” with its $50,000 investment in the failed 2021 effort to recall California Gov. Gavin Newsom (D.).

The founders of the anti-Trump group MeidasTouch also rubbed shoulders at the White House social media summit. Founded by three brothers in March 2020, the progressive super PAC claims to have racked up more than a billion views for viral videos it creates for “fractions of pennies on the dollar.”

The super PAC raised $2.4 million in the 2022 cycle, $1.1 million of which was paid to a consulting firm called Prestige WW that, according to Rolling Stone, shares an “unusual financial relationship” with MeidasTouch cofounder Brett Meiselas. MeidasTouch spent just $240,000 on political advertisements during the midterms, FEC records show.

“That’s not OK,” said Noti, who now serves as the legal director for the Campaign Legal Center watchdog group. “If the PAC is paying the company just as a pass-through for the money to get to its treasurer or to some fundraising company or whatever, what they need to be disclosing are the ultimate payments to those recipients.”

The Democratic Coalition, Occupy Democrats, and MeidasTouch did not return requests for comment.