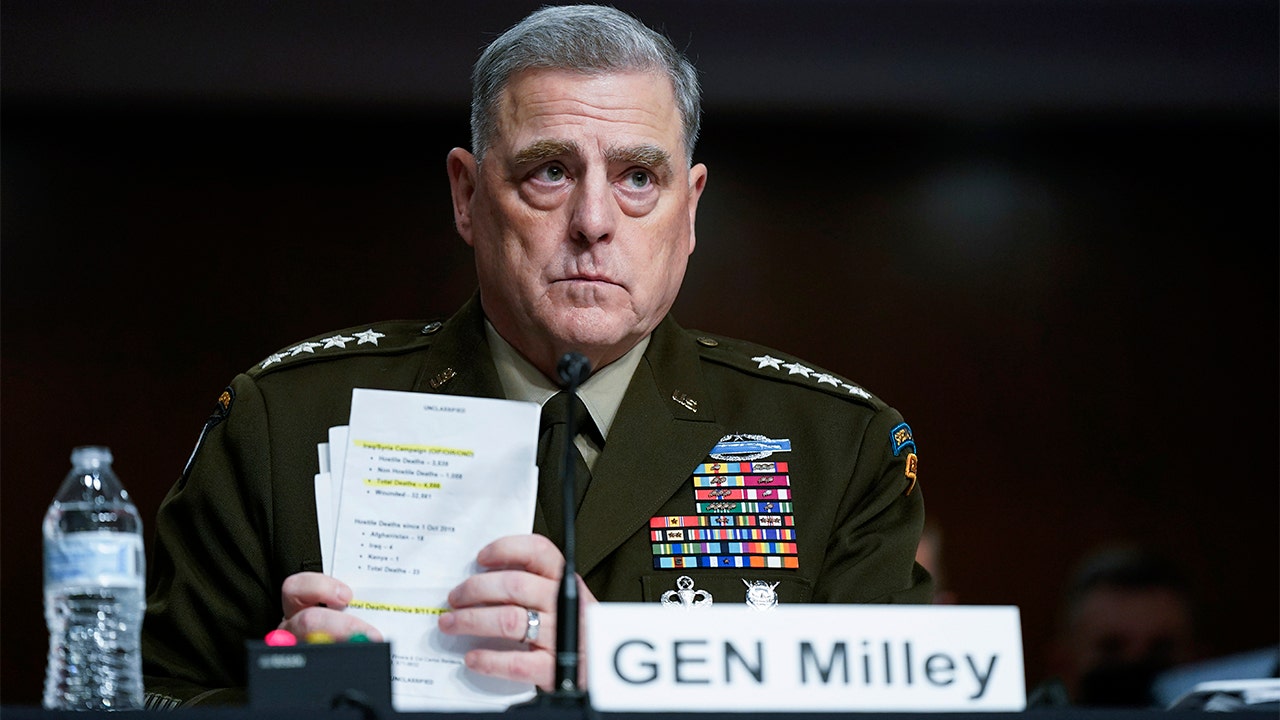 Chairman of the Joint Chiefs of Staff Gen. Mark Milley confirmed that he told his Chinese counterpart that he would “call” to warn of any potential U.S. attacks on Beijing, maintaining he had that conversation at the direction of then-Defense Secretary Mark Esper after assessing intelligence suggesting heightened Chinese concerns about escalation between the two “great” powers.

Milley addressed allegations that he held “secret” calls with his Chinese counterpart, Gen. Li Zuocheng of the People’s Liberation Army, in October 2020 and days after the Capitol riot in January 2021, which were included in “Peril,” a book co-authored by Washington Post correspondents Bob Woodward and Robert Costa.

Milley has faced calls to resign since the revelations were made public earlier this month. The book “Peril” by Bob Woodward and Robert Costa claims that Milley contacted Li after he had reviewed intelligence that suggested Chinese officials believed the United States was planning an attack on China amid military exercises in the South China Sea. The book claims Milley contacted Li a second time to reassure him that the U.S. would not make any type of advances or attack China in any form.

On Wednesday, during a hearing before the House Armed Services Committee focused on the U.S. military withdrawal from Afghanistan, Milley responded to questions about the allegations.

Milley explained that there was a “body of intelligence” that led to the call with his Chinese counterpart that was “persuasive” to Esper and himself, that the Chinese “thought wrongly that the United States is going to attack them.”

“I am certain, guaranteed certain, that President Trump had no intent to attack,” Milley said Wednesday. “And it was my task to make sure I communicated that, and the purpose was to de-escalate.”

“Trust me, we’re not going to attack,” Milley continued. “These are two great powers and I am doing my best to transmit the president’s intent, President Trump’s intent, to ensure that the American people are protected from an incident that could escalate.”

Milley added, though, that he is “not going to tip off any enemy to what the United States is going to do in an actual plan.”

“What I’m trying to do is persuade an adversary that’s heavily armed, that was clearly and unambiguously, according to intelligence reports, very nervous about our behavior and what was happening inside this country,” Milley explained. “And they were concerned that we, President Trump, was going to launch an attack.”

Milley maintained that Trump “was not going to launch an attack.”

He added: “I would never tip off any enemy to any kind of surprise that we were going to do. That’s a different context than that conversation.”

As for the intelligence, Rep. Mike Turner, R-Ohio, said it was not shared with Congress.

Milley explained it “wasn’t just a singular report, there was a lot, and it was significant.”

Milley’s comments Wednesday come after his testimony to the Senate Armed Services Committee Tuesday on the allegations, where he maintained his “absolute” loyalty to the United States Tuesday, and said he made top Trump administration officials aware of calls with his Chinese counterpart, despite reports to the contrary.

Milley, on Tuesday, explained that he is “specifically directed to communicate with the Chinese by Department of Defense Guidance, Policy Dialogue System.”

“These military to military communications at the highest level are critical to the security of the United States in order to deconflict military actions, manage crisis and prevent war between great powers armed with nuclear weapons,” Milley said.

Milley’s comments come amid calls for his resignation, including from former acting Defense Secretary Miller. Miller said he “did not and would not ever authorize” Milley to have “secret” calls with his Chinese counterpart, describing the allegations as a “disgraceful and unprecedented act of insubordination,” and calling on him to resign “immediately.”

President Biden, though, has said he has full confidence in the chairman of the Joint Chiefs of Staff.