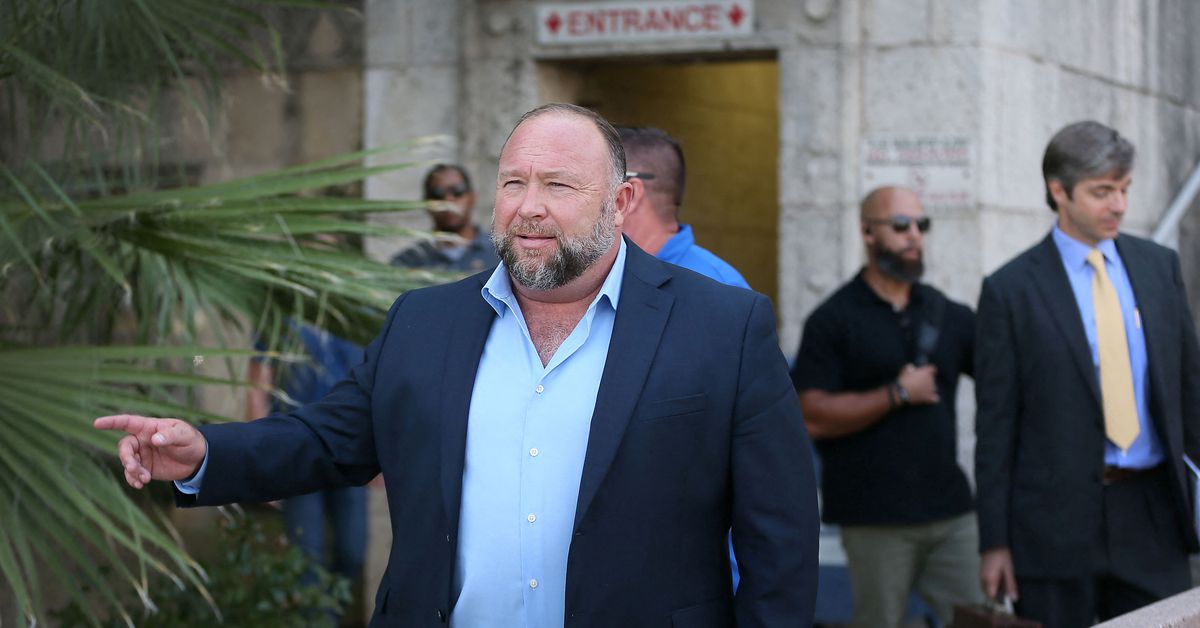 Aug 4 (Reuters) – A Texas judge denied Alex Jones’s motion for a mistrial on Thursday as jury deliberations resumed in a defamation case over the U.S. conspiracy theorist’s false claims about the Sandy Hook mass shooting.

The mistrial request followed the disclosure during the two-week-long trial that Jones’s lawyer accidentally sent two years of the U.S. conspiracy theorist’s text messages to the plaintiffs.

Federico Andino Reynal, an attorney for Jones, told Judge Maya Guerra Gamble that attorneys for the plaintiffs should have immediately destroyed the records. An attorney for the parents, Mark Bankston, used the texts to undercut Jones’ testimony during cross-examination on Wednesday.

Jones, founder of the Infowars radio show and webcast, is on trial to determine the amount of damages he owes for spreading falsehoods about the killing of 20 children and six staff at Sandy Hook Elementary School in Newtown, Connecticut, on Dec. 14, 2012.

Neil Heslin and Scarlett Lewis, the parents of slain six-year-old Jesse Lewis, are seeking as much as $150 million from Jones and his company, Free Speech Systems LLC, for what their lawyer has called a “vile campaign of defamation.”

Heslin told jurors on Tuesday that Jones’ falsehoods had made his life “hell” and led to a campaign of harassment and death threats against him by people who believed he lied about his son’s death.

Jones previously claimed that the mainstream media and gun-control activists conspired to fabricate the Sandy Hook tragedy and that the shooting was staged using crisis actors.

Jones, who later acknowledged that the shooting took place, told the Austin jury on Wednesday that it was “100% real.”

Gamble issued a rare default judgment against Jones in the case in 2021.

Free Speech Systems declared bankruptcy last week. Jones said during a Monday broadcast of Infowars that the filing will help the company stay on the air while it appeals.

Jones faces a similar defamation suit in Connecticut state court, where he has also been found liable in a default judgment.

The Sandy Hook gunman, Adam Lanza, 20, used a Remington Bushmaster rifle to carry out the massacre. It ended when Lanza killed himself with the approaching sound of police sirens.