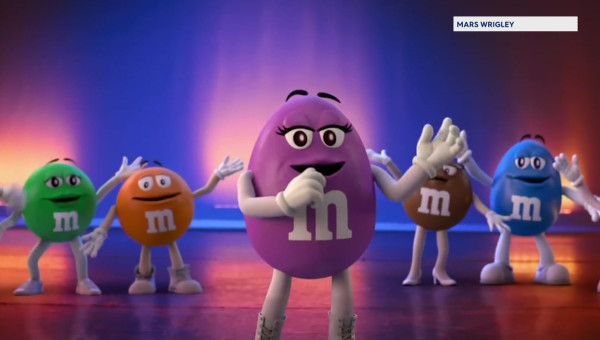 From gas stoves to candy – nothing seems to be off-limits in today’s culture wars.

New Jersey-based Mars Wrigley announced Monday that the anthropomorphic M&M characters would no longer be the “spokescandies” for the product. The company says that M&Ms are not meant to be divisive.

“Who is the purple M&M?… She’s completely comfortable in her own candy shell,” says Jessica Adelman, vice president of corporate affairs.

She says purple represents all communities.

The company refreshed the look of its mascots last year to reflect on today’s society. Some of the “female” characters were redesigned to have sensible shoes, include of high heels. Some critics labeled the effort “woke” and vowed to boycott the candy.

“For companies, it’s really hard. Especially for large brands because consumers are expecting them to take a stance on these big-ticket issues. But it’s a delicate dance,” says Rutgers Business School marketing professor Kristina Durante.

Durante says she is researching this issue.

And while some see the change in the candies as “woke,” others say it is “woke-washing” – co-opting a cause for money.

“They didn’t really go all in with it, so it’s being seen as inauthentic. It’s like they said, ‘Hey, let’s make some candies diverse. That means we’re supporting of diversity and inclusion and equity,’” Durante says.

Adelman says that moving away from the candy characters has nothing to do with wokeness or divisiveness. She says that it is about announcing a new promoter – comedian Maya Rudolph – and leading up to a Super Bowl commercial.

“And a commitment to the power of M&Ms to bring people together rather than a reaction to any of that noise you may be hearing out there,” she says.

What to expect for that Super Bowl spot is still unclear but the company says to watch for more in the coming weeks.