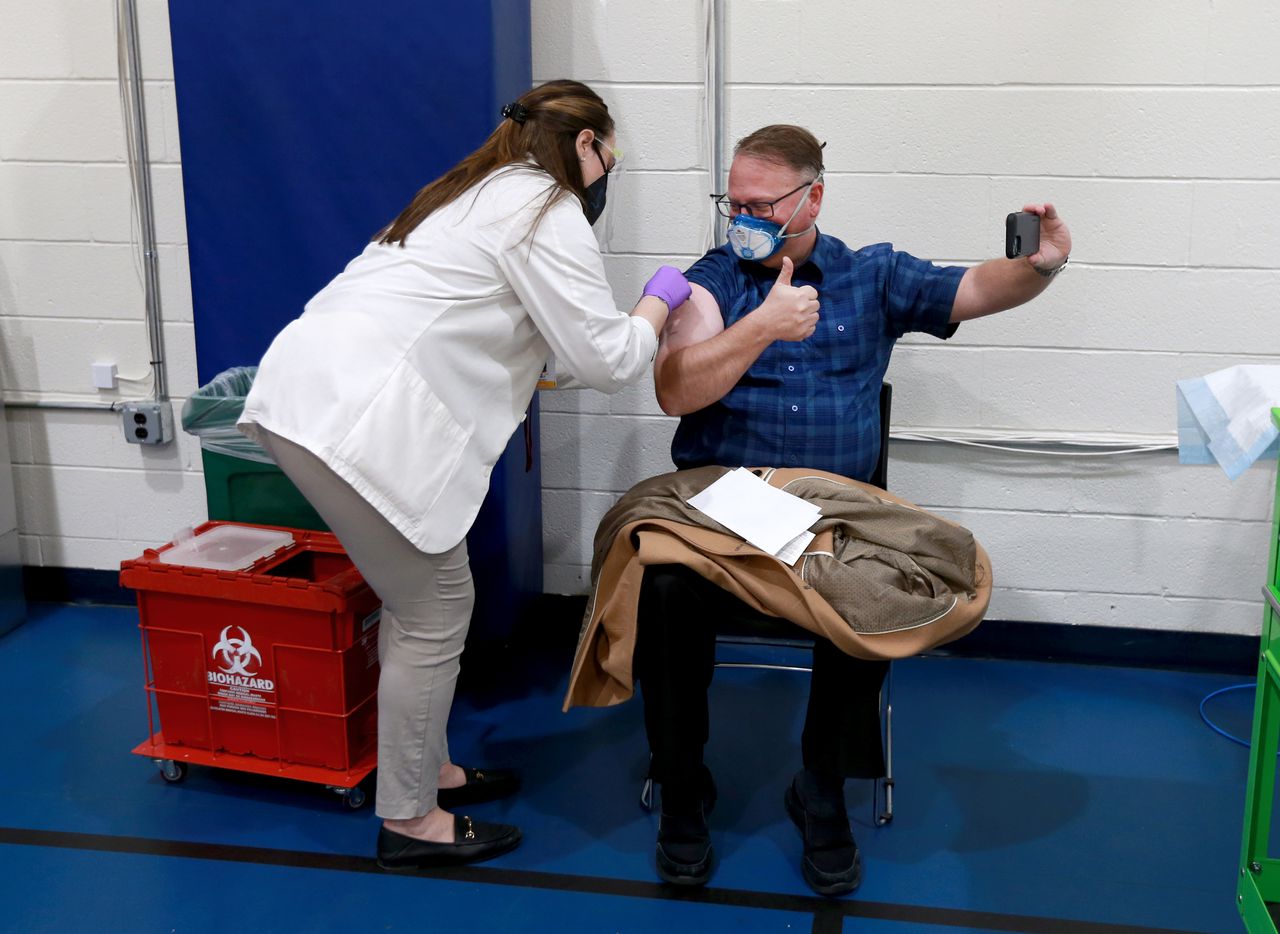 New Jersey on Thursday reported another 2,015 confirmed COVID-19 cases and 28 more confirmed deaths, while hospitalizations dropped below 1,000 patients for the first time in more than five weeks.

The seven-day average for confirmed positive tests is now 1,726, down 7% from a week ago, but up 3% from a month ago.

There were 980 people hospitalized with confirmed or suspected coronavirus cases as of Wednesday night, according to state data. That’s down by 86 patients from the previous night and the first time since Aug. 23 that hospitals reported fewer than 1,000 patients. There were 130 patients discharged in the 24 hours leading up to Wednesday night.

The delta variant continues to dominate cases in New Jersey with nearly all of sampled cases in the four weeks ending Sept 11.

School districts in the state have reported at least 39 in-school outbreaks for a total of 219 cases, more than double the cases reported a week ago, according to the state’s dashboard.

In-school outbreaks are defined as three or more cases that are determined through contact tracing to have been transmitted between staff or students while at school. They do not include total cases among staff and students. For example, Toms River schools have had more than 236 students and 34 teachers test positive since the start of the school year, but the state does not list any outbreaks or cases in Ocean County.

The positivity rate for tests conducted on Saturday, the most recent day available, was 6.1%.

Twenty of New Jersey’s 21 counties continue to be listed as having “high” rates of coronavirus transmission, according to the U.S. Centers for Disease Control and Prevention. Hudson County’s community transmission level was listed as “substantial” on Thursday. It’s the first county to have its level of transmission modified since August. Regardless, the CDC is still recommending people in all 21 counties wear masks for indoor public settings regardless of the state’s vaccination rates.

New Jersey has now reported 27,427 total COVID-19 deaths in 18 months — 24,640 confirmed and 2,787 considered probable, according to the state dashboard. The probable deaths, which are revised weekly, increased Monday by 14 fatalities.

At least 8,546 of the state’s COVID-19 deaths have been among residents and staff members at nursing homes and other long-term care facilities, according to state data.

There are active outbreaks at 152 facilities, resulting in 640 current cases among residents and 540 among staffers.

In all, the state of 9.2 million residents has reported 1,001,635 total confirmed cases out of the 15.5 million PCR tests conducted since it announced its first case on March 4, 2020. The state has also reported 150,958 positive antigen tests, which are considered probable cases.

As of Wednesday, there have been more than 233 million positive COVID-19 cases reported across the globe, according to Johns Hopkins University, with more than 4.77 million people having died due to the virus. The U.S. has reported the most cases (more than 43.3 million) and deaths (more than 695,500) than any other nation.

More than 6.2 billion vaccine doses have been administered globally.

Our journalism needs your support. Please subscribe today to NJ.com