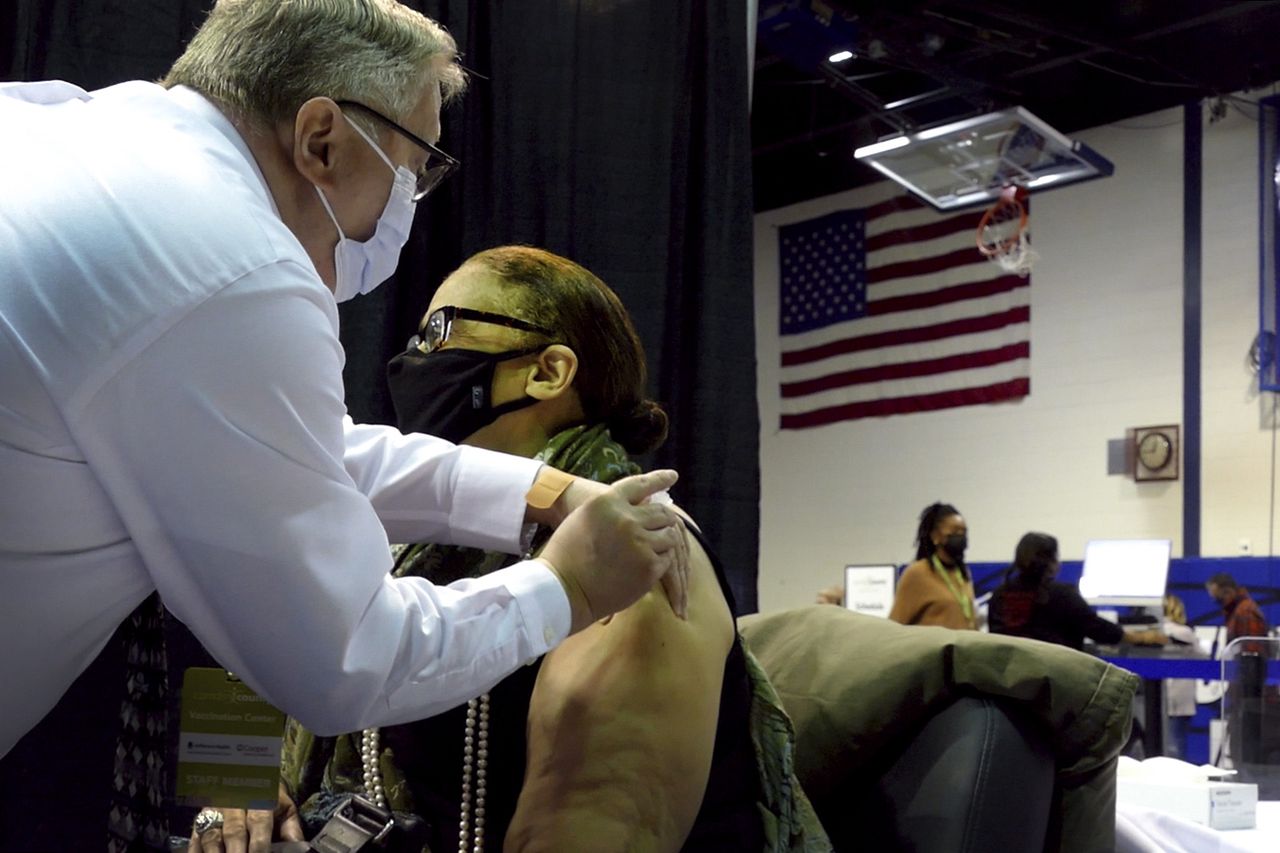 New Jersey on Wednesday reported another 1,366 confirmed COVID-19 cases and 29 more confirmed deaths as in-school outbreaks and cases across the state rose again.

The state’s seven-day average for newly confirmed positive tests fell to 1,402, down 7% from a week ago and 22% from a month ago.

“Looking to the most recently reported positive cases, we are seeing a moderation of new cases,” Gov. Phil Murphy said during his afternoon coronavirus briefing. “This doesn’t mean that we’re not going to have one-day spikes – and this is why the rate of transmission is based off a seven-day curve, no just a one-day curve – but we are seeing more and better trends”

School districts in New Jersey have so far reported at least 96 in-school outbreaks, for a total of 521 cases. That’s an increase of 27 new outbreaks since last week and a 69% increase in total cases.

“As a reminder, this dashboard tracks COVID outbreaks that lead to three or more infections and which are determined to have stemmed from in-school activities,” Murphy said. “We are well aware that there are additional students, and educators and staff, who may have been exposed and infected in social gatherings or other means of community spread. These cases are not tracked on our dashboard – and the layered approach to safety that we have undertaken across all of our schools is designed to keep these instances of community spread from becoming in-school outbreaks.”

In-school outbreaks are defined as three or more cases that are determined through contact tracing to have been transmitted between staff or students while at school. They do not include total cases among staff and students.

The statewide rate of transmission is 0.94, up slightly from 0.93 on Tuesday. Any transmission rate below 1 indicates that each infected person is passing the virus to less than one other person and the outbreak is no longer expanding.

Murphy also provided an update on 33,963 breakthrough COVID-19 cases among those fully-vaccinated in the state. Those cases have led to 672 patients hospitalized (0.01% of the the total vaccinated population in the state) and 182 deaths (0.003% of fully vaccinated).

There were 895 people hospitalized with confirmed or suspected coronavirus cases across 70 of the state’s 71 hospitals as of Tuesday night, according to state data. One hospital did not report data.

The number of patients mostly leveled out over the past month, with only slight increases and decreases.

There were 117 patients discharged in the 24 hours leading up to Tuesday night. Of those hospitalized, 219 were in intensive care, with 117 of them on ventilators.

The delta variant of the virus continues to dominate cases in New Jersey, with nearly all of sampled cases in the four weeks ending Sept 18.

State officials warned last week there will likely be an increase in overall COVID-19 cases statewide as the weather cools, especially after Thanksgiving.

Still, Murphy has stressed the state will be helped by relatively high vaccination rates, and state Health Commissioner Judith Persichilli said she expects hospitals to be able to handle an increase in patients.

More than 5.93 million people who live, work or study in New Jersey — a state of about 9.2 million residents — have now been fully vaccinated.

“We crossed the threshold of 75% of all eligible individuals ages 12 and older who live, work, or study in New Jersey having completed a vaccination course,” Murphy said. “We are now one of only seven states to top 75%.”

All but six of New Jersey’s 21 counties are listed as having “high” rates of coronavirus transmission, according to the U.S. Centers for Disease Control and Prevention. Essex, Hudson, Mercer, Middlesex, Somerset, and Union counties have all been downgraded to substantial transmission. But the CDC is recommending people in all 21 counties wear masks for indoor public settings regardless of vaccination status.

New Jersey, an early epicenter of the pandemic, has now reported 27,653 total COVID-19 deaths in slightly more than 19 months — 24,850 confirmed and 2,803 considered probable, according to the state dashboard. That’s the second-most coronavirus deaths per capita in the U.S.

The state has reported 1,021,272 total confirmed cases out of the more than 15.71 million PCR tests conducted since it announced its first case March 4, 2020. The state has also reported 154,643 positive antigen or rapid tests, which are considered probable cases.

Through Sept. 20, there have been 30,267 COVID-19 cases among fully vaccinated people in New Jersey. Of those, only 629 have been hospitalized and 158 have died.

As of Wednesday, there have been more than 238.8 million positive COVID-19 cases reported across the world, according to Johns Hopkins University, with more than 4.86 million people having died due to the virus. The U.S. has reported the most cases (more than 44.5 million) and deaths (more than 716,800) than any other nation.

There have been more than 6.52 billion vaccine doses administered globally.

Our journalism needs your support. Please subscribe today to NJ.com.

The Backstory: My brother is one of millions who won't get the COVID-19 vaccine. I asked why. Here a...
DeSantis turns his ire on Biden instead of Covid-19 as it rages in Florida - CNN
Senate infrastructure bill ends a Covid-era business tax break early - CNBC