A dark money nonprofit aligned with House Majority Leader Nancy Pelosi has been delinquent in her home state of California for months and has been threatened with possible suspension or revocation, state filings show.

The delinquency means that the Pelosi-affiliated group, House Majority Forward, has been barred from soliciting or accepting contributions in the Golden State, where many major Democratic donors live.

While it is impossible to determine if the nonprofit raised money in California since it fell out of compliance, the group reported having a San Francisco-based fundraiser on its payroll on its most recent tax forms. 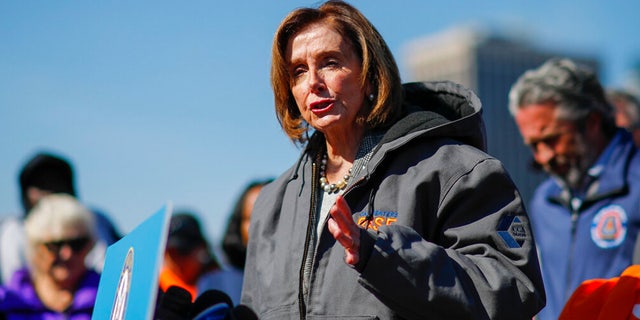 Speaker of the House Nancy Pelosi, D-Calif., speaks during a news conference about infrastructure at Pier One at Brooklyn Bridge Park, Monday, March 14, 2022, in New York. (AP Photo/Eduardo Munoz Alvarez)

House Majority Forward first received a warning from California’s attorney general’s office in June 2021, saying the group had failed to submit all required documents and must do so within 60 days.

In January, the California AG office sent another letter to House Majority Forward saying it’s “listed as delinquent” for failing to submit the required reports.

A delinquent nonprofit in California cannot operate or accept money in the state as it remains out of compliance.

“An organization that is listed as delinquent is not in good standing and is prohibited from engaging in conduct for which registration is required, including soliciting or disbursing charitable funds,” the letter says. “The organization may also be subject to penalties and its registration may be suspended or revoked by the Registry.” 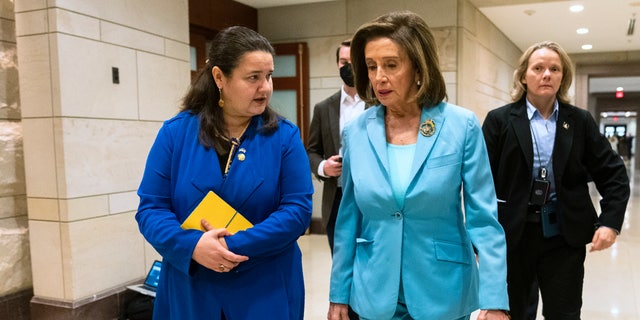 House Majority Forward still appeared as “delinquent” on the attorney general site as of Thursday afternoon. The group did not respond to a Fox News Digital inquiry, including if they had accepted any contributions from Californians while in the delinquent state.

House Majority Forward was incorporated in Washington, D.C., in 2019 as an affiliate of the Pelosi-aligned House Majority PAC, which works to retain Democrats in the House of Representatives. The two entities share staff members.

The nonprofit has raked in tens of millions of dollars since its inception. Its most recent tax forms show that it had collected $29.7 million from undisclosed contributors in 2020, a $21.5 million increase over its founding year.

The tax forms also show that it had paid three fundraisers throughout 2020, including Lisa Presta in San Francisco, who raised money for the group through phone calls and in-person events, the disclosures say. It is unclear if she currently conducts work for the nonprofit. 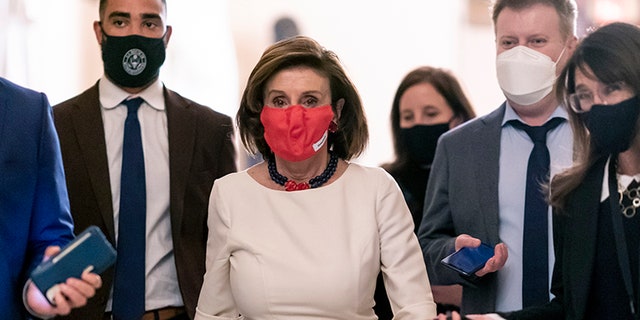 Its most significant California contributor is LinkedIn co-founder and Democratic megadonor Reid Hoffman, who provided $1.95 million to the PAC. He is among the top contributors to the House Majority PAC for the midterm elections.