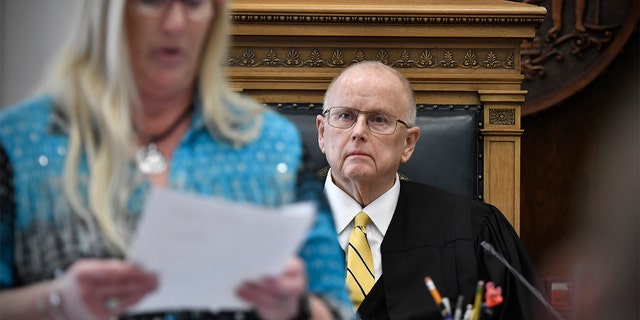 Shriver, however, said she was confused by the jury’s decision. She appeared to join several other media figures who have expressed their outrage over the verdict and suggested the defendant was guilty as charged.

“I’m trying to take a beat to digest the Rittenhouse verdict,” Shriver tweeted Friday. “My son just asked me how it’s possible that he didn’t get charged for anything. How is that possible? I don’t have an answer for him.”

“The idea that someone could be out with a semi-automatic weapon, kill people, and walk is stunning. I look forward to hearing from the jury. This is a moment for them to explain how they came to their decision,” she said in a follow-up tweet.

Several people took issue with her summary of the situation, noting she left out how Rittenhouse claimed he was acting in self-defense the night of the shootings and first went to Kenosha to try and keep the peace as riots erupted in the city.

Sen. Ted Cruz, R-Texas, said it was “pretty stunning” that Shriver is an NBC anchor, before he too laid out the facts of the case. 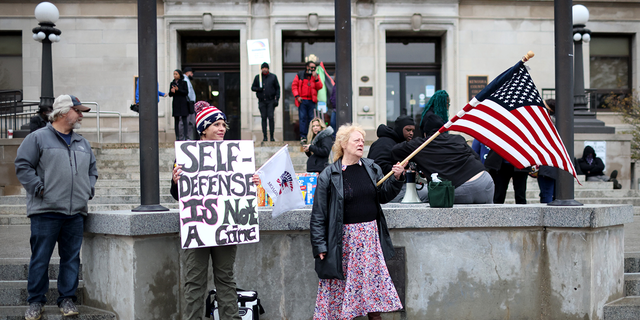 KENOSHA, WISCONSIN – NOVEMBER 17: Demonstrators gather outside of the Kenosha County Courthouse as the jury deliberates for a second day in the trial of Kyle Rittenhouse on November 17, 2021 in Kenosha, Wisconsin. Rittenhouse, a teenager, faces homicide charges and other offenses in the fatal shootings of Joseph Rosenbaum and Anthony Huber and for shooting and wounding of Gaige Grosskreutz during unrest in Kenosha that followed the police shooting of Jacob Blake in August 2020. (Photo by Scott Olson/Getty Images) (Scott Olson/Getty Images)

Others mocked her apparent misunderstanding of the case.

“What? Were you not following the case at all? It’s one thing to disagree with the verdict, but another thing entirely to say you don’t have even a basic grasp of the issues at play. Especially when you’re an anchor for a major news network,” firearms reporter Stephen Gutowski said.

Liberal lawmakers and pundits from networks like MSNBC labeled Rittenhouse a “White supremacist” both before and after the conclusion of the trial. 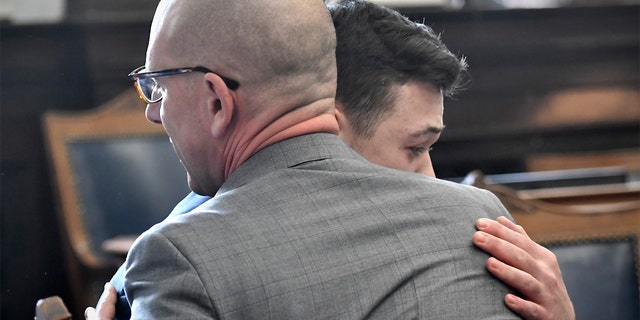 Several of Rittenhouse’s supporters, including Covington Catholic High School graduate Nicholas Sandmann, who was demonized in 2019 following a viral video that was largely taken out context, encouraged Rittenhouse to sue the media outlets with defamation who essentially convicted him, some of whom deemed him guilty before the trial even got underway.

“Kyle was almost immediately labeled a ‘White supremacist’ and a ‘domestic terrorist,’” Sandmann recently wrote in The Daily Mail.

“To many, my red MAGA hat clearly meant that I was a racist,” Sandmann continued. “Kyle wasn’t given his day in court by his critics. And neither was I. The attacks on Kyle came from the national news media, just as they came for me. They came quickly, without hesitation, because Kyle was an easy target that they could paint in the way they wanted to.”

CNN ended up settling a multimillion-dollar defamation lawsuit with Sandmann in January 2020.