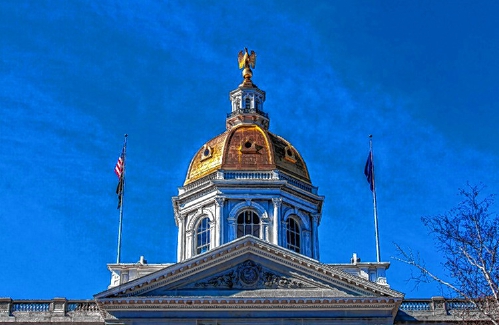 The House redistricting committee will hold its first public listening session in Concord. Similar sessions will be held around the state, with meetings scheduled in Dover on Sept. 22 and Manchester on Sept. 30.

Republicans hold eight of the 15 seats on the House committee, while the Senate redistricting committee is made up of two Republicans and one Democrat. The Senate panel initially will focus on redrawing the 24 state Senate districts and five Executive Council districts, while the House will initiate plans for the 400 House seats and both congressional districts.

Republicans also controlled the Legislature when the current plan was approved in 2012. But the map was vetoed by Democratic Gov. John Lynch, who argued it was unconstitutional because it denied 62 towns and wards their own seats in the House and that it needlessly broke up municipalities. The Legislature overrode the veto, and the state Supreme Court later found the plan constitutional.

Republican Gov. Chris Sununu vetoed bills in 2020 and 2019 that would have created an independent redistricting commission, saying it was unnecessary because gerrymandering – drawing boundaries to benefit the party in power – is rare in the state and the current redistricting process was fair. The GOP-led Legislature killed similar bills this year.

Though Democrats hold both of the state’s U.S. House seats, the 1st District seat flipped five times in seven election cycles before Democrat Chris Pappas won his first term in 2018. Some Republicans want to use the redistricting process to increase their odds of regaining the seat, but Sununu recently told New Hampshire Public Radio, “That’s really stupid.”

“Districts and elections and public service, it’s won with good candidates. If you don’t have a good candidate, I don’t care how good you make the district,” he said. “I’m just a big believer that that’s just a bunch of political nonsense that really has no place and never really pans out.”