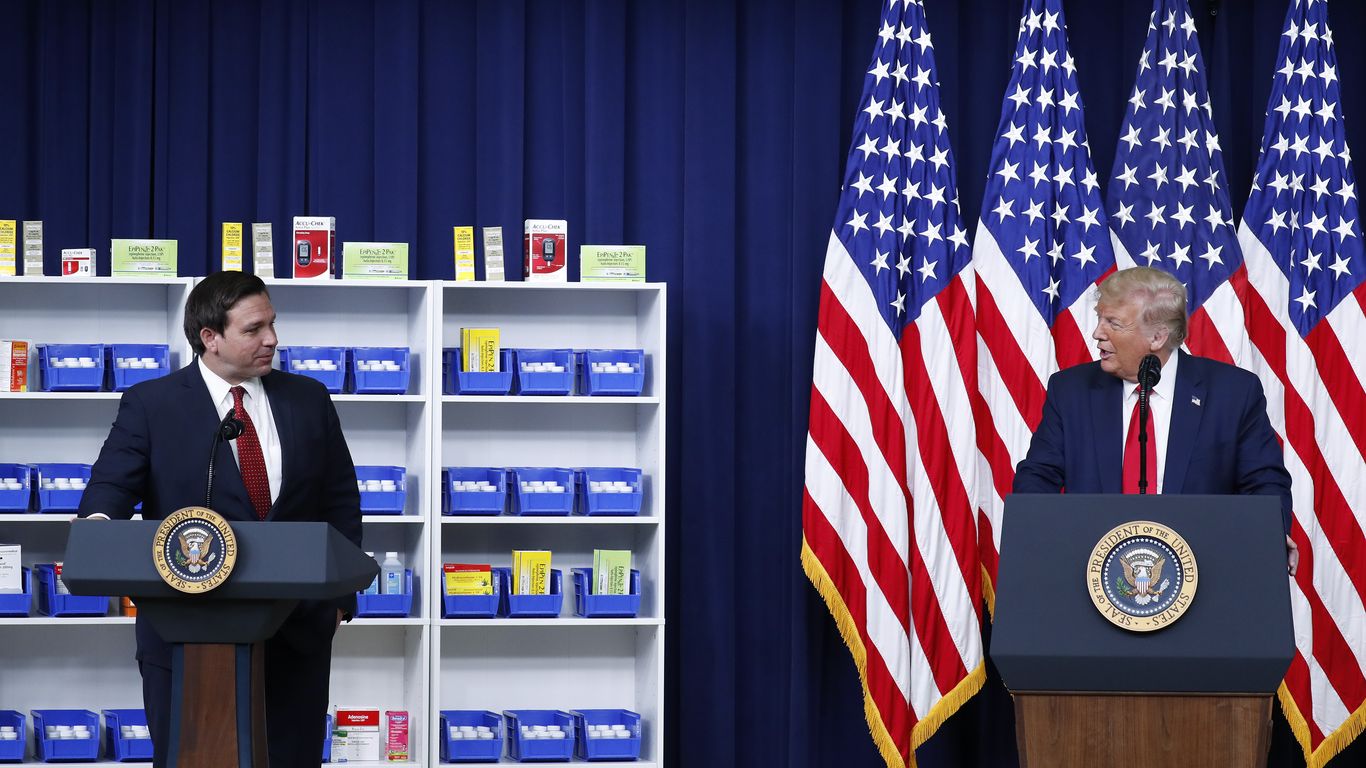 Gov. Ron DeSantis (R) may have an edge among voters in his own state over former President Trump, a USA Today/Suffolk University poll out Wednesday shows.

Why it matters: It’s still early, but the new figures illustrate the potentially changing preferences among GOP voters in the Sunshine State in favor of rising conservative star DeSantis.

Driving the news: In a hypothetical 2024 primary in Florida, DeSantis leads Trump 48% to 40% — compared to January, when Trump led DeSantis by seven points, per USA Today.

Between the lines: “This doesn’t necessarily mean DeSantis would lead in any other GOP primary state,” David Paleologos, director of the Suffolk University Political Research Center, told USA Today.

The big picture: Nationally, in a Politico/Morning Consult poll out on Wednesday, 52% of respondents said they would vote for Trump if the GOP primary were being held today, compared to 19% saying the same for DeSantis.