The NYPD is searching for a suspect who allegedly stabbed a 32-year-old man to death on a subway train in the early hours of Sunday morning.

The northbound 2 train was pulling into the 34th Street-Penn Station stop shortly after midnight when the 32-year-old was stabbed in the neck in an “unprovoked” attack, according to police. 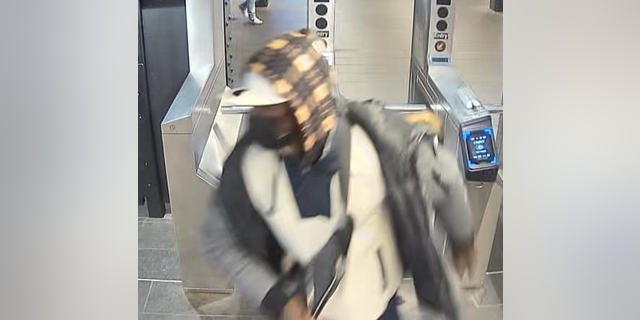 The suspect fled the subway station after allegedly stabbing a 32-year-old man in an “unprovoked” attack.  (New York Police Department)

The victim was transported to a local hospital where he was pronounced deceased.

The suspect, who is now wanted for homicide, fled the subway station after the attack. He is described as a male with a dark complexion wearing a white baseball hat, black face mask, gray jacket with an orange and black checkered hood, and black pants.

Crime on the subway has jumped in recent months, with 94 grand larcenies in the transit system in September, compared to 64 in August and 55 in July, according to FOX 5 New York. Subway robberies also jumped in September.