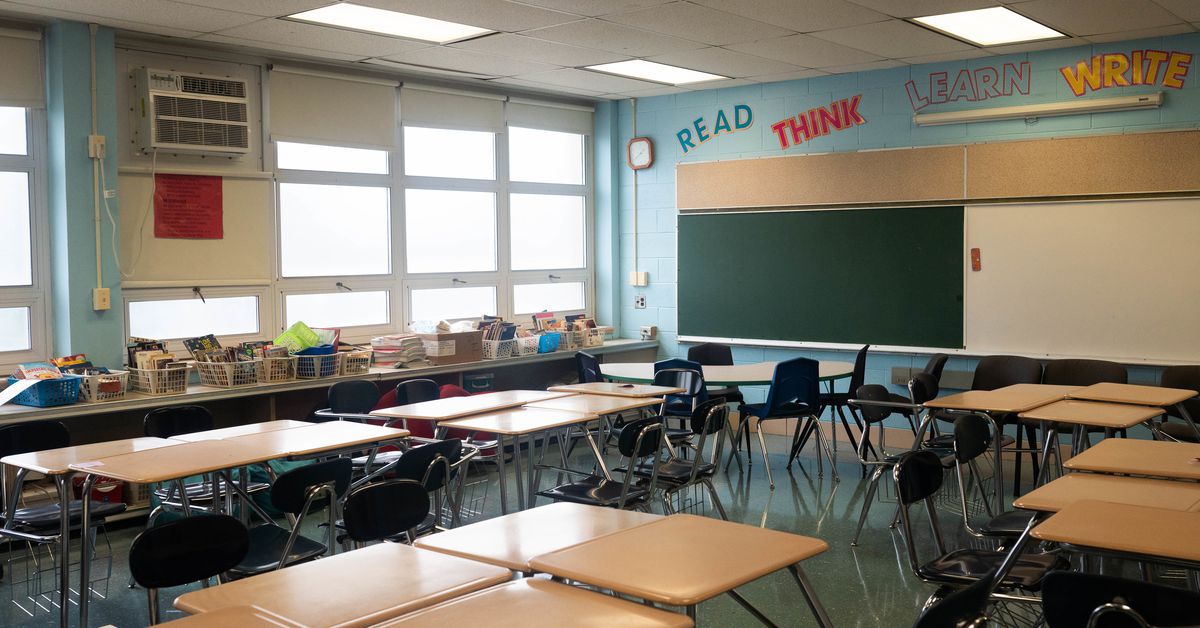 Another day came and passed with no agreement between Chicago Public Schools and the Chicago Teachers Union, leaving classes canceled again Friday for the vast majority of students, though a small handful of schools were expected to offer at least some activities.

The union’s disagreement with the school system over COVID-19 protocols amid the city’s Omicron variant wave meant the vast majority of CPS students wouldn’t have classes either in classrooms or online for the third consecutive day as the two sides sort out their differences.

“Bargaining sessions today started at noon and went into the evening. The sessions were productive from our perspective,” Mayor Lori Lightfoot and CPS CEO Pedro Martinez said in a statement.

President Joe Biden said this week he believes schools should remain open during the Omicron wave, and an administration source said Biden’s education secretary, Miguel Cardona, held separate phone conversations with Martinez and Randi Weingarten, president of the CTU’s parent union, in which he “underscored the importance of in-person learning.”

Cardona offered technical assistance from the Department of Education to “implement mitigation strategies to get kids back in school in person” and told them “we should all work together towards that goal of getting kids back in classrooms while protecting the safety of teachers, educators and communities.”

Meanwhile, principals throughout the city sent messages to their families Thursday letting them know whether their students would have limited opportunities to attend school Friday depending on how many teachers were expected to ignore the union’s refusal of in-person work and show up to their buildings.

“You should not plan to send your child to school, unless your child’s principal tells you that students can come to school for in-person activities,” the district told families, noting that would be the case at only “a small number of schools.”

About one of every eight CPS teachers — 12.8% of the district’s 21,600 — went to their schools Thursday, according to district officials. Some schools saw higher rates than others, such as Mount Greenwood, a Far South Side neighborhood in the city’s only Republican ward, where the elementary school said more than 90% of its staff showed up this week.

Teachers who are following the union’s labor action, which calls for remote work only, an option not currently allowed by CPS, have been locked out of their emails and other work accounts. Only those who report in person have access and can communicate with parents.

The district asked principals to submit their plans for Friday by mid-afternoon Thursday. Those who expected between 20% and 60% of their staff to report to school could hold “academic enrichment” such as computer lab activities, sports, games, art, tutoring or writing exercises but no new lessons, grades or recorded attendance, according to a memo a principal shared with the Sun-Times. Principals with 69% or more of their teachers expected to show could hold regular classes and record attendance.

An official wrote in a memo to principals in one Northwest Side network that they should “be transparent with the supports that can be offered to parents, do not over promise when you are under staffed.”

In a video message posted online, Morgan Park High School Principal Femi Skanes told families the Far South Side school won’t hold remote classes Friday but will distribute laptops from 9 a.m. to 3 p.m. for students to keep until the end of the year.

“For some of our students who need to get caught up on some missing assignments or get caught up on some skills in class, you will have a Chromebook so that you can continue to do that,” she said. The devices could also be used for needs like PSAT or SAT practice, or college and financial assistance applications.

But after 18 confirmed cases this week, Principal Efren Toledo wrote in an email to the school community that any student who wants to go to school Friday must be registered for the district’s COVID-19 testing program. Any CPS parents can register their children for in-school testing at color.com/readycheckgo-cps. That program is for asymptomatic people — anyone who has symptoms was asked to seek testing at a pharmacy, clinic or other medical site.

“That’s something that’s going to be a little different,” Toledo told families during an online webinar. “If they’re coming back, they will have to be registered. It’s very important that we have a solid testing protocol.” Half of Thorp students were signed up so far.

After principals met all day, Troy LaRaviere, president of the Chicago Principals and Administrators Association, released a statement with input from school leaders that criticized the plan to let individual schools offer different levels of support to their students.

“This is a districtwide crisis and we need a districtwide strategy. It should not be an ad hoc reactionary response that creates inequities that are predictable among social and economic line,” the statement said.

Martinez had said in a news conference Wednesday that he heard from principals who wanted to offer programming for their students if they had enough staff.

More principals said they were receiving news of positive virus tests administered earlier in the week that showed more infections in their schools than before winter break. Confirmed virus cases reached record highs this week, in line with the city’s wider surge. The infections remained a small fraction of the district’s 272,000 students at non-charter schools and 40,000 employees, though many have had trouble accessing tests.

There were 433 positive cases among students and 280 in adults reported Tuesday, both more than double the previous high this school year, which came right before winter break, according to CPS records. Student cases dropped to 136 Wednesday, the first day of canceled classes, while adult infections stood at 208.

The CTU has demanded students and staff show negative test results before returning to classes and has called for increased testing capacity moving forward. The two sides are also discussing a threshold of teacher and student absences that would trigger the closure of an individual school for a few days.