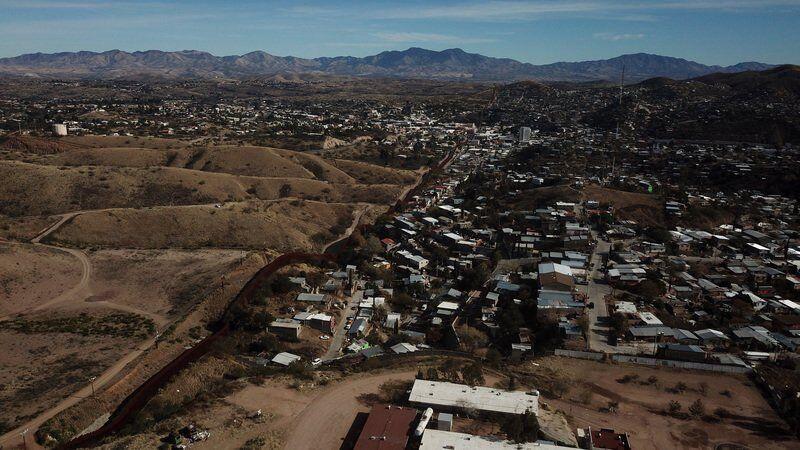 On Thursday, Tracey Horan of the Sisters of Providence accompanied families of migrants as they walked up to the Port of Entry at Nogales on the border of Mexico and the United States.

The families sought asylum in the U.S. to escape persecution and certain death by organized crime gangs.

The response from the border agents was shocking, Horan said Friday at Saint Mary-of-the-Woods.

The pedestrian entry was closed to all people wanting to cross the border at that point on foot.

“It is alarming and confusing to have such an exaggerated response to families who are seeking an opportunity to be heard and to seek asylum,” Horan said.

But that has been the consistent response she has seen for months, she said Friday afternoon as she talked about the immigration situation.

The reason for the rejection of asylum-seekers, she said, is the process known as Title 42, a reference to part of a U.S. public health code that allows the government to close the borders during certain public health emergencies. The order was issued during the Trump Administration in response to COVID-19, and the Biden Administration has defended Title 42 despite President Joe Biden’s earlier vows to implement a more humane approach to immigration and asylum seekers.

Horan is the associate director of education and advocacy with the Kino Border Initiative in Nogales, Arizona. She returned to the Sisters of Providence on Friday for a weekend retreat and with hopes of informing the community of what she sees at the border.

In 2019, she moved to Nogales, Arizona, after discerning with the Sisters of Providence community that her mission was to respond to the border. She lives in a congregational house close to the border, interviewing migrants and documenting their stories.

Many of the migrants are from southern Mexico where the turf wars among crime groups have reached a fevered pitch. Entire villages are being emptied, houses burned and roads closed.

Many people have told her they would prefer not to have to leave their homes, she said.

“They had jobs and community, but the threat of organized crime and persecution eventually drove them out so they could protect their families and survive,” she said.

On Thursday, Horan was with a group of families with children, accompanied by the bishop of Tucson, as they approached the Port of Entry. She witnessed first-hand how border agents ignored requests for asylum and closed the pedestrian gates.

She said recent news reports and photos of border agents on horseback charging migrants was not surprising to her, because such abuses have been happening on a regular basis.

The Ports do have the capacity to process people, she said, as evidenced by what was seen briefly in the spring when asylum was being granted. Up to 40 people per day were processed at that time at the Nogales port, she said.

The process includes paperwork, finger-printing, background checks and release to a sponsoring family or friends.

“These people have family members waiting for them,” she said of many of the migrant families who are waiting. “It’s simply a matter of letting them access the process to get into the U.S.”

While they wait, some individuals and families stay in shelters. Some families are able to rent a room where several people can sleep on the floor. Many of the people are living in squalor, without kitchens or heat, she said.

The migrants have been peaceful during their waiting, she said. Many of them wear white shirts as signs of peace when they approach the border, but it does no good.

“Many of them feel hopeless or ignored by the government,” she said of the mood among the migrants. But the rejection has not harmed the resolve of the organizations offering assistance with the asylum process.

“We can bring them together and pray. We can accompany them and say we believe in them and their rights to a dignified life,” she said.

Her organization lets the migrants know that people support them and care about what they are going through.

“I’m grateful that in the midst of so much pain and fear and persecution, we can provide a supportive space so people know they are not alone,” she said.

Horan hopes that sharing her experience with a wider audience will prompt a call for change by the public, and that people will contact their congressional representatives to request change.

“I want people to open their eyes and their hearts to this situation and imagine if they were in this situation what would they be willing to do and sacrifice for their families,” she said.

For more information on advocacy efforts at the border, go online to www.kinoborderinitiative.org.