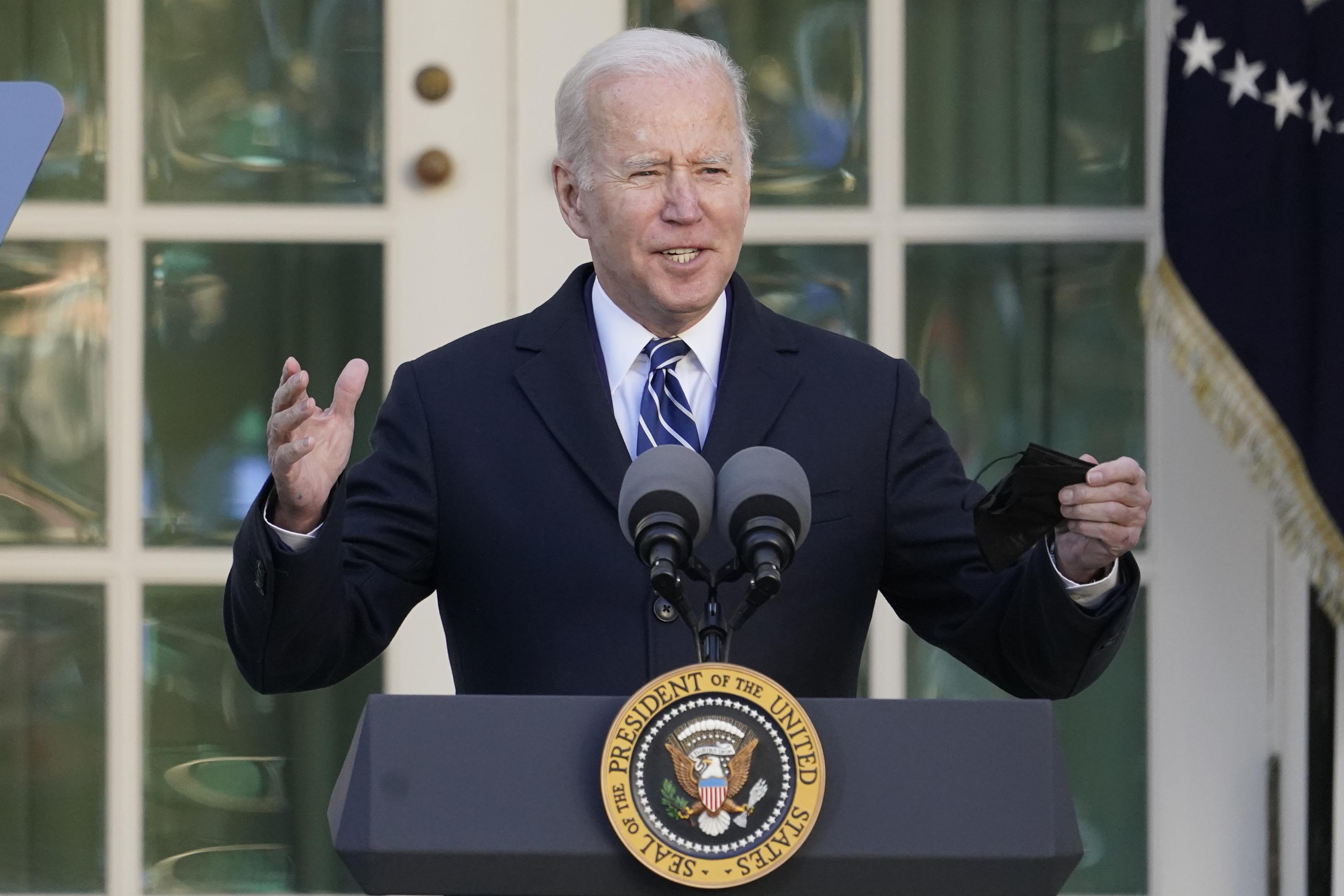 WASHINGTON (AP) — More than 90% of federal workers received at least one dose of a COVID-19 vaccine by Monday’s deadline set by President Joe Biden.

Biden announced in September that more than 3.5 million federal workers were required to undergo vaccination, with no option to get regularly tested instead, unless they secured an approved medical or religious exemption. A U.S. official said the vast majority of federal workers are fully vaccinated, and that a smaller number have pending or approved exceptions to the mandate.

In all, more than 95% of federal workers are in compliance with the Biden mandate, the official said, either by being vaccinated or having requested an exemption. Workers who are not in compliance are set to begin a “counseling” process that could ultimately result in their termination if they don’t get a shot or secure an approved exception to vaccination.

The official spoke on the condition of anonymity to discuss the statistics because the official wasn’t authorized to speak on the record before their official release later Monday.

The deadline is a major test of Biden’s push to compel people across the country to get vaccinated, as his administration has emphasized that vaccination is the nation’s surest way out from the pandemic. Beyond the federal worker rule, his administration is looking to compel large businesses to institute vaccinate-or-testing requirements that would cover more than 84 million workers, though plans for January enforcement have been on hold pending litigation.

There was considerable concern over whether federal employees would follow the mandate, particularly in law enforcement and intelligence agencies where there was vocal resistance, and among federal workers involved in the travel sector heading into the busy holiday travel season

The official said that on Wednesday the Office of Management and Budget would release a breakdown of agency compliance rates.

According to the official, nearly 25% of the Internal Revenue Service’s employees started getting vaccinated after Biden’s announcement, and 98% of its employees are now in compliance with the requirement.

Just about two weeks ago, several intelligence agencies had at least 20% of their workforce unvaccinated as of late October, said U.S. Rep. Chris Stewart, a Utah Republican who is a member of the House Intelligence Committee. Federal Law Enforcement Officers Association President Larry Cosme said around the same time that there are about 31,000 members from 65 federal law enforcement agencies in the association and he estimated 60% of them have been vaccinated.

The White House is now aiming to use the federal vaccination mandate as a model for private businesses to implement their own mandates even before litigation of the Occupational Safety and Health Administration’s is resolved.

Since Biden announced the first federal mandates earlier this summer, the number of unvaccinated Americans aged 12 and over has dropped from about 100 million to under 60 million. Health officials emphasize that the overwhelming majority of instances of serious illness and death from COVID-19 now occur among those who haven’t received a vaccine.

Dr. Fauci Says Here's When We May Need Boosters - Eat This Not That - Eat This, Not That
‘Nothing to be afraid of’: Anti-vaxxer said he was ‘glad’ to catch COVID – it killed him days later ...
As chicken prices soar, Sanderson Farms set to be sold for $4.5B - USA TODAY