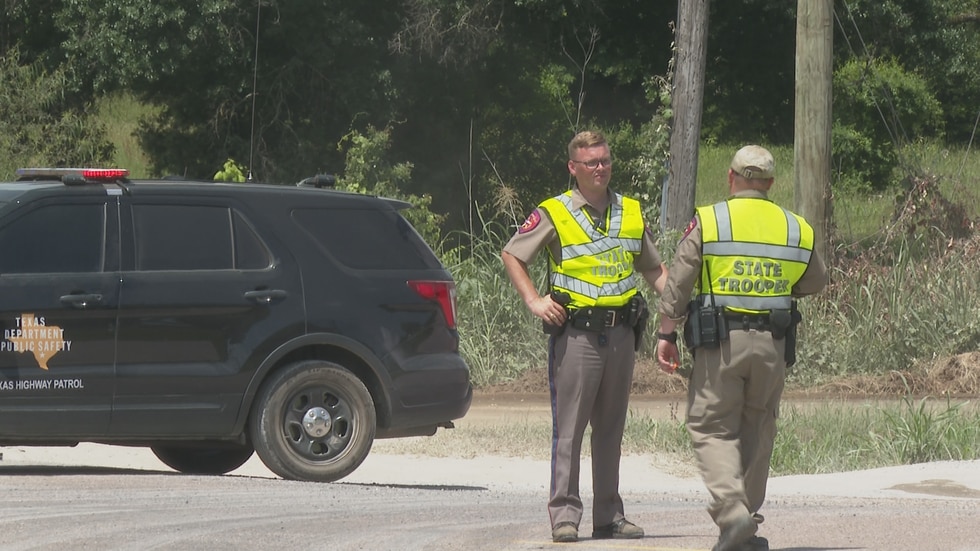 CENTERVILLE, Texas (KBTX) – The search continues for convicted killer Gonzalo Lopez. Officials say the 46-year-old has been on the run for about 48 hours.

Dog teams have been deployed to search over a 4-mile perimeter that begins where Lopez escaped after he crashed a prison bus off Highway 7 in Centerville. Officials believe he was able to escape his restraints with a homemade weapon. Texas Department of Criminal Justice Chief of Staff Jason Clark said they still don’t know what that weapon was.

Law enforcement also believes he used that same weapon to assault the officers on the bus and take control of it before the crash. Clark said Lopez was sitting towards the front of the bus before the incident happened.

Since his disappearance, Clark said law enforcement has received calls from residents who believe they’ve seen Lopez near their residences. Clark said officials did see Lopez under a tree Thursday after he escape but have not been able to locate him since.

Officials believe Lopez is still in Leon county and that his escape was premeditated. They’re investigating if other inmates or prison staff helped him escape.

“We know from Lopez’s history and his previous attempts to get away from law enforcement that he’ll stay put and lay low with the hopes that law enforcement will move to a different area, but I can just tell you we’re not gonna move,” Clark said. “Lopez is gonna get back in custody.”