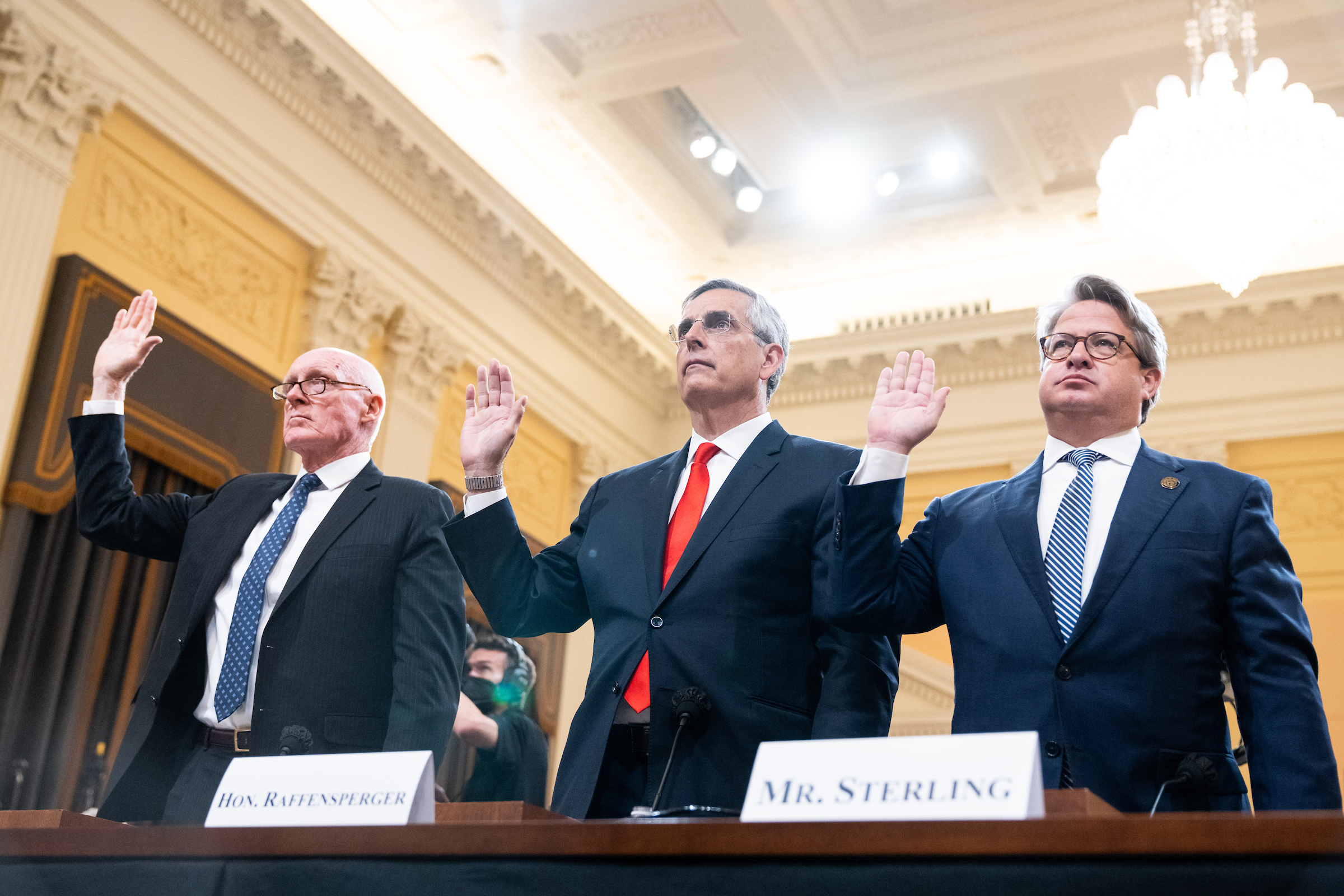 Former President Donald Trump’s sweeping endeavor to enlist fake slates of electors in states that Joe Biden won in order to overturn the 2020 presidential election was met with stiff resistance from GOP state officials who, in the face of death threats, decided against accommodating Trump’s demands.

Doing so, one official from Arizona and two from Georgia told the House select committee investigating the Jan. 6, 2021, Capitol riot, would have violated their oaths of office and to the Constitution.

That push to ignore the will of the voters and replace Biden’s slates of electors in key battleground states that the now-president carried — Arizona, Georgia, Michigan, New Mexico, Nevada, Pennsylvania and Wisconsin — included efforts by Rep. Andy Biggs, R-Ariz., and Sen. Ron Johnson, R-Wis., the select committee alleged Tuesday.

Trump and former attorney Rudy Giuliani called Arizona House Speaker Rusty Bowers, a Republican, shortly after the 2020 election. During that conversation, Bowers said they claimed thousands of dead people and undocumented immigrants purportedly voted in the 2020 election. Bowers asked for evidence and said he “never” received it.

They also asked Bowers to convene a committee hearing in the Arizona state House and wanted to use that committee platform to replace Biden electors. Bowers refused, saying their lack of evidence did not merit a hearing. Bowers told Giuliani that they were asking him to do something “against” his oath and that he vowed not to “break” it.

Collier: Trump has already won political Powerball - The Columbian
Trump and January 6 will continue to haunt America - MSNBC
Joy Behar says 'The View' changed when Trump got elected: 'We used to have more laughs' - Fox News