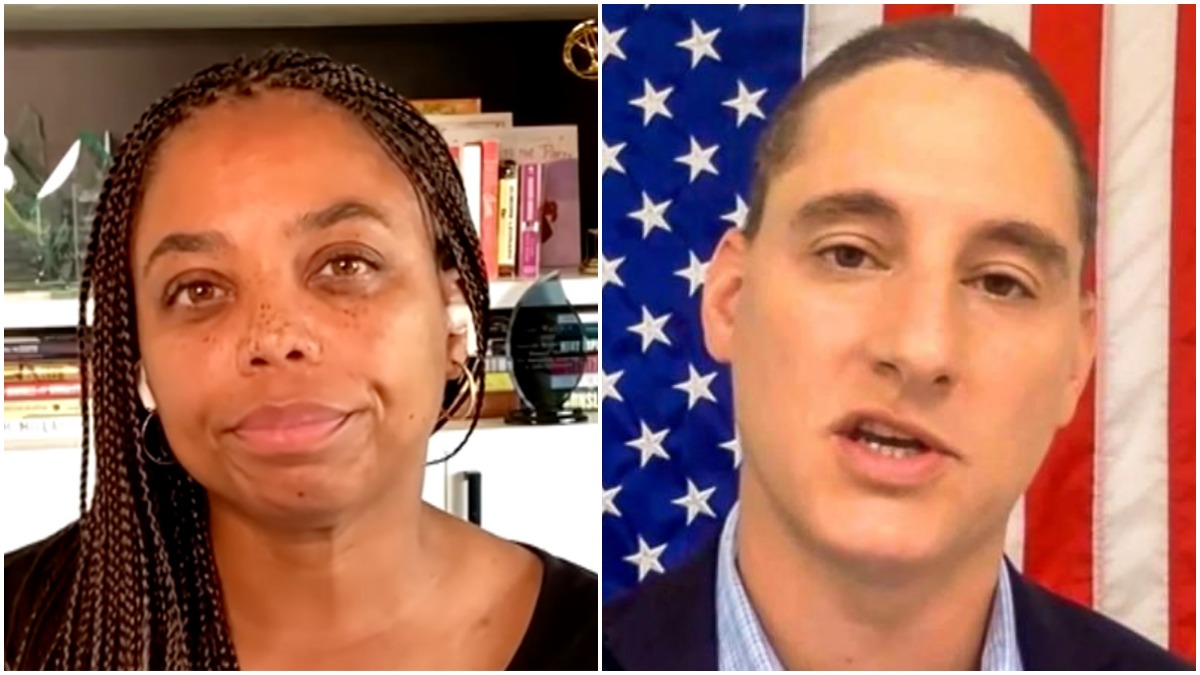 Award-winning journalist Jemele Hill appears to have hurt the feelings of Ohio GOP senatorial candidate Josh Mandel after she called him out for his comments on Critical Race Theory (CRT).

The incident began after the politician referenced Dr. Martin Luther King Jr. while denouncing CRT, something Republican states have been banning left and right.

“By advancing the lie of Critical Race Theory, the liberals are stomping on the grave of Martin Luther King,” Mandel said on Twitter last week.

That prompted a reply from Dr. King’s daughter Bernice King, who politely advised Mandel to study her father’s past instead of adding his name to things he didn’t support.

“I invite you, if you truly desire to advance the cause of humanity toward true peace, to study my father’s teachings in full and in context,” Bernice King wrote, replying to Mandel. “He was not a drum major for a colorblind society, but for justice, which requires truth about our past and present.”

Mandel did not take Bernice King’s words kindly, telling her to “spare me your lectures” before claiming CRT teaches students to be racist.

That’s when Hill jumped into the situation, calling out Mandel for attempting to teach the daughter of a civil rights legend about her father.

“Imagine being the obnoxious moron who tried to lecture DR. MARTIN LUTHER KING JR’S DAUGHTER on her own father,” Hill wrote. This is some peak Caucasity.”

Mandel, upset at getting owned by a Black woman, couldn’t give up and attempted to get Hill by talking about her being fired from ESPN and comparing her to political pundits Keith Olbermann and Marc Lamont Hill.

However, Hill quickly responded, stating several facts, including that she wasn’t fired from ESPN (she left the network) and that Mandel has no clue what he’s talking about.

“Hi Josh: I know facts aren’t really your thing, but I wasn’t fired from ESPN. 2nd: I’m better at my job than you are at yours. 3rd: You don’t have the range to understand MLK’s work. If you did, you wouldn’t be out here loud, proud and wrong. Sit this play out, chief.”

Mandel is up against 11 candidates in the GOP primary for Rob Portman’s seat, who is retiring. The GOP candidate has had several issues during his campaign. In May, he had to deal with an exodus of fundraisers and less than a month later had several members of his staff walk out due to his girlfriend, who doubles as his finance director.