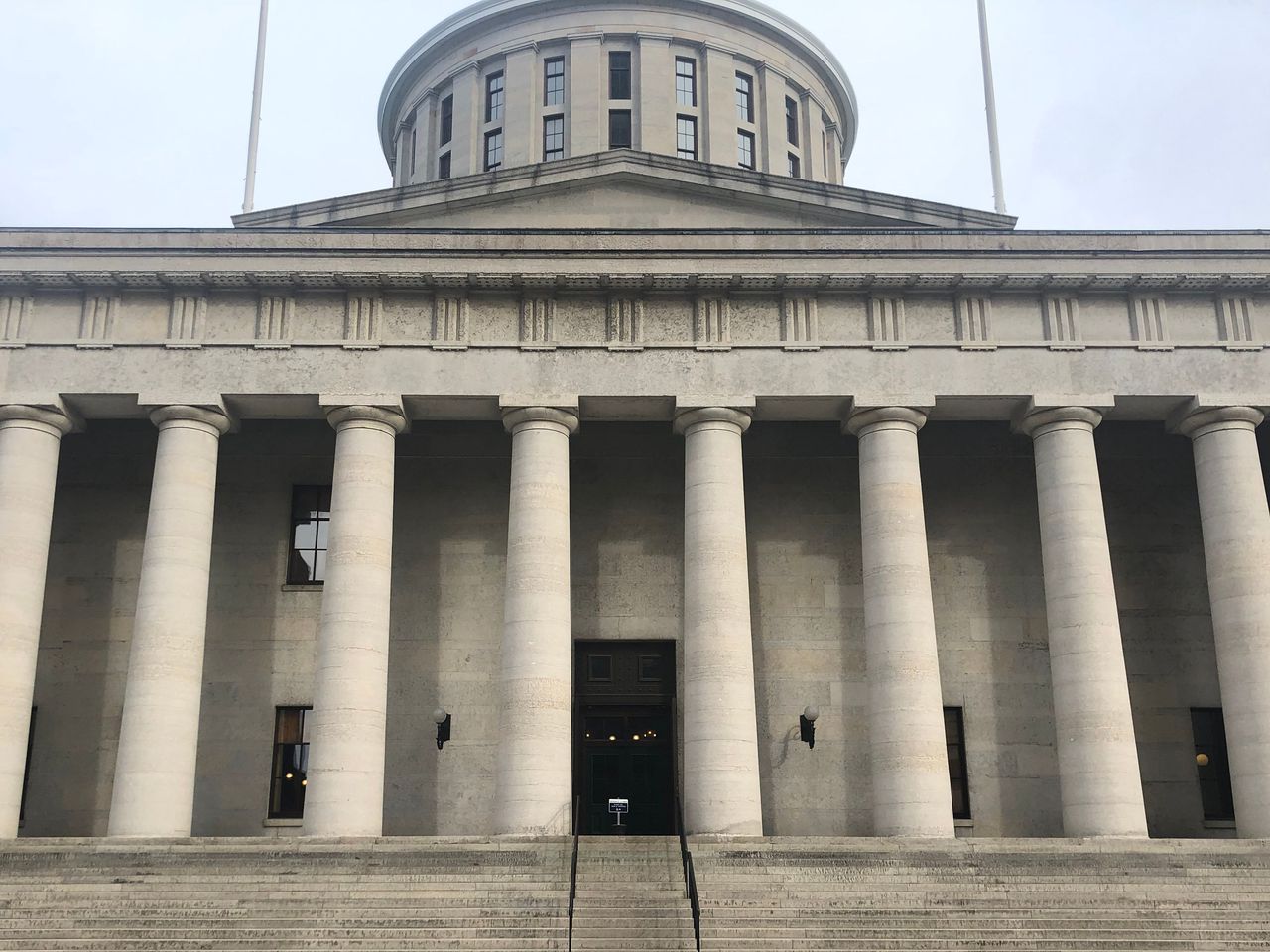 We got receipts: Redistricting has cost Ohioans more than $173,000 so far, Andrew Tobias writes. Democrats are responsible for $115,400, a larger share due to their reliance on outside consultants, including a Washington, D.C. firm that’s working for House Democrats. Expenses for Republicans meanwhile include $12,488 they spent buying supplies to build two custom computers outfitted with parts designed for high-end gaming, and more than $5,700 to reserve rooms at a Downtown Columbus hotel, which caucus spokesmen said was for employees to stay overnight after working late hours on redistricting-related tasks.

To the nines: On Friday, coronavirus cases exceeded 9,000, coming in at 9,019, Laura Hancock writes. The last time they’ve been this high was Jan. 8, when the vaccine hadn’t been in the state for even a month.

Hit me with your best shot: President Joe Biden’s announcement that the Department of Labor will mandate all companies with 100 or more employees to require their workforce be vaccinated or show weekly negative coronavirus tests got a critical reception from organizations that represent Ohio employers, while prompting lawsuit threats from Republicans who question its constitutionality, Sabrina Eaton and Julie Washington report. Ohio Attorney General Dave Yost said he suspects Biden’s actions are unlawful and that his office is reviewing the executive order and the relevant law to determine whether the state has standing to sue.

Stop the spread: In a Friday tweet, Gov. Mike DeWine said he thought Biden “made a mistake” with his announcement of a federal vaccine mandate for federal workers and contractors. The vaccine was the best tool for fighting the virus, DeWine said, but businesses should be allowed to make their own decision.

Taxing Wall Street: U.S. Sen. Sherrod Brown is using his perch as chair of the Senate Committee on Banking, Housing and Urban Affairs to attack a Wall Street practice that he contends prioritizes profits at the expense of people – the use of corporate cash to repurchase stocks instead of making investments, creating new jobs or raising wages, Eaton writes. He introduced legislation Friday that would impose a two percent excise tax on the value of any securities corporations repurchase, saying “it’s past time Wall Street paid its fair share and reinvested more of that capital into the workers and communities who make those profits possible.”

Fuel for thought: Cleveland’s NASA Glenn Research Center will play a role in a new federal drive to cut aviation emissions by 20% by 2030 through the use of sustainable fuels and to replace all fuel currently used in the nation’s jets with sustainable alternatives by 2050, reports Eaton. The Biden Administration announced Thursday that the Departments of Energy, Transportation, Agriculture, Defense, the National Aeronautics and Space Administration (NASA), the General Services Administration and the Environmental Protection Agency will collaborate to produce billions of gallons of sustainable fuel that will enable the targeted drop in aircraft emissions

Hate crimes: Updated hate crime statistics from Ohio increased the nationwide total of hate crimes in 2020 to its highest amount since 2001 and the third-highest since the federal government began tracking statistics, the Washington Post’s David Nakamura reports. With 580 hate crimes reported, Ohio saw a 41% increase over 2019, according to Ohio Department of Public Safety spokesman Bret Crow.

Prime treatment: Brown is among a group of six Democratic senators asking the U.S. Equal Employment Opportunity Commission to investigate Amazon for its treatment of pregnant workers, the Wall Street Journal’s Allison Prang reports. In a letter, the senators said Amazon faces seven lawsuits that it did not provide reasonable accommodations to pregnant workers such as more frequent bathroom breaks and fewer hours on their feet.

Five groups that have registered to lobby on House Bill 88, which would require commercial roofing contractors to get licenses from the Ohio Construction Industry Licensing Board. Sponsor Rep. Tom Patton introduced the bill Feb. 9. It’s had one hearing. State lobbying forms don’t indicate which side a lobbyist is on a bill.

“I was sitting in my office with John Glenn. The first plane hit the World Trade Center and ‘I said, look at that, a plane crashed.’ He said, ‘I can guarantee you that was no pilot.’ I’ll never forget that was the first comment. And he was right.”

Capitol Letter is a daily briefing providing succinct, timely information for those who care deeply about the decisions made by state government. If you do not already subscribe, you can sign up here to get Capitol Letter in your email box each weekday for free.

Trump IS running for president in 2024 race, his ex-Press Secretary Sean Spicer says... - The Sun
Benoît Hamon to Jacobin: “French Democracy Is Unquestionably in Crisis” - Jacobin magazine
Don't sleep on Arizona. It's got drama too. - Politico