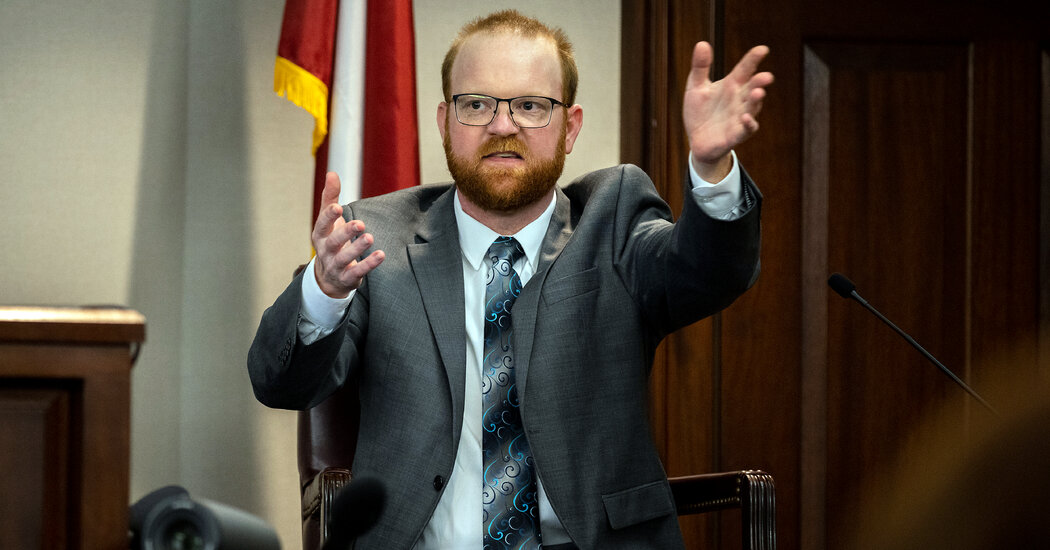 There is quite the convergence at the moment of race and justice as cases featuring white male defendants accused of everything from murder to insurrection dominate news coverage.

There is a virtual pageant of privilege as the country waits to see if our system of justice will deal as severely and unsparingly with these men as it has with others who were not white men.

All the cases are different, of course. Some are being adjudicated in the state courts, others in federal. Some have proceeded to sentencing, while others remain at the charging or trial stage. But the optics are somewhat consistent.

In the killing of Ahmaud Arbery, a 25-year old jogger who was chased and killed in a Georgia suburb, the jury is almost entirely white. As The New York Times has pointed out, “The jury, which is made up of residents from Glynn County, where more than a quarter of the population is Black, includes 11 white people and one Black person.”

The defense has even complained about the presence of Black pastors supporting Arbery’s family in the courtroom. This week, one defense lawyer tried to get the civil rights icon Jesse Jackson kicked out of the courtroom, saying:

Your honor, I would submit, with all respect to the Rev. Jesse Jackson, that this is no different than bringing in police officers or uniformed prison guards in a small town where a young Black man has been accused of assaulting a law enforcement officer or corrections officer.

The defense even called for a mistrial because of the presence of these preachers, but the judge dismissed the motion and called the defense’s comments about Black preachers “reprehensible.”

In the murder trial of Kyle Rittenhouse, who shot three protesters in Kenosha, Wis., killing two and injuring the third, the judge has acted more like a protective guardian watching over the accused than a dispassionate magistrate.

When the jury was selected, for instance, the judge denied requests to send questionnaires to the jury pool. He then wrapped up jury selection in a single day, even though what appears to be only one person of color had been selected. And he decreed that the men killed could not be called “victims” in his courtroom, but could potentially be called “rioters” or “looters.”

In the case of Jacob Chansley, the so-called QAnon Shaman who participated in the Jan. 6 insurrection shirtless wearing paint on his face and a fur pelt and horned helmet, he was sentenced Wednesday to 41 months in prison. But that was after his lawyer in February persuaded a federal judge to order the jail where Chansley was being detained to provide him with “a strict diet of organic meals,” according to The Times.

Steve Bannon, a former aide to Donald Trump, refused to comply with a subpoena from the House committee investigating the insurrection. He has been indicted by a federal grand jury for contempt of Congress.

Republicans in Congress were livid about the indictment and vowed revenge. As Politico reported: “Within hours of the indictment, Trump’s top GOP allies were strongly signaling that a future GOP-led House would use the threat of criminal prosecution to extract testimony from Biden’s aides.”

Then there’s the case of Representative Paul Gosar, who posted an animated video of himself cutting the neck of Representative Alexandria Ocasio-Cortez and holding a sword to President Biden’s face. Gosar refused to apologize. The House did censure him, but the vote was largely along party lines: Only two Republicans joined the Democrats.

Race hangs heavy over all these cases. They involve white vigilantes who stalked and killed a Black man, and a young man who killed two people at a protest that was in solidarity with Black Lives Matter. They involve white men who sought to overturn a fair election in which people of color secured a victory for Biden over a white nationalist president, and a white man who defied Congress to protect those white nationalists. And finally, they involve a man who posted a violent video about killing a woman of color in Congress.

We already know the outcome of two cases. I don’t know how the others will end. But in any case, the damage was already done by the original offending action.

They were all grand demonstrations of brazenness, by men behaving as if they were above the law, as if the law didn’t truly apply to them.

Some are being held accountable, but it is only because they were born in a country that gives white men passes others don’t get, that they were able to scoff at the rules without thinking that they would face any repercussions.

As others have noted, Trayvon Martin was 17 when he was killed, the same age Rittenhouse was when he did the killing. Martin was thugified; Rittenhouse is being infantilized. That, in one example, demonstrates for and against whom American justice is weighted.