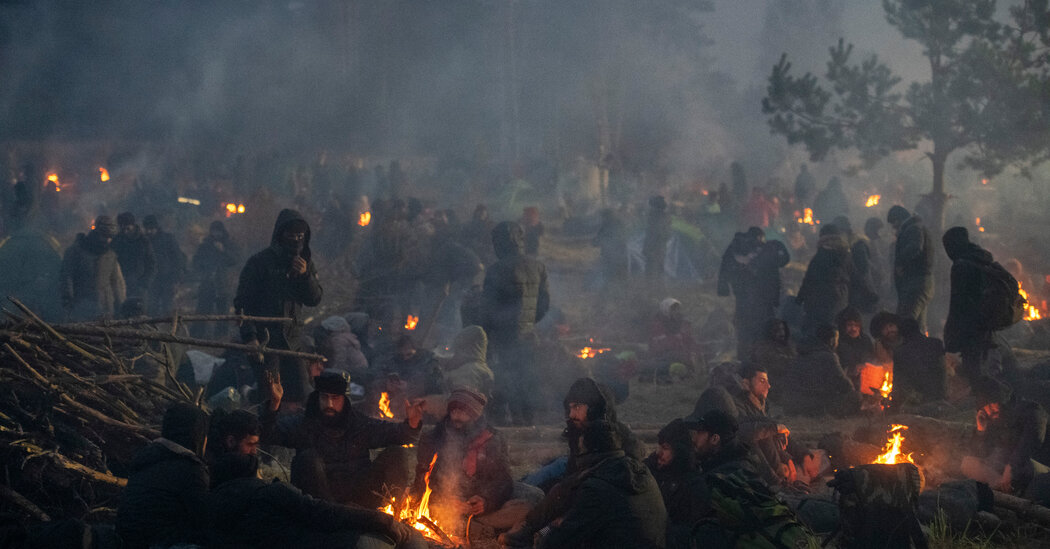 By design, the European Union is now dependent on the good will of autocratic regimes for the maintenance of its borders. Human misery has become an acceptable bargaining chip: The men, women and children on the Polish border were just the latest to be caught in the middle. Trapped between heavily armed Polish and Belarusian border guards, in freezing conditions and with meager food supplies, they faced a perilous situation. At least 11 people died.

The European Union focused on Mr. Lukashenko, decrying his “inhuman” actions. But those words ring hollow when Poland, a member state, forced people back over the border and fired tear gas and water cannons at them. It also barred journalists, aid workers and international observers from the border zone. And yet, remarkably, Poland came under no pressure from the union to open its border to the most vulnerable. It instead enjoyed the bloc’s full support.

European officials use the language of moral superiority and humanitarianism without the policies to back it up, weakening their authority to call out countries such as Belarus and Russia. They should start redressing those double standards immediately. In the first instance, the European Commission must pressure Poland — wielding the threat, or even reality, of punishment — to allow humanitarian access to the border zone where necessary and to process asylum claims of people on its territory.

That should be the first step in a new approach to migration, opening more legal pathways for work visas and refugee resettlement, while developing a functioning asylum system in which the burden is shared throughout the bloc. None of this will be easy — right-wing, anti-migrant sentiment is widely entrenched across the continent — but the benefits would be broad. It would strengthen the bloc’s moral standing, for one, and open up its societies to the gains well-controlled migration can bring.

But, fundamentally, it makes strategic sense. Chaotic scenes at borders are not a good look. By treating asylum seekers on its soil not as a worst-case scenario, but as a manageable situation to be met with compassion and solidarity, Brussels would send a powerful message to the world. Its antagonists would know that there would be no point trying to blackmail it in future.

But if the bloc allows death and suffering to become the default, the line between authoritarian regimes and the European Union will blur even more. For those keen to undermine democracy and human rights, nothing could be better.