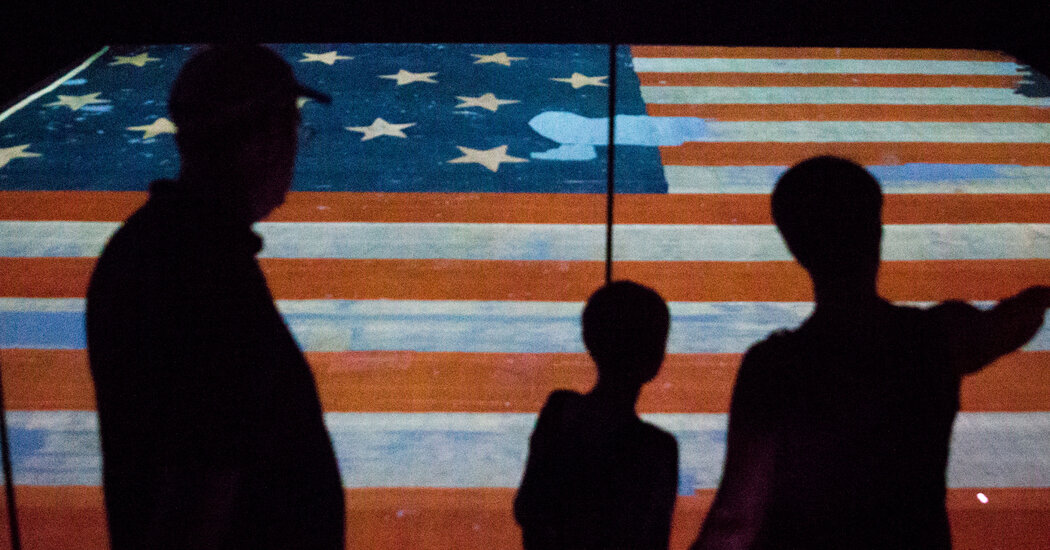 Democracy has been tested this year by divisive voting and election administration laws in states like Georgia and Texas.

But those are not the only state moves that are putting strains on our democracy. From Arizona in 2000 to California, Michigan, Colorado, Missouri, Utah and Virginia since then, voters took it upon themselves via ballot initiatives to put independent commissions in place for the 2021 redistricting cycle. The clear message: to keep politicians and partisan operatives as far away as possible from drawing districts and tilting state legislative and congressional maps in their party’s favor for the next decade.

Yet as a new cycle begins, the ballot-initiative efforts and independent commissions on redistricting appear to have been undermined by partisans. Operatives have managed to exploit loopholes and, in some states, shredded the very notion of fair maps before a single line has been drawn.

Those discouraging efforts to thwart the people’s will — combined with congressional inaction on the Freedom to Vote Act and the Supreme Court’s 2019 decision to close the federal courts to partisan gerrymandering claims — suggest there could be few brakes on gerrymandering run amok.

To secure our democracy and fair elections, there may be only one path available — reforming the very structure of House elections.

Opinion Debate Will the Democrats face a midterm wipeout?

In recent weeks, efforts in Arizona, Ohio, Michigan and Virginia have been a cruel awakening for those who had hoped commissions might bring balance.

The weak construction of a five-member Independent Redistricting Commission has left it vulnerable to partisan hijacking. The Republican effort to pack it since Gov. Doug Ducey took office in 2015 has been particularly brazen. The commission has two Republicans and two Democrats. The tiebreaking chair is a registered “independent” (and former Republican) who has nevertheless donated tens of thousands of dollars to mostly Republican candidates (including Mr. Ducey) in the past decade. Major decisions by the board have typically resulted in a 3-2 vote, with the chair siding with Republican members, including the hiring of a mapmaking firm that has come under harsh criticism for drawing lines unfavorable to Latino communities (the firm has denied the criticism).

In 2015, Ohio voters toughened redistricting rules for state legislative maps, and in 2018, legislators and redistricting reformers compromised on modest guardrails that made it more difficult for the majority party to dominate and redraw congressional maps without bipartisan input. Not difficult enough, however, for Republicans. The 2015 constitutional amendment — ratified by more than 70 percent of Ohioans — insists that maps neither favor nor disfavor a political party and must “correspond closely to the statewide preferences of the voters,” based on the previous decade’s election results. That would suggest a roughly 54-46 breakdown, with Republicans in the majority.

But in the new maps, Republicans are at an advantage in 70 percent of State Senate races and 62 percent of State House matchups. That would provide veto-proof supermajorities. Republicans in the State Senate justified this by citing Republican victories in 13 of 16 statewide races during the 2010s; they said that it entitled Republicans to as many as 81 percent of legislative seats. Even Ohio Gov. Mike DeWine, a Republican who voted for the maps, conceded they could be more “clearly constitutional.” The A.C.L.U., the Brennan Center for Justice and national Democratic organizations have already challenged the maps in court.

In 2018, over 60 percent of voters amended the state Constitution after nearly a decade in which Democratic State House candidates regularly won more votes but Republicans always won more seats. Jeff Timmer, the Republican mapmaker who was involved in drawing those lines, later apologized for the extremism his work helped unleash.

Voters wanted partisans out of the room — but they have still found a way in. When it came time to hire a litigation counsel, the redistricting commission ended up with a firm, BakerHostetler, that has a history of defending extreme partisan gerrymandering in North Carolina, Pennsylvania and Ohio. It will not draw the maps (and it said that Republican clients would not influence its defense of the commission’s work). Still, the commission’s draft congressional maps suggest a strong Republican bias. On Twitter, Mr. Timmer wrote that he “wouldn’t have dared make public something this gerrymandered. I know, because I drew maps this gerrymandered and we buried them in a drawer.”

The presence of Republican and Democratic lawmakers on Virginia’s redistricting commission mired early meetings in so much bitter partisanship that they could not agree to hire a single law firm or mapmaker — so they went for two, one for each party. (A potential compromise map has been recently proposed.)

“I think this is not what citizens voted for when we started this process,” said Greta Harris, a commission co-chair. Last week, a Princeton Gerrymandering Project analysis showed that maps drawn by both parties would reduce the number of districts where minority voters could sway the election.

There are similar concerns in Colorado, where earlier this month the Campaign Legal Center and the League of United Latin American Citizens asked the commission to rethink a congressional map they suggested would aid Republicans and dilute Latino votes by splitting them across three districts.

Democrats aren’t entirely immune to these games in the states where they might be able to control the process. In New York, with full party control in Albany, Democrats have reportedly been tempted to scrap the work of the state’s independent redistricting commission and draw their own deeply gerrymandered congressional map.

Part of the problem is that there’s too much riding on these lines. Republicans need to flip just five seats to regain control of Congress. With few remaining swing seats, both parties will look to make gains any way they can.

If these commissions falter, the consequences could reverberate for years. A gerrymandered congressional map in Arizona, for instance, could hand Republicans as many as three additional congressional seats and bolster the party’s rapidly shrinking edges in the State House and Senate.

This abuse of independent commissions has strengthened the case for a bill (from Representative Don Beyer of Virginia) that would structure House voting into multimember districts and ranked-choice voting. This approach features districts much larger than our current tiny congressional ones, and each would elect more than one person, at once, to represent the region. Reimagining a system based on single-member districts might be the only way to de-emphasize individual lines and curb the worst gerrymandering.

Voters wanted the partisan manipulation to end. What they’ve got instead is partisans in too many states twisting redistricting commissions into something resembling the old back rooms, determined to continue contorting legislative maps — and democracy itself — into something all but unrecognizable.

David Daley (@davedaley3) is the author of “Unrigged: How Americans Are Battling Back to Save Democracy” and a senior fellow at FairVote.