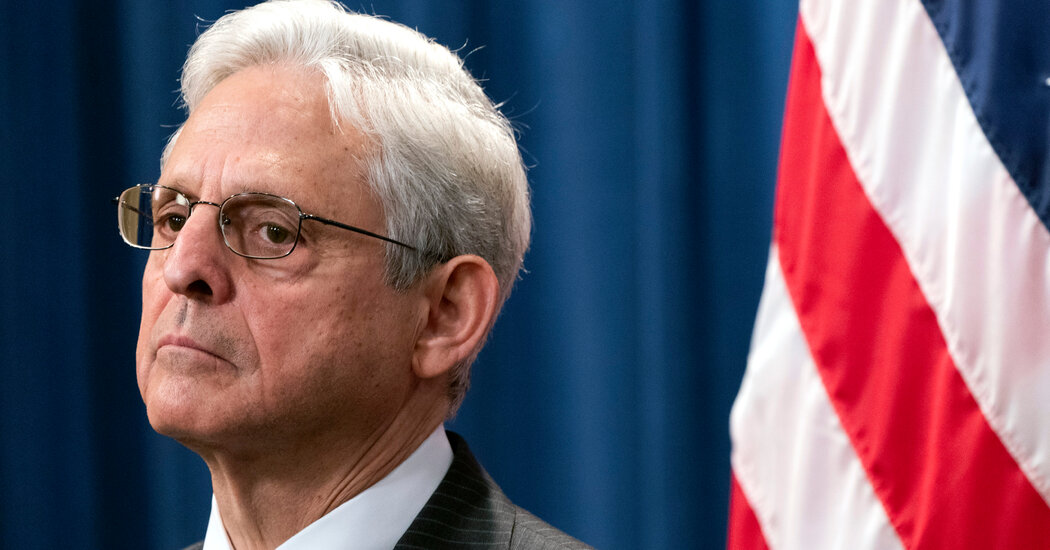 Re “What Garland Needs to Decide Before Charging Trump,” by Jack Goldsmith (Opinion guest essay, June 22):

If Professor Goldsmith is right, American democracy has already lost. In spelling out the difficulties that Attorney General Merrick Garland must overcome in order to prosecute Donald Trump in connection with the Jan. 6 insurrection, Mr. Goldsmith all but concludes that the task is impossible. Prosecution will be portrayed as a political vendetta. Proving Mr. Trump’s guilty intent will be exceedingly hard, making an acquittal likely. And an acquittal will be seen by Mr. Trump and his supporters as a vindication.

At the same time, Mr. Goldsmith concedes that a decision not to prosecute Mr. Trump will effectively place the president above the law. This bodes ill should Mr. Trump or someone like him again occupy the Oval Office.

Is this really Mr. Garland’s only choice: a trial that threatens to tear an already divided nation apart, or allowing Mr. Trump to get away scot-free at the cost of undermining the rule of law? For the sake of democracy, there must be another option.

Stephen Newman
Toronto
The writer is an associate professor of politics at York University.

Jack Goldsmith is right to praise Attorney General Merrick Garland for “gathering as much information as possible” before deciding whether to prosecute former President Donald Trump for defrauding the American people and interfering with the work of Congress.

Professor Goldsmith is wrong, however, to suggest that Mr. Garland’s decision to indict Mr. Trump would be “a cataclysmic event from which the nation would not soon recover.” The cataclysm is already here, and it is of Mr. Trump’s making, not Mr. Garland’s.

Once and for all, we must stop Donald Trump’s big lies, his intimidation of anyone who opposes him and his thinly veiled calls to violence. The only solution is to impose the forceful countermeasures of the law.

Mr. Trump rode the whirlwind, and he must now reap the consequences if our democracy is to survive.

Eric W. Orts
Philadelphia
The writer is a professor of legal studies and business ethics at the Wharton School of the University of Pennsylvania.

I’m so tired of hearing about the damage we may inflict on the nation and the presidency by holding Donald Trump to the same standard as any other citizen. Such concerns must be weighed against the very real damage caused by future presidents following the precedent he has established, operating the White House like a mob boss and pardoning his cronies when they do his bidding.

This is a crossroads for America. We can have only one standard for justice. Afford Donald Trump the same justice as any other citizen and let the chips fall where they may. When in doubt, perhaps it’s time to just default to doing the right thing.

Jack Goldsmith suggests that, in weighing whether to indict Donald Trump, Attorney General Merrick Garland must consider “whether the national interest would be served by prosecuting Mr. Trump.” It is, he argues, “a judgment call about the nature, and fate, of our democracy.”

Quite so. And that is why Mr. Goldsmith errs in suggesting that the judgment should be made by Mr. Garland. Rather, it should be made by President Biden in deciding whether to pardon Mr. Trump. That is how the issue was resolved when President Gerald Ford pardoned Richard Nixon, a compelling precedent for the current situation.

Jack Goldsmith’s masterful exposition of the problems arising from seeking to hold Donald Trump criminally liable highlights the tragedy of the failure to remove him through the impeachment process. History will judge craven senators like Ted Cruz, Josh Hawley and Tom Cotton as the villains responsible for an American tragedy. They knew better but refused to risk their personal political ambitions.

How sad for America that the lessons of “Macbeth” elude so many United States senators.

Allan Roth
Auburndale, Mass.
The writer is a lawyer and a retired professor from Rutgers law and business schools.

Jack Goldsmith identifies very legitimate concerns facing Attorney General Merrick Garland as he wades through the complexities of indicting, charging and prosecuting Donald Trump. And yet, it seems to me unconscionable and immoral to let Mr. Trump slither away from accountability given the mountain of evidence proving beyond any doubt that he very intentionally attempted to subvert the 2020 election.

A possible Plan B? The district attorney of Fulton County, Georgia, must move forward immediately and indict and prosecute Mr. Trump under that state’s laws. With the addition of the fruits of the Jan. 6 committee’s investigation, there is now more than enough evidence to charge Mr. Trump with state felony offenses that would likely land him behind bars and prevent him from ever running for public office again, which is the very least of what he deserves and this country needs.

Laurie Korenbaum
Brooklyn
The writer is a former federal prosecutor.

The nation is being held hostage by a sore loser. If Donald Trump is not held accountable for the events of Jan. 6, the precedent is set for every future election when the loser doesn’t agree with the outcome. We would invite anarchy in every election.