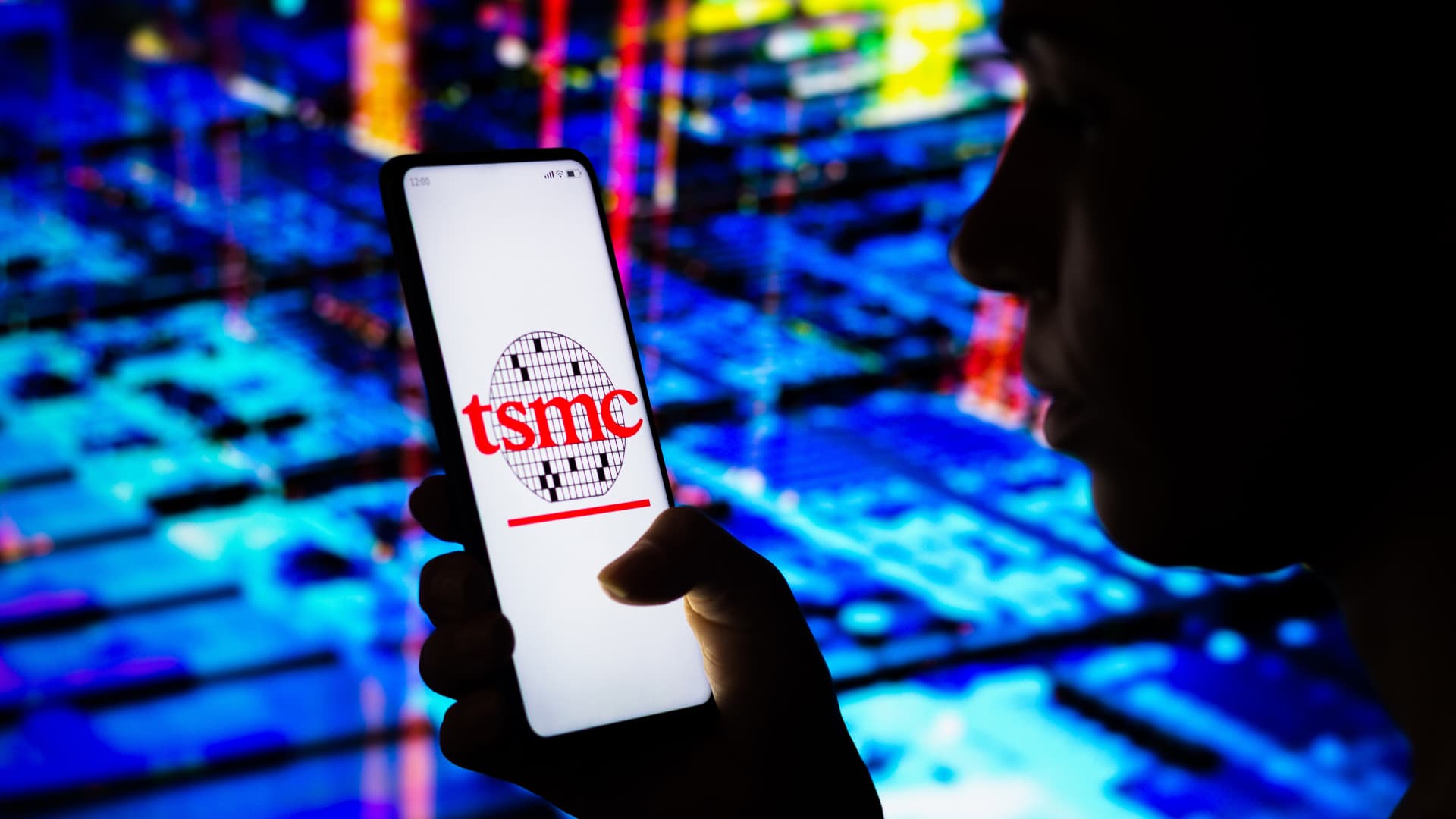 Taiwan Semiconductor Manufacturing Company (TSMC) is the biggest contract chipmaker in the world. But it has been thrust in the middle of U.S.-China geopolitical tensions. logo displayed on the screen.

U.S. House Speaker Nancy Pelosi may have left Taiwan but the visit has cast a spotlight once again on the island’s critical role in the global chip supply chain and in particular on the world’s biggest chipmaker, Taiwan Semiconductor Manufacturing Co., or TSMC.

The controversial visit, which angered Beijing, saw Pelosi meet with TSMC Chairman Mark Liu, in a sign of how critically important semiconductors are to U.S. national security and the integral role that the company plays in making the most advanced chips.

Semiconductors, which go into everything from our smartphones to cars and refrigerators, have become a key part of the U.S. and China’s rivalry over technology in the past few years. More recently, a shortage of semiconductors has spurred the U.S. to try to catch up with Asia and maintain a lead over China in the industry.

“The obvious reason being its crucial strategic importance as a chip manufacturer and in the global semiconductor supply chain.”

Pelosi’s visit to Taiwan and meeting with TSMC show the U.S. can’t do it alone and will require collaboration with Asian companies that dominate the most cutting-edge chips.

TSMC is a foundry. That means it manufactures chips that other companies design. TSMC has a long list of clients from Apple to Nvidia, some of the world’s biggest technology companies.

As the U.S. fell behind in chip manufacturing over the last 15 years or so, companies like TSMC and Samsung Electronics in South Korea, pushed ahead with cutting-edge chipmaking techniques. While they still rely on tools and technology from the U.S., Europe and elsewhere, TSMC in particular, managed to cement its place as the world’s top chipmaker.

When you add Samsung into the mix, which has 15% of the global foundry market share, then Asia really dominates the chipmaking sphere.

That’s why Pelosi made it a point to meet with TSMC’s chairman.

China views democratically, self-ruled Taiwan as a renegade province that needs to be reunified with the mainland. Beijing spent weeks telling Pelosi not to come to Taiwan.

During her visit, China ratcheted up tensions by carrying out military drills.

There is a concern that any kind of invasion of Taiwan by China could massively affect the power structure of the global chip market, giving Beijing control of technology it had not previously had. On top of that, there is a fear that an invasion could choke off the supply of cutting-edge chips to the rest of the world.

“Most likely, the Chinese would ‘nationalize it,’ (TSMC) and begin integrating the company, and its technology, into its own semiconductor industry,” Abishur Prakash, co-founder of advisory firm the Center for Innovating the Future, told CNBC via email.

How does China stack up?

SMIC is crucial to China’s ambitions, but sanctions have cut it off from the key tools it requires to make the most cutting-edge chips as TSMC does. SMIC remains years behind its rivals. And China’s semiconductor industry still relies heavily on foreign technology.

TSMC does have two chipmaking plants in China but they are producing less sophisticated semiconductors unlike the manufacturing facility in Arizona.

The U.S. has been looking to form partnerships on semiconductors with allies in Asia including Japan and South Korea as a way to secure supply of the crucial components and maintain a lead over China.

TSMC meanwhile is caught in the middle of the U.S.-China rivalry and could be forced to pick sides, according to Prakash. Its commitment to an advanced semiconductor plant in the U.S. could already be a sign of which country it is siding with.

“In fact, a company like TSMC has already ‘picked sides.’ It’s investing in the U.S. to support American chip making, and has said it wants to work with ‘democracies,’ like the EU, on chip making,” Prakash said.

“Increasingly, companies are striking an ideological tone in who they work with. The question is, as tensions between Taiwan and China increase, will TSMC be able to maintain its position (aligning with the West), or will it be forced to recalibrate its geopolitical strategy.”