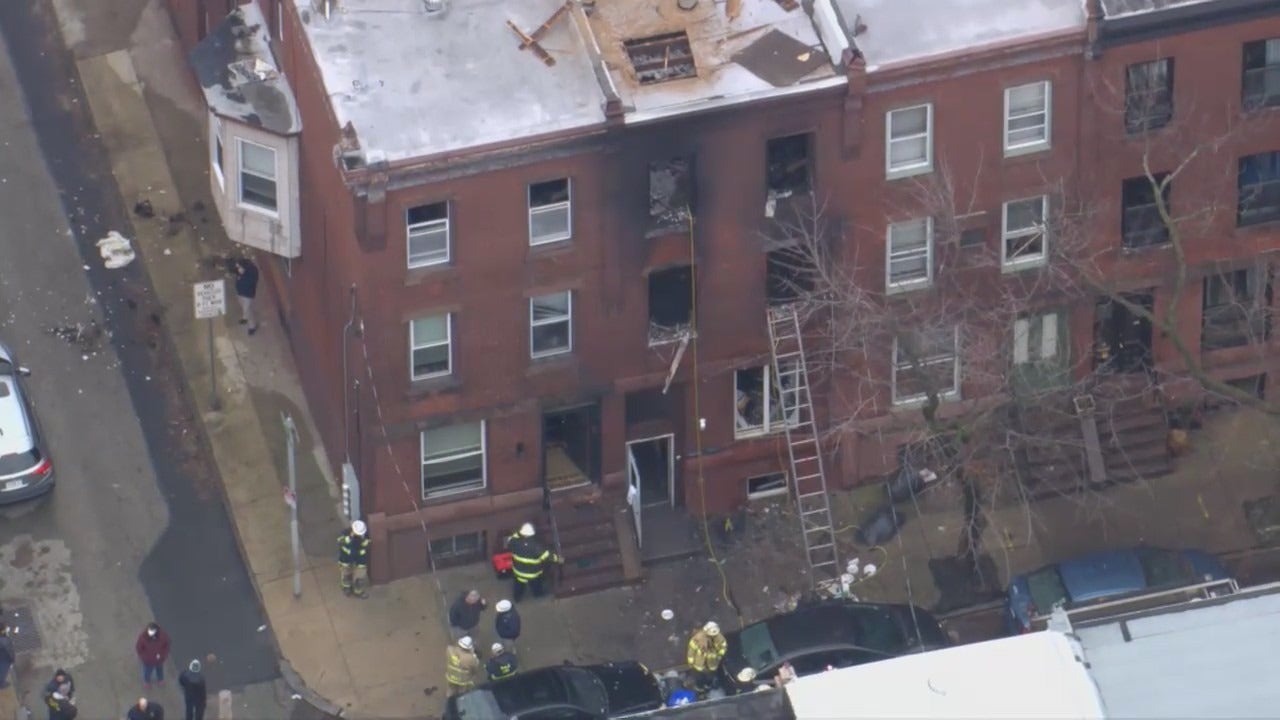 Family members and neighbors express disbelief over so many lives lost in the Fairmount deadly fire.

Fire officials say that companies began working to put out the fire, and in the process discovered that there were multiple fatalities.

Wednesday night, authorities confirmed that the fire claimed the lives of 12 people, including eight children. That total was one less than officials provided during a press conference on the morning of the fire. The ages of the victims have not yet been released.

The victims were escorted to the Medical Examiner’s Office later, Wednesday evening, by police and fire officials.

Firefighters escort the bodies of the Fairmount fatal fire to the Medical Examiner’s Office.

Two other victims, including a child, were taken to area hospitals and listed in critical, but stable condition.  Eight people were able to safely evacuate the home, according to fire officials.

“This is without a doubt one of the most tragic days in our city’s history,” Philadelphia Mayor Jim Kenney said Wednesday morning, as he called for prayers. “Losing so many kids is just devastating.”

The property is owned, operated, and inspected by the Philadelphia Housing Authority (PHA) and had been split into two units. Officials say as many as 26 people lived in the building, with eight living in the lower unit and 18 living in the upper unit. PHA said the family lived at the address since 2011, beginning their time in the home with six people. Their family expanded, but PHA said they did not ask for a larger house.

FOX 29’s Jeff Cole asked PHA officials if 26 people was an appropriate number to be living in the property, and a spokesperson stated that it was not.

Philadelphia Housing Authority President & CEO Kelvin A. Jeremiah released a statement on the fire and smoke detectors on Wednesday afternoon.

“This unimaginable loss of life has shaken all of us at PHA. It is too early for us to say more. The property was last inspected in May 2021, and all the smoke detectors were operating properly at that time. The Fire Department, ATF and others are handling the investigation. Any information on the cause will come through them. Our primary goal right now is to support our residents in any way we can.”

SKYFOX was over the scene of the deadly fire later Wednesday morning. ( )

Meanwhile, many have questioned the absence of a fire escape that could have provided an additional escape route for the victims trapped inside. The Department of Licensing and Inspection (L&I) said a two-family, three-story row home is not required to have a fire escape and claim the front door as its only exit.

Deputy Fire Commissioner Craig Murphy said during a briefing late Wednesday morning that only two potential exits could be identified in the building due to its configuration.

Fire officials say they are working with the Fire Marshal’s Office and ATF in order to determine the cause of the fire.

“We plan on making sure that this tremendous loss of life did not happen in vain,” said Deputy Fire Commissioner Murphy.

Murphy also called the fire one of the worst he’s ever responded to in his 35 years on the job.

During Wednesday morning’s press conference at the scene, city and fire officials were asked about potential issues regarding 9-1-1 calls and an inability to get through to dispatchers.

City officials clarified in their updated Wednesday night that they received 36 9-1-1 calls regarding the fire between 6:36 a.m. and 6:39 a.m. Wednesday morning. They say the first call at 6:36 was answered immediately, and the call taker got information on the fire’s location and transferred the call to fire communications less than a minute later. Fire personnel were dispatched at 6:38 a.m. and arrived on scene two minutes later.

Neighbors tell FOX 29’s Steve Keeley they woke up after 6 a.m. to the sound of screams that sounded as if they were coming from the street and not inside the home. One of the neighbors shared video that appeared to show flames coming from the second floor of the home.

Other residents who live nearby tell FOX 29 that they would often see children playing outside of the property and that there was a lot of activity around the home.

The cause of the fire remains under investigation, though Deputy Commissioner Murphy said that it is ‘not necessarily’ considered suspicious at this time. The Philadelphia Fire Department and Fire Marshal’s Office are leading the investigation.