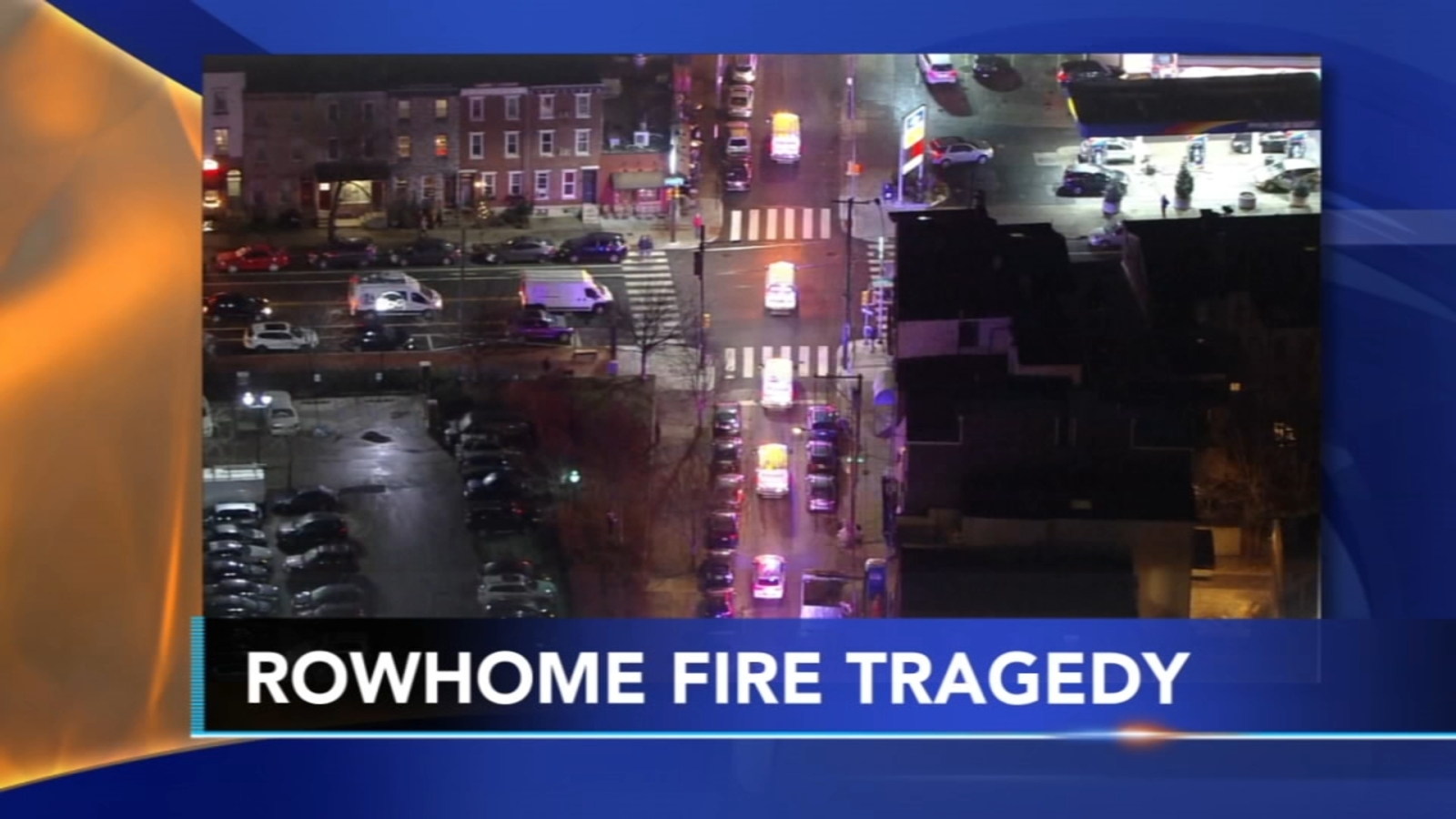 PHILADELPHIA (WPVI) — The Philadelphia Fire Department says eight children and four adults were killed after a house fire erupted in the Fairmount section of the city on Wednesday morning, the deadliest fire in the city in more than a century.

A fire official said the number of fatalities is “dynamic,” indicating the number of those killed could change as the recovery continues.

“Without a doubt one of the most tragic days in our city’s history,” Mayor Jim Kenney said at a news conference. “Losing so many kids is just devastating… Keep these babies in your prayers.”

Fire officials said 18 people were living in the upstairs apartment known as Unit B, which was comprised of the 2nd and 3rd floors of the duplex. Another eight people lived on the first floor, Unit A.

However, the Philadelphia Housing Authority said they were only aware of 14 residents in Unit B when they did their last occupancy recertification in October.

There was no immediate word on the cause of this fire, but sources tell Action News that investigators are looking into the possibility the blaze might have been sparked after a child started a Christmas tree fire.

Sources say most, if not all, of the fatalities were from Unit B.

“As with all fires that result in serious injury and loss of life in Philadelphia, the District Attorney’s Office is prepared to work with our partner agencies, in the event that any criminal act is involved,” Krasner said. “To be clear, we are not involved at this time, as this investigation is in very preliminary stages. “

As relatives and friends hugged and cried throughout the day, it was impossible to calculate the pain.

Qaadira and Jacuita Purifoy say they lost their three sisters and their eight children. They identified one of them as 32-year-old Virginia Thomas.

A second sister, identified as Rosalee McDonald, also perished in the blaze, along with her six children: three boys and three girls.

Amidst the pain and the grief, a solemn procession of police vans carried the bodies of the victims to the medical examiner’s office Wednesday night.

Van after van passed through the intersection of 23rd & Parrish streets as relatives and friends looked on in deep sorrow trying to make sense of the tragedy.

Isaiah Brown said several of the victims were his cousins, but he loved them like brothers and sisters.

Deputy Fire Commissioner Craig Murphy noted that it was a large number of people to be occupying a duplex, but a spokesperson for Philadelphia’s Department of Licenses and Inspections said the city does not limit the number of family members who can stay in a single unit.

In all, fire officials said a total of 26 people were living in the duplex, though, officials stressed that number could change.

“You don’t know the circumstances of each and every family, and maybe there were relatives and family that needed to be sheltered,” Kenney said. “Obviously the tragedy happened, and we all mourn for it. But we can’t make judgment on the number of people living in the house because sometimes people just need to be indoors.”

The fire broke out around 6:40 a.m. in the 800 block of N. 23rd Street. Firefighters arrived to find heavy flames shooting from the second story of the three-story row house.

The odd configuration of the building – originally a single-family home that had been split into two apartments – made it difficult to navigate, Murphy said.

The fire department said it took about 50 minutes to bring the fire under control. The view from the Action Cam and Chopper 6 showed multiple fire crews on the scene.

There were no working smoke detectors in the home, fire officials said.

RELATED: How to get free smoke alarms for your home

It was not known why those smoke detectors didn’t work.

The duplex is a Philadelphia Housing Authority property. In a statement, PHA President and CEO Kelvin A. Jeremiah confirmed the property was last inspected in the spring, and all smoke detectors were “operating properly at that time.”

“The Fire Department, ATF and others are handling the investigation. Any information on the cause will come through them. Our primary goal right now is to support our residents in any way we can,” Jeremiah said.

PHA spokesperson Kirk Dorn says the family moved into Unit B roughly a decade ago, and at the time six people occupied it. Over the years the family expanded with young children.

Dorn says the family never requested to be moved to a larger unit. He says due to the pandemic and demand for low-income housing, PHA could not move the family to a five-bedroom home, but it’s unclear why the family wasn’t split up into two smaller homes.

Eight people were able to get out of the house, officials said.

Two people were taken to the hospital. One went to Children’s Hospital of Philadelphia and one went to Temple University Hospital. There was no immediate word on their conditions.

Neighbor Bill Richards who lived on the block for 24 years says he heard a woman yell, “Oh my God! Oh my God!”

He then heard fire trucks and came outside.

“It’s very upsetting,” Richards said. “I just can’t wrap myself around it.”

Richards spoke about a young man he has watched grow up who lives in the building.

Lindsay Hull told Action News she came upon the scene at 7 a.m. She saw stretchers.

She said her friend lives in the building next to the rowhome.

Mayor Kenney was on location talking to fire crews. Action News reporter Katherine Scott said the mayor slumped when he heard the news.

People could be seen sobbing uncontrollably outside the burned-out home.

Neighbors told Action News they woke up to smell the smoke and could hear the sirens. They looked outside to see the street lined with fire trucks.

She told Action News about another fire that happened before Thanksgiving on the same block.

First lady Jill Biden, who along with President Joe Biden has deep ties to the Philadelphia area, tweeted, “My heart is with the families and loved ones of the victims of the tragic fire in Philadelphia.”

My heart is with the families and loved ones of the victims of the tragic fire in Philadelphia.

This is the deadliest single fire in Philadelphia in at least a century.

Before this, the city’s deadliest fire was in October 1901. A fire in an eight-story building on the 1200 block of Market Street killed 22 people.

A family of nine, including seven children, died in a fire back in 1967 on Parrish Street.

Then in May 1985, 11 people died on the 6200 block of Osage Avenue when police dropped explosives on the roof of a house where members of the group MOVE were holed up.